The idea of many connected devices helping better control the factory floor is not new. IoT in one sense is merely a shift to internet addressable devices versus those either addressed by proprietary means or just “dumb”.

What do you feel has been the most instrumental advancement within the IoT, as a whole?

The proliferation of Ethernet/internet connected devices…..at lower levels and with an ever increasingly number of products.

How would you define The Industrial Internet of Things?

Industrial controllers, actuators and sensor equipped machines and facilities all internet addressable with software to understand both process and equipment status.

Which devices do you think will be instrumental in the advancements of the future of the IoT?

What are some of the top takeaways from the IoT that can be applied to mainstream business?

From the Industrial perspective, you must measure to control/improve……of course this has been done to some degree with various KPIs by mainstream business….but the concept of closed loop control and constant feedback may not be is as ingrained in business yet.

What is the biggest barrier to overcome to reach a more widely established IoT?

The label IoT……About ten years ago…..this was labeled Machine to Machine (M2M) and before that the pervasive internet.

Can you describe a scenario where the see the IoT plays a role on the factory floor?

The idea of many connected devices helping better control the factory floor is not new.  IoT in one sense is merely a shift to internet addressable devices versus those either addressed by proprietary means or just “dumb”.

Where do you see the idea of the IoT in the next 10 years?

Many more devices will be internet addressable. Also another label will be used instead of IoT.

What is the greatest positive the IoT brings to factory robotics?

Awareness of the value of connectivity. 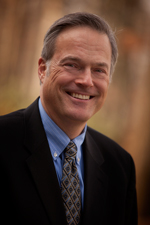 About Mark G. Knebusch
Mark G. Knebusch is the vice president of marketing for Softing Inc., a leading provider of industrial communication products and technologies for manufacturing and process automation. Mark is based in Knoxville, Tenn. and can be reached at mark.knebusch@softing.us. For more information about Softing Inc., visit http://industrial.softing.com.