The Yosemite incident, and others in America and Australia, are representative of wider discussions that need to be brought to the publics doorstep if respect for when and where to use drone technology can be instilled as an agreed-upon standard of general practice. 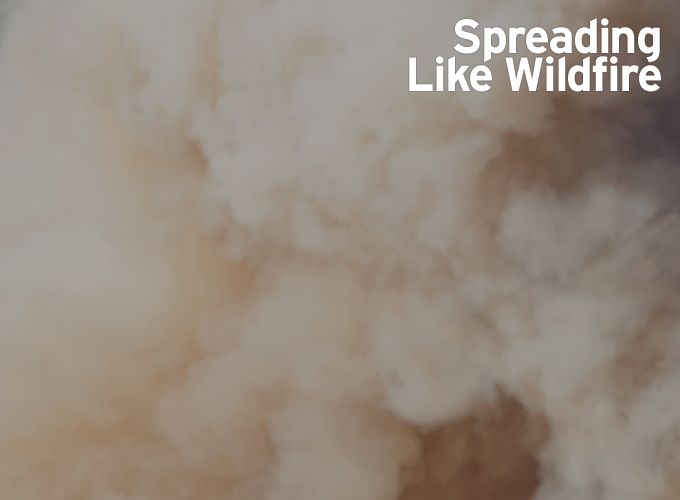 Normally I’d ask a readership to picture this scene, but I’m guessing you don’t really have to. So imagine – or bring yourselves back to – the snap of burning trees, a wall of heat, and smoke clouds searing the horizon, which stretches across acres of fragile country. Flames whip the air hundreds of feet up, raging and unquenched. Not often is a reminder of our powerlessness so thoroughly realised, because it is fire of the most primal kind, kindled from a planet that’s heating up ever faster for our sins. Huge tracts of land are at risk from wildfire. Homes and communities, too. It is a rebuff to our illusion of control, our perceptive sense of confidence, the great natural display that makes you think the way a child might at a distant star. It’s only good to know the scale of what we’re up against. And in the case of fighting wildfire, having that perspective is vitally important. If our climate is becoming more hostile, we must adapt to it, and that means invention and staying alert for new ideas.

Luckily, a fairly novel concept is rising from the margins of public awareness to join the fight against the world’s deadliest blazes. UAV drone technology is advancing at a rapid rate; its use in the construction industry, as a means of mapping terrain and supporting logistical operations, has already established UAVs as a cost-effective, agile tool for panoramic surveillance. People are only now realising that a real-time feed of a bird’s-eye view, unbound by the limitations of large, expensive aircraft, has unbridled potential to serve the most crucial aspects of an investment. And when you’re fighting fires, invested in saving real human lives, the capabilities of drones are thrown into even more urgency. Their involvement in firefighting has been marred by commercial models making sporadic ‘interventions’ in contained areas, frustrating those eager for drone restrictions to be lifted in many situations where UAVs, with the right operators, could make a big difference in aiding an emergency. Yet the positives far outweigh any reservations you can attach to them, as the best tools are justified in the right hands, leaving the opinion of drones as an annoyance looking lame and nervous next to the rewards they can reap.

First, the bad news – commercial drones are a problem for fire services. Numerous reports have emerged concerning numbers of aerial support craft called down from doing their job thanks to an errant drone whipping though their airspace. Like every other wrinkle in the fabric of our lives, wildfires have a voyeuristic appeal for Joe Average: like I said, disaster on this scale in inherently fascinating, so it’s hard to blame people for being curious. The hard line, however, is that flying guidelines for UAVs are not properly understood by an overwhelming amount of the public. Common sense can be lost in the smallest prospect of getting incredible camera footage; this we know, and encounter every day in blogs and news feeds, but it’s still disappointing to see how emergency response teams can be undone by selfish behaviour. For example, efforts to contain a massive forest fire in Yosemite National Park this July were brought to a halt by a drone craft from an unidentified user, flying at 11,000 ft. (which is actively contemptuous of the FAA’s 400 ft.-max guidelines). Support plans and tankers were grounded that afternoon as the presence of the drone added an extra element of risk to the operation. In the time it took to recall emergency aircraft, 3 ½ square miles of woodland were reduced to ash. This is not an isolated case, and seems to be percolating in the American consciousness: the FAA subsequently began promoting an awareness campaign, while the Californian government announced they were offering a $25,000 reward for turning in any future transgressors of UAV flight practices.

The Yosemite incident, and others in America and Australia, are representative of wider discussions that need to be brought to the public’s doorstep if respect for when and where to use this technology can be instilled as an agreed-upon standard of general practise. The flip-side, though, is that drones are escaping their ‘domestic hijinks’ box, sneaking into the arsenal of organisations that demand information and practicality, without generating much hype in non-profit services that could be accused of underestimating their value.

So, the benefits of UAVs fall into a train of thought that can easily be derailed on misinformation or hesitance about the fairly limited testing of drones in busy, active environments. There is a lot to be considered when attaching drones to a human workforce. At least in terms of assisting fire crews, there are ways that risks can be minimised, and the advantages of drone technology can sensibly collect themselves in a bright halo of logic. Chief of these is the fact that a drone can monitor an area choked by the thick smoke rising from a fire, detecting hotspots with thermal imaging that can be used to organise a plan of attack. Manned planes or helicopters are hampered by visibility issues, like smoke clouds, that have no effect on a drone’s navigation. They are able to ignore weather conditions to carry out their job, ensuring they are reliably functional in any given moment.

Concerns have been raised over whether even one UAV could turn an emergency airspace into a nightmare for strategic co-ordination. Put simply, it is entirely possible that something could go wrong – with the drone, the operator, other planes in the sky – that means the chance for collisions is a valid worry, one that can never be dismissed. Yet it might be better (and less troublesome) to have the drones fly high above the rest of the response units, relaying data from a vantage point. It’s also worth noting again that drones can fly in pitch darkness, when manned aircraft tend to be ordered home. By exploiting the adaptability of the machines, there would be no lag or lapse in cogently fighting wildfire.

Co-ordinates and data, retrieved during all hours of the day, can be filtered through programs such as FÉNIX (a monitoring system for forest fire fighting) to accurately map what territory a fire has gained or lost. Portable command centres are the next step for this innovation – ground personnel will be able to see the results of a drone flight on their smartphones, keeping the robotic and human elements in close communion with one another. There are even excited whispers that small, portable drones will soon be fitted to the backpacks of servicemen and women, a personal spy to be used at times that demand it. While the role drones could play as a physical aid to firefighters is stymied by their current weight load allowances, it’s not inconceivable that deliveries of food, water, blood and other essentials could be widespread amongst them in the near future, mimicking the UAV supply drops favoured by charities in far-flung places.

After the hottest official month, globally, since records began, it is prudent for us to answer the challenges of our increasingly volatile relationship to nature. Drones, certainly, are going to be big players in the battle ahead. For more insight into UAV development and application, the SkyTech 2016 UAV conference & exhibition will be held next January in London, and I suggest anyone with even a passing interest in this field should mark their calendars now. There is so much to cherish about where we are today, just as there is much anxiety to unspool about our impact on the planet. Choose the positive route, and the latter can be dealt with.

Read more in our Press Release - Drones and Smart Construction