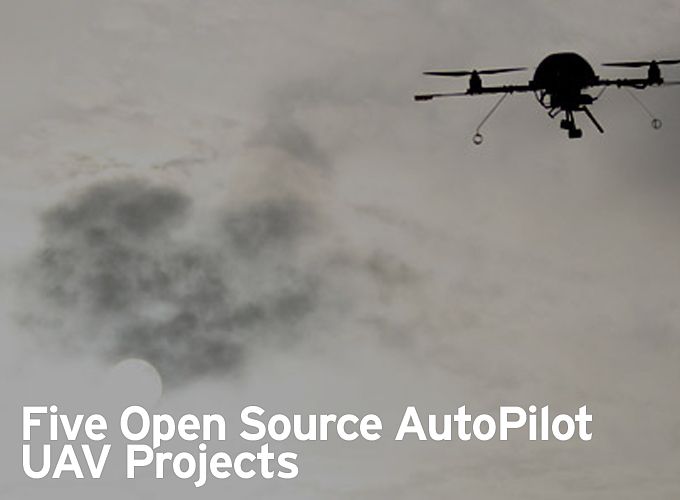 Drones & UAV will continue to gain traction in society including for medicine delivery in remote areas and tracking bush fires. However, it is important to have a strong base of autopilot features to drive these drones since manual control will not be feasible. Here are five open source Autopilot UAV projects that are helping accelerate the adoption of autopilot drones.

Ardupilot is one of the most popular open source Arduino based projects for controlling autonomous vehicles. The Ardupilot platform has three main components around hardware, firmware & software. Their main sub-projects to support various vehicles include Quadcopters, Planes & Rovers.

AeroQuad hardware typically consists of the fully-featured STM32-based AeroQuad32 flight controller board or an Arduino microcontroller (Mega 2560 or Uno) as the flight controller board, and an AeroQuad shield with various sensors, such as an accelerometer, gyroscope, magnetometer (heading), barometer (altitude hold) ultrasonic sensors and GPS.

OpenPilot is a next-generation Open Source UAV autopilot created by the OpenPilot Community for multirotors, helicopters, fixed wing aircraft, and other vehicles . It has been designed from the ground up by a community of passionate developers from around the globe, with its core design principles being quality, safety, and ease of use.  Simplicity does not come with any compromises either: with no hard-coded settings, a complete flight plan scripting language and other powerful features, OpenPilot is an extremely capable UAV autopilot platform.

Navio is more than a ready to fly autopilot – it was built for research and education and has proven itself in universities and research institutions worldwide. Navio utilizes the IMU, GPS, barometer, servo control and a very friendly programming environment. Open-source drivers and detailed tutorials are available both in C++ and Python. All experimental data can be processed directly on Raspberry Pi.

Paparazzi was founded in 2003 & since then Universities and civilian teams have employed Paparazzi to win major high profile airborne robotics competitions around the world. This proves the flexibility, durability and advanced features embedded in the Paparazzi framework. Many of these top marks and achievements have been documented on their blog. Core developers to the project are affiliated with top universities and research institutions including ENAC University of Toulouse, France, MAVlab of TU-Delft in the Netherlands and AggieAir of Utah State University in the United States.