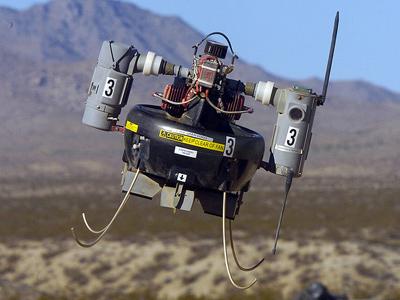 An unmanned combat aerial vehicle (UCAV) is known as a combat drone, which carries ordnance such as missiles. Aircraft of this type have no onboard human pilot. These drones are usually under real-time human control, with varying levels of autonomy.

So far, seven countries have used armed drones in combat. These are the United States, Israel, the United Kingdom, Pakistan, Iraq, Nigeria, and Iran. But many other countries are arming drones; and it’s only a matter of time before they deploy them in combat.

Even terrorist groups, such as Hezbollah, acquired Iranian-built Ababil drones, capable of carrying an 88-pound warhead for up to 150 miles. Israel says Hezbollah received at least 12 drones from Iran. Because terrorists can get or make deadly drones, our Department of Homeland Security must be in a position to defend us at home from homemade weaponized drones.

As drones become more popular, we will be seeing drones where once we had clear blue skies. Most of these drones will be advanced toys, but some will be used to make package deliveries, or to spy on you and your neighbors with mounted cameras.

Weapons are now being added to commercially available drones. Soon, American police departments will have unmanned aircraft not only for surveillance, but also for crowd control. The police drones will be equipped to fire rubber rounds, tear gas, pepper spray and Tazers.

Our military and the CIA have used drones for years armed with lethal weapons to kill terrorists overseas. The police use drones to search for individual criminals on the run. Soon they will be able to disperse unruly crowds with tear gas precisely targeted to turn back mobs that have become destructive or life threatening. The police will even be able to accurately fire rubber bullets to prevent individuals from using weapons against the police or other citizens. Ferguson and Baltimore might have turned out differently if authorities had such firepower at their disposal. 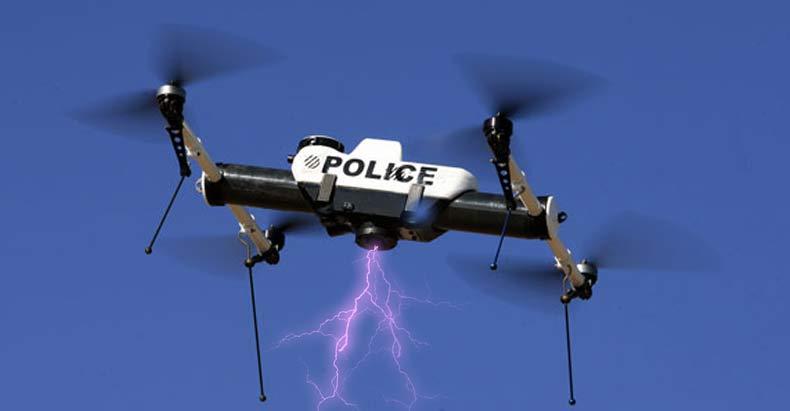 One problem with drones is that they can be hacked. Imagine what would happen if evil hackers take control of a police UAV and use it against them. The security program must be unbreakable; but that is doubtful, as we saw with the Apple iPhone, which the FBI broke into with the help of a secret third party.

The vulnerability of a drone being hacked applies to a wide assortment of high-end drones.  One such vulnerability is the Wi-Fi connection between its telemetry module and a user’s tablet, which uses a weak wired equivalent privacy encryption.  This protocol can be cracked in seconds, allowing the hacker to take control of the drone.

A growing number of state and local law enforcement operations are deploying drones.

The following map shows state and local law enforcement agencies that either applied for the Federal Aviation Administration's drone authorization program or are known to have borrowed Customs and Border Protection drones for missions. 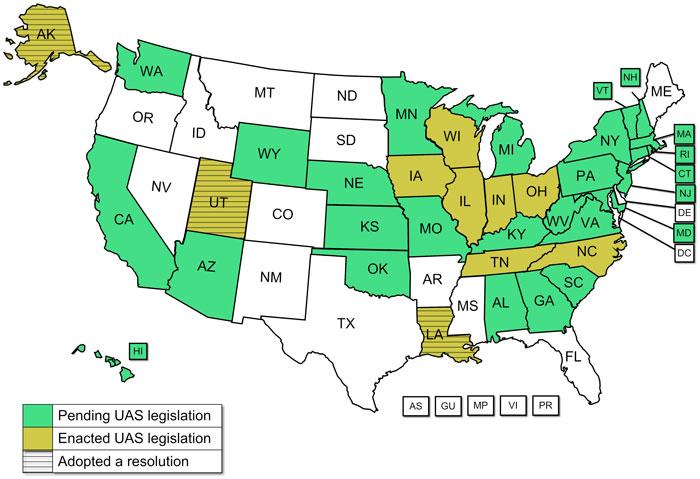 A young man from Clinton, Connecticut, and his father made two videos showing a drone firing a gun and deploying a flame thrower in their backyard. After the videos were posted to YouTube an investigation was launched by local police, who later determined the father and son didn't violate any local laws. The FAA has stepped in and now the issue is in court. Allowing weapons on civilian owned drones can be a major security problem. 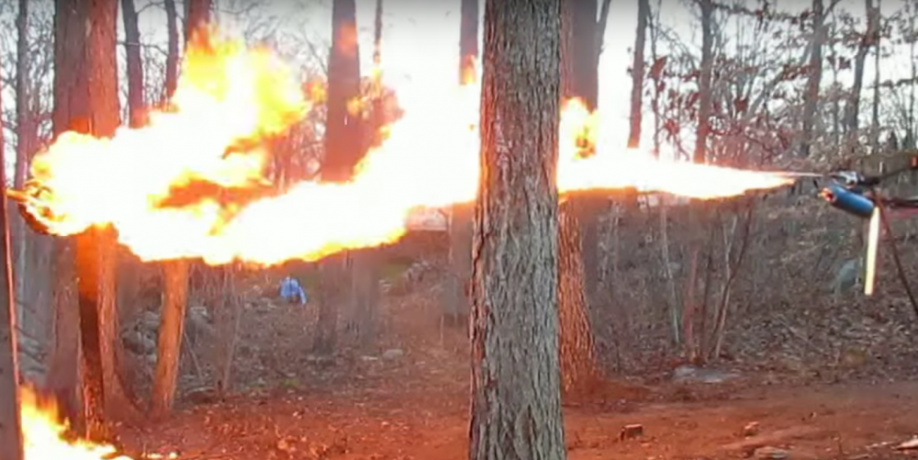 Drone manufacturers may offer police departments drones with weapons like rubber bullets, Tasers, and tear gas. In 2015, North Dakota passed a law granting police the right to arm drones with “less than lethal” weaponry. The Department of Homeland Security will be making funds available to local police agencies, enabling them to purchase more drones. Whether these drones will be used for surveillance or weaponized is yet to be determined. In addition to concerns about the lack of sufficient rules protecting people from privacy violations, the potential for armed drones presents serious concerns regarding the excessive use of force by police officers.

Many say that it’s simply not appropriate to use any force, lethal or non-lethal on a drone, especially the American Civil Liberties Union (ACLU). An officer operating an armed drone from a remote location would simply not have the same understanding of a situation that an officer at the scene would have. Therefore, decisions regarding the use of force would be limited by this narrowness of observation. 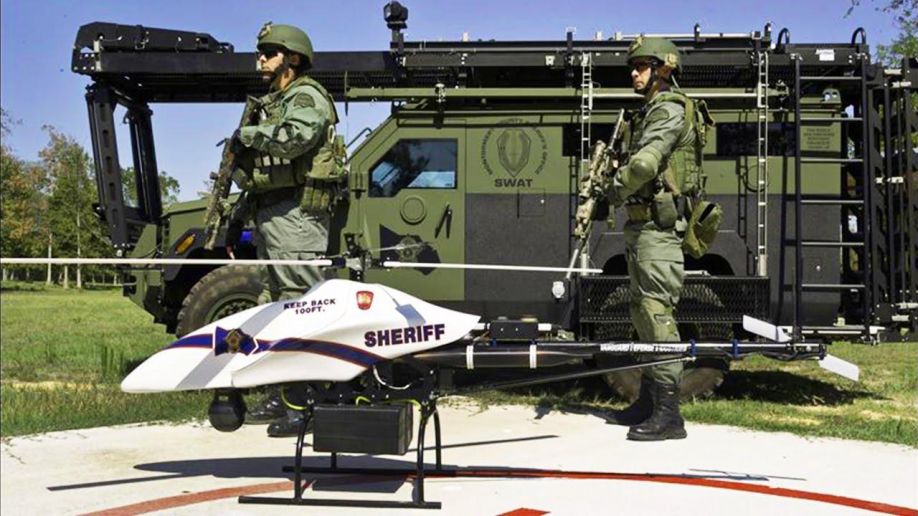 The probability of people in public being targeted by flying drones with force where an officer is not physically present on the scene raises the expectation of unconstitutional force being used. The militarization of police departments has been a major concern across the country as more cases of police brutality and use of excessive force by the police are reported. Yet, we can’t allow the criminals or terrorists to have greater fire power than the police. The reason the police look more like combat soldiers than “Sargent Friendly” is because the criminals have access to military weaponry; and the only way the police can win such a confrontation is with equal force.

A Gallup Poll disclosed that 79 percent of Americans do not want drone strikes to be used on American soil against Americans suspected of terrorism. Only 13 percent believed it would be acceptable to kill Americans, by use of a drone, without any due process.

In recent years, the use of weapons of war by local police against suspected criminals has attracted controversy. Even tanks and battering rams have been used by local law enforcement. The ACLU claims that there are over 100 paramilitary-style raids in the United States on a daily basis. While most of these military-style raids involve suspected drug dealers, they have also been deployed against people simply suspected of credit-card fraud. 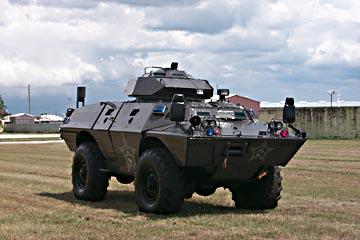 It’s important not to limit law enforcement’s ability to protect the public. The police have to be prepared to handle unforeseen situations whether they be at a public event, a crime scene, or a terrorist attack. 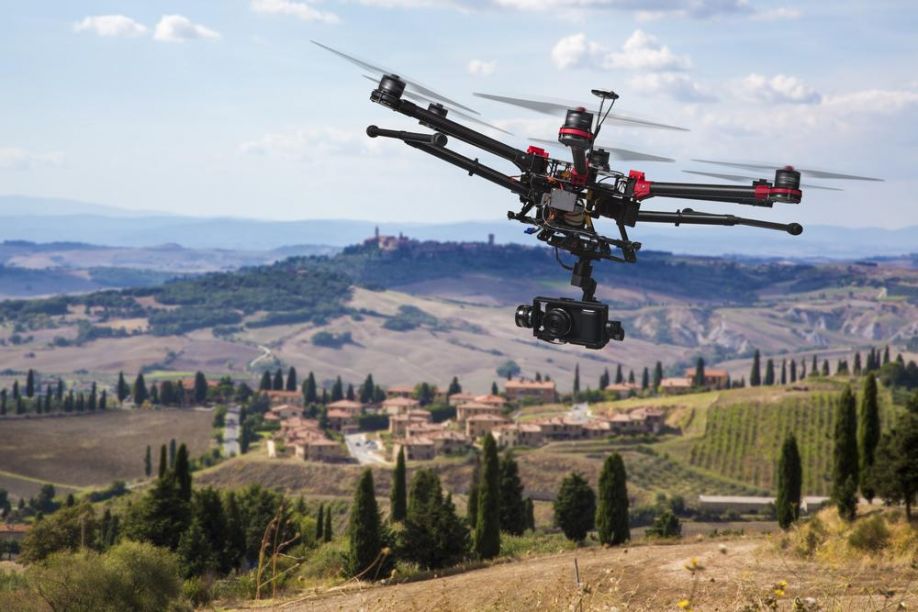 Some officials are reluctant even to use the word "drone," preferring to call UAVs a "quadcopter." Whatever you call them, as long as the police do not abuse their use, drones will come to the forefront in helping with public safety, and hopefully reduce the number of officers killed on duty.

Your one-stop place for Industry 4.0 information

STMicro Electronics and Mouser have partnered to create a repository of resources that showcases STMicro's extensive expertise in Industry 4.0 applications. Explore articles, blog posts, white papers, eBooks, and videos that will expand your knowledge and enhance your next design.
More Products
Feature Your Product