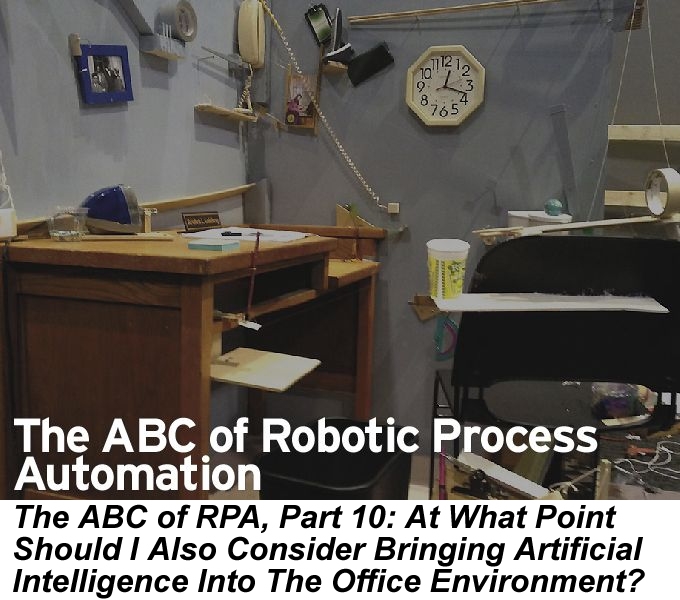 In the final part of our ABC of RPA series, we discuss bringing artificial intelligence into the office environment.

AI should not be a “bucket list” item for a company

Implementing artificial intelligence for a process that does not need it is futile, and not cost effective. The problem is that software providers which sell this enabler realize that many company’s view artificial intelligence as an item to check off their bucket list, so they can charge a higher price for it because executives want to demonstrate they are on the cutting edge of technology. 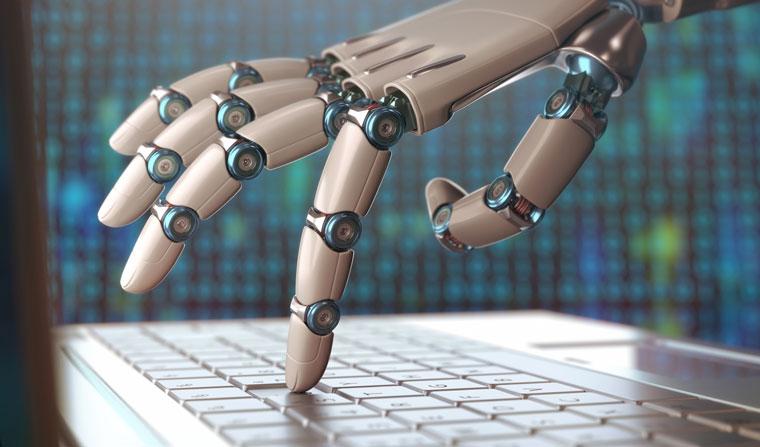 We would recommend that companies are comfortable with robotic process automation before making the next step toward artificial intelligence. This knowledge is critical in order for the process experts within the company to be able to effectively work with the developers either inside or outside their company to ensure that the development is done right the first time.

Identification of processes where there are numerous decision options

The first question that must be answered in the affirmative for any type of automation is whether the process is rules based. For example, if a template on a website is completed by choosing an item from a drop-down box for 80 percent of the form, and the remainder comprehends things like name and address, this is a perfect candidate for the robot to pull the form, review it for completeness and take action based upon that data.

The drop downs will have a finite number of options. In other cases were a template has free-form for every question, this would not be a standard automation solution. If the responses are driven by key words, for example, the robot can be taught via artificial intelligence to audit based upon these specific words being identified.

Another example of where artificial intelligence can be applied is in paying vendor invoices. The format of each vendor’s invoice is unique, yet it contains a good number of the same things each time such as invoice number, purchase order number, invoice date, amount, etc. The robot, via AI, can be taught to look for these specific things.

Can AI and automation software work together in harmony?

The number of robotic process automation and artificial intelligence software packages are growing by the day. Some software vendors have their own artificial intelligence module which they have proven to work in concert with their standard product such as that of WorkFusion or Automation Anywhere (they refer to them as IQ Bots). In other cases, a software vendor’s product has, by way of robot development, proven to be compatible with the standard software. Such is the case with UiPath pairing with Celaton’s artificial intelligence offering (inSTREAM). Moving all the way up the scale to IBM’s Watson which is really built for complex math related situations, such as actuarial data, and could easily be a seven figure investment.

Just like the standard robotic version, those with artificial intelligence should be treated the same as regular employees from a security and expectations perspective. If it is company policy for an employee to change their password every 90 days, so too should the robot. If within your ERP system some roles are in conflict, do not issue them both to the robot because there is no fear of misconduct. Follow the same rules as you would for an employee.

If you have an audit function within a process that normally checks 10 percent of the expense reports processed, you might want to scale it back to 5% or less for the robot until you are comfortable with any errors that are found. Remember, a robot is only as good as the logic it was programmed with. If something was not considered, it may not be caught. The audit could identify these “holes” in the logic which could subsequently be corrected with a slight amount of development.

We’ve come to the end of our ABC of RPA series, but you can read the rest of the blogs here.