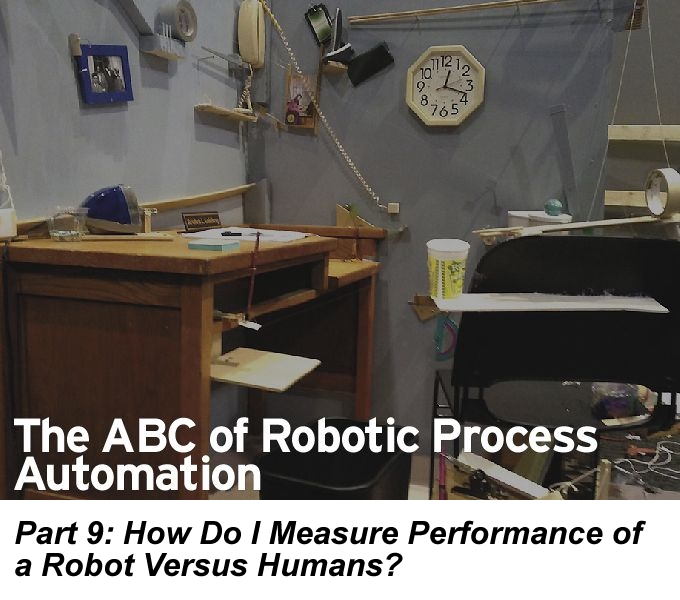 The argument to treat humans and robots as equals

As humans, we have a fear of the unknown. As a result, those companies just starting out on their robotic process automation (RPA) journey tend to hold robots to a higher standard by “micro-managing” them. For instance, we’ve seen companies audit robots on an ongoing basis to ensure they didn’t make mistakes, forgetting that as computers, robots can’t make mistakes.

Many feel that we should hold robots to a lower standard because their output is predictable, and 100% accurate. The same is suggested around system access for robots; a.k.a. passwords. Where a company’s policy is for an employee to change their passwords for instance, every ninety days for security reasons, it is okay for robots to maintain the same password because they cannot commit a security breach? Although that may be true, a company should not be lulled into a false sense of security with robots – they should strive for robot/human equality and nothing more.

From a cost perspective, if one company has a robotic component, its costs per transaction will be lower regardless of whether there is an outsourcer involved - but an assumption could be made that it is because of an optimal process when in reality, it is because the cost per robot headcount is less. In any case, to properly judge against external peers, companies must break down the components of their calculations in order to draw the most realistic conclusions.

Should robot costs be included in my cost/transaction metrics?

As robots begin to proliferate the back-office environment, all components of the metric calculation must be clearly delineated. In fact, it would not be surprising to see further expansion of the metrics to comprehend things like percent of staff headcount automated. As artificial intelligence is thrown into the mix, we also see metrics indicating percent of transactions handled by robot versus human, or percentage of exception transactions in a process. Those we would assume would be handled by humans.

Can the robot productivity benefit my company as a result of acquisitions or business growth?

Most business cases only include existing costs and do not highlight things such as excess capacity creation or cost avoidance. Since robots are much faster than a human, the business case may need to calculate the financial impact of improved turnaround time. For example if a robot gets a company’s product out the door one or two days sooner, that equates to revenue, and thus cash, in the door one or two days sooner. They also do not measure the cost of errors which is prevalent with a human workforce. After all, humans are only human.

As we have seen in recent years, one of the fastest solutions for a company’s growth is through acquisition. If robots are implemented in a specific area such as purchase order creation and they are only operating at seventy percent capacity for instance, business growth may use up that extra thirty percent at no additional cost.

All this being said, robotics and automation in the workplace makes for a very supportive business case. The final point to make is that robot’s cost are fixed, unlike that of a human’s cost. You’ll hear no argument from robots when it comes to salary increases and fringe benefits, and while they become more intuitive with every advancement in automation technology, they’ll not be requesting access to the company car any time soon.

Look out for the last article in our ten-part ABC of RPA series, where we will be discussing the introduction of artificial intelligence into the office environment.