Currently there are millions of drones in circulation, in amateur and professional use. With the continued premise that they are an unrestricted danger, it should warrant thought as to why there are not more major accidents or incidents than are currently being reported.

Drones and the Evolving Smart World

Drone is the commonly used term to refer to unmanned aerial vehicles (UAV) and remotely piloted aircraft (RPA). An aspect of increasing importance is drone regulation and compliance.

Multiple incidents have been observed across the globe in terms not only of safety, but also of security; for example, incidents such as the drone that flew into the White House grounds in 2015, and also of a drone being piloted into a major tennis match (US Open) in 2015 (Jansen, 2015, Talanova, 2015). These issues stem from a multitude of grey areas that are currently part of the regulations.

There is a pressing need for drones to be regulated, compliant and licensed. The media reports issues with drones on a regular basis. If an aircraft is impacted during flight, the blame is on the drone or drone operator. This is an interesting concept, since if a drone does impact an aircraft the drone itself will generally be completely destroyed, leaving little or no evidence. Therefore, the impact damage itself, together with eyewitness accounts, are often the only evidence available. However, it is important to question what distinguishes a drone impact from various other FOD (foreign object damage) impacts? At this time, there is no answer. In the United States, testing is being undertaken to analyse the damage profile of impacts with drones, together with the physics behind the impacts (Bartsch, Coyne and Gray, 2017). Eyewitness accounts are often unreliable as the pilot may have seen something but is unsure what it was. This is perfectly logical. A drone is generally not very large and the pilot is in mid-air flying an aircraft at high speed. The chance of actually getting a proper visual on the drone is highly improbable.

Which brings up another issue. How can drones be identified? Drones are small and generally hard to see when they are in the air. To be licensed under the Geneva Convention it is required that the aircraft’s licensing number is written on the aircraft (Bartsch, Coyne and Gray, 2017). While it can be written on the drone, it probably will not be visible. Therefore, regulators and safety professionals must face these issues. Tracking in the form of a GPS chip would be beneficial. This would allow investigators to know which drones were airborne when an accident occurred, and also be alerted to drones that are not adhering to regulations. However, this may be hard to implement today. The millions of drones currently in circulation would need to be microchipped. One can purchase a drone almost anywhere these days, even in supermarkets and post offices. Would individuals really bring their drones back to be microchipped? Who would pay for the cost of this? The regulators would also have to come to an agreement on what size drones need “chipping”? Drones literally come in every shape and size. Going too far and microchipping all of them would mean an enormous cost and use of resources, and no child would probably ever be able to fly a toy helicopter or plane again.

Under 2kg drones are generally accepted to not have the potential kinetic energy in a fall or while flying to cause death to an individual (Bartsch, Coyne and Gray, 2017). However, they do possess very sharp propellers which have the potential to slice. There are very specific areas of the human anatomy to which they can cause considerable harm and injury, for instance the eyes. This occurred in an accident in 2015 when a toddler was impacted in the face by a drone. The toddler had an eye resected due to propeller damage (Hereford and Worcester, 2015).

Another problem is that many of these drones are equipped with a lithium battery, which has the potential of blowing up or causing fire when impacted. So even a drone of under 2kgs has the potential, even though highly unlikely, to impact an aircraft engine or propeller blades. This could cause considerable danger (J Coyne 2017, pers. comm., 3rd March).

The potential to negate these issues may not lie with the drones themselves, but rather with protection of other objects. For instance, there is a booming industry alongside drone development for anti-drone products (Bartsch, Coyne and Gray, 2017, Blighter, 2017). These can prevent drones from entering an area, or can even disable drones. This technology within these anti-drone products may be the solution (Blighter, 2017). If that technology could be installed into aircrafts or buildings using a computer program, then there would be established a “bubble” around them of anti-drone air-space. If a drone were to enter, the computer program would be able to push it back. Unfortunately, the technology is not yet available at the level required.

If the appropriate regulations are not properly implemented, then there is a high chance of technology being held back, or of errors being made.

How this should be addressed is an issue currently being debated. The ICAO (International Civil Aviation Organisation) is yet to release regulations and legislation for drones (Carey B, 2015). CASA (Civil Aviation Safety Australia) is already utilising a social media campaign as well as “apps” to assist individuals to understand regulations for drones. The main issue is how to integrate drones into the natural flow of airspace. This could be done by separating the airspace into several fly zones, one for buildings and humans, another for drones, and another for aircraft (Bartsch, Coyne and Gray, 2017).

One of the worst things that could occur is if this technology is held back. If restriction of the growth of this industry occurs there are so many avenues that will be compromised. For instance (Bartsch, Coyne and Gray, 2017):

The ways in which drone technology can aid humanity are almost unlimited. Therefore this must be encouraged, and not hindered by unnecessary or restrictive legislation that is unwarranted.

Currently there are millions of drones in circulation, in amateur and professional use. With the continued premise that they are an unrestricted danger, it should warrant thought as to why there are not more major accidents or incidents than are currently being reported.  Does the problem lie in the low necessity for reporting, or is there currently something that is already leading to drones and drone operators regulating and controlling the hazards themselves? 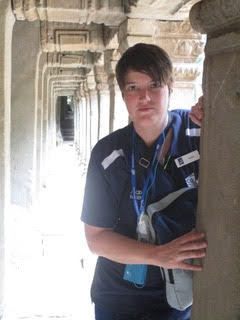 About Alida Langlois
Alida Langlois is a third year Accident Forensics student at Central Queensland University who is specialising in the integration of drones into the safety realm. Alida Langlois is currently advising councillors on Air Traffic boards to understand the context of drones and the relevant legislation.