We are seeing an increase in cognitive technology as companies look to have technology make some of the simpler decisions which humans traditionally have made, like, “Yes this invoice has been reviewed, it is accurate, it has the right purchase order number and can be paid.”

What does the concept of a proposed “robot tax” entail for the industry? Is it even helpful?

The notion of a “robot tax” was introduced by Bill Gates in 2017. The idea behind it theoretically, is that governments should be able to tax robots that take away jobs from human workers therefore discouraging the adoption of automation and robotics.  In the long term, my view is that automation and robotics will actually strengthen the global economy and ultimately create more jobs. If history shows us anything, it’s that new technology has actually created more jobs. The technology itself has never reduced the number of jobs. The introduction of the PC, specifically, created more jobs; different jobs to be sure but more of them. Automation and robots are already here, and it would be more helpful if we shift the conversation to how best imagine humans and bots working together to achieve great things. We must think 10-20 years ahead and prepare ourselves for the future where humans are liberated from repetitive tasks, allowing bots to do them, and are empowered to transition to more creative and fulfilling roles while contributing higher order value to the business.

If implemented, what will be the impact of this proposed tax, both in the short and long term?

According to Forrester, the robotic process automation (RPA) market will reach $2.9 billion by 2021; automation and robotics are here to stay. In fact, according to IDC, by 2019, 30 percent of commercial service robotic applications will be in the form of a robot-as-a-service (RaaS) business model. Additionally, by 2019, 35 percent of leading organizations in logistics, health, utilities and resources will explore the use of robots to automate operations. If a tax were imposed, I would imagine that it would unduly burden businesses by increasing their costs, despite the fact that this technology actually makes both companies and their employees more productive. I don’t see the logic.

Do you think there’s a need for regulations around automation in the future?

I can’t see the need to regulate any technology which is uniquely designed to make both business and people profoundly more productive any more than I could imagine regulating PCs.

What factors are driving increased adoption of automation and robotics?

Every business has unique requirements but the most consistent factor in increased adoption is simply the need to automate things which, before now, could never have been automated before. As businesses drive to become digital enterprises, they must automate things that can be automated to drive greater business efficiency and reliability in meeting customer demand at the most practical cost. Banks and other financial services organizations now automate mundane back office business processes which have never been automated before. It’s one of the reasons mortgage applications take far less time to be evaluated and approved. As it has in the past, automation will continue to accelerate human innovation, changing the business operations paradigm across all industries globally.

How do you envision the future of automation evolving in the next five years?

The adoption of automation has been growing for many decades at all levels. We see it everywhere making our buying experiences better and less costly. The RPA category is growing by more than 65 percent year-over-year. I expect this growth rate to increase in the next two years because companies understand the critical need to move quickly in implementing RPA.  Imagine your competitors have RPA but you don’t. It’s a scenario in which you would be at a competitive disadvantage. A perilous disadvantage.

Specifically, what role does cognitive technology play in automation?

We are seeing an increase in cognitive technology as companies look to have technology make some of the simpler decisions which humans traditionally have made, like, “Yes this invoice has been reviewed, it is accurate, it has the right purchase order number and can be paid.”  Some bots in the industry have the ability to learn from observing human behavior. They can bring structure to unstructured data in ways never before possible. Once bots learn to process things like invoices, for example, they can make decisions on behalf of a human, but only as instructed by the human.

Why should organizations care about RPA or advanced automation?

RPA dramatically increases productivity, results in near-zero errors, reduces costs, has faster cycle times as well as incredible scalability. Think about the power of being able to expand the work capacity of a business immediately – on demand – and the ability to scale down this kind of work capacity just as quickly. The implications are extremely compelling.

Industry analysts expect that the combination of RPA solutions with intelligent technologies has great potential for widespread adoption across all industries.

What strategy would you recommend companies use to get started with RPA?

The digital workforce – software bots working alongside humans – is growing rapidly in almost every sector. As automation adoption increases, most high transaction and labor-intensive jobs will upgrade as we move to a digital workforce. We will continue to see rapid increases in digital workforce implementations in all sectors but especially banking and financial services, insurance, technology, pharmaceuticals, logistics, telco and manufacturing. Digital technologies will take on the repetitive things humans shouldn’t be doing, leaving more time for employees to focus on the things only humans are amazing at doing. 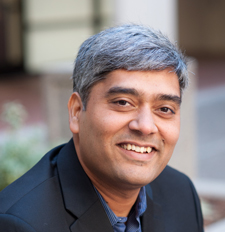 A serial disrupter, Mihir founded Automation Anywhere more than 14 years ago. He has become a visionary in the Robotic Process Automation (RPA) category having pioneered the Digital Workforce, in which software bots instantly automate business processes with both cognitive capability and embedded analytics, driving unprecedented human productivity while dramatically reducing processing costs for the world’s largest enterprises. Under Mihir’s leadership, Automation Anywhere is now the global leader in this rapidly growing $3 billion category, generating more revenue, with more employees and a greater market share than its top three competitors combined. Prior to Automation Anywhere, Mihir held leadership roles in internet, e-commerce, and wireless companies at the forefront of innovation such as E2Open, Kiva, ISN, Netscape, Infoseek and Omnisky.