Drones offer fantastic, labor-efficient technology for close up view of roofs, and can be operated from the ground. They are well-equipped with modern software which makes inspection and report generation easier. 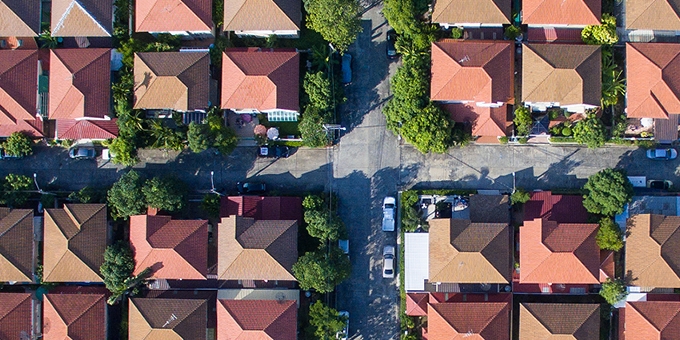 Drones for inspecting Roofs for Home Insurance Are Becoming the Norm

Drones are increasingly being preferred by home inspectors, for their ability to capture close-up, aerial views. According to reports about 72% of American homeowners believe in investing on home inspection before a homeowners insurance policy is bought. A home inspection is a visual inspection of a home conducted by qualified professionals to assess which part of your home needs repair. Home insurance companies often need an inspection done, before selling an insurance policy to a new customer. VHomeInsurance.com has detailed benefits, advantages, disadvantages and guidelines on using drones for roof & home inspection which can be seen in the below image. 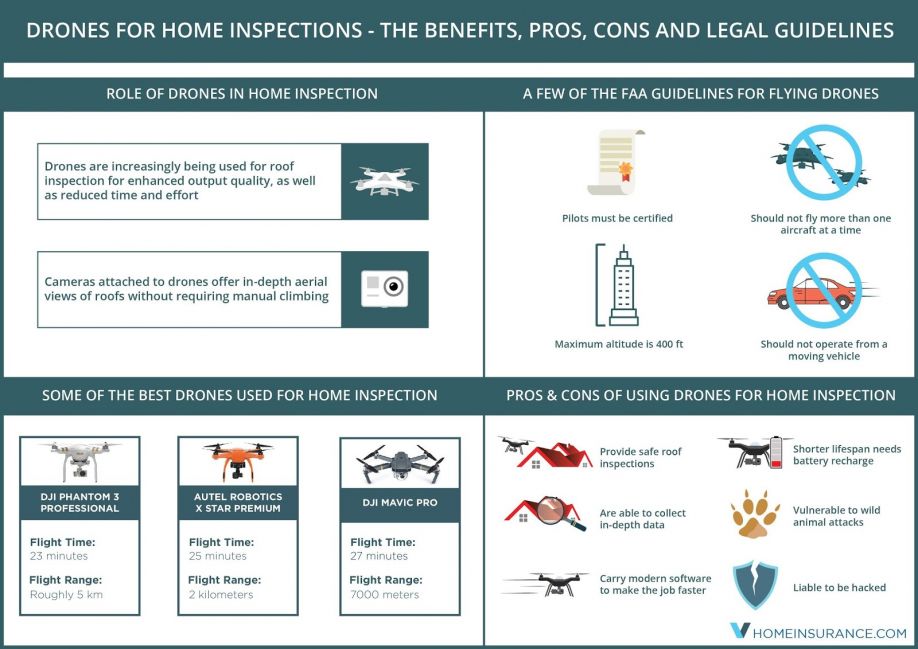 The primary benefit of using drones is that roof inspection is safer, easier and more cost effective. Not only is it hazardous to climb on to roofs, but roofs made of certain materials are liable to break by virtue of being climbed on. Drones offer fantastic, labor-efficient technology for close up view of roofs, and can be operated from the ground. They are well-equipped with modern software which makes inspection and report generation easier. Also, because drones eliminate the need for scaffolding, ladder and related equipment, it significantly saves time as well as cost. However the downside is that, being small electronic devices, they are liable to getting damaged by accident, in which case the replacement will cost at least $1,000.

Since drones are flying instruments they carry a potential for damaging people and property. Therefore the FAA (Federal Aviation Administration) came out with a list of dos and don’ts in a 2016 document, which involves operating requirements, pilot certification and privacy maintenance. Not adhering to these mandates can result in a hefty fine of $27,500 and/or even initiation of criminal proceedings.