Time is compelling the need to normalize this disparity and speculation on what AI can do and what AI can’t do without humans in the transformation. At the same time, the human intelligence, wisdom and empathy cannot be overpowered by AI including its ethical usage. 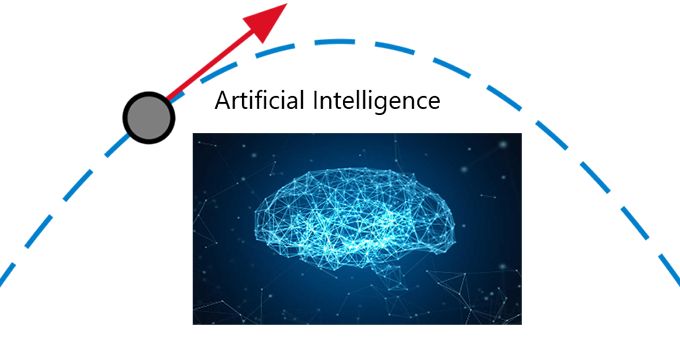 The other day, I was hearing revered Prof. Yuval Harari, Department of History, University of Jerusalem at World Economic Forum 2020 where he highlighted the blazing risk of data colonialization and digital dictatorship resulting from technology disruption. He also mentioned that Artificial Intelligence revolution might create unprecedented inequality not just between classes but also between countries.

Time is compelling the need to normalize this disparity and speculation on what AI can do and what AI can’t do without humans in the transformation. At the same time, the human intelligence, wisdom and empathy cannot be overpowered by AI including its ethical usage. Here, it is very important to understand the trajectory of AI working under the forces responsible for its adoption, implementation and replication. Further to it, the fear of machines taking the work and control from humans along with the fear of AI singularity where it would be impossible to control the machines resulting in unexpected changes to human civilization and adverse effects on genetic composition, needs to be addressed.

Any technology disruption or growth brings along with itself various pros and cons and it is for the humans to understand its scope, benefits, limitations and how to optimally use it. Much has been talked about hyper-automation and intelligent automations capable of cognitive decision-making based on the data supplied to the virtual (not real) agents. One must understand all these virtual artificial systems will work till the point the algorithms are allowed. These algorithms will help in easier classification of data from the large unstructured datasets which will otherwise make it difficult for the normal humans to classify. It will still need the human intervention for training the models to build an evolving and adaptable system.

Data democratization allowing easy accessibility of data requires strong governance and protection to avoid its unethical use and maintain data confidentiality by defining the usage policy in the standards laid down. Any technology growth will have to be seen from the aspect of the progress to the society in terms of per capita income, social well-being and economic growth of the nation towards increased GDP. As far as the impact of AI and automation to the existing jobs is related, it is imperative that the reskilling and upskilling plan needs to be in place before rolling out the automated systems. Let’s take an example of data entry work (reading from excel and feeding into SAP system for an invoicing process) which can be automated, and work can be shifted to virtual workforce. This does not mean that the earlier data entry operator will be displaced; since there is still a need for data verification and for improving the automated model/ underlying process. But this requires the human workforce to understand the limitations of the virtual workforce and work in unison to augment the efficiency and ability to innovate.

There is no doubt that global cooperation is required to align the world on the usage and regulations around AI to benefit this planet and work together to avoid the fear of technology growth for replacing humans.

It is also felt that capitalist economy will be majorly impacted by AI due to restrictions and centralization of power for trading. It may lead to advent of communist economy by eliminating private property. The role of government to tackle this fear of AI singularity plays a vital role by regulating the data availability in compliance with data protection laws. The High Availability (HA) of data focused on performance has been transformed into Smart Availability as a means of implementing Smart Data Governance which is a conduit between performance and regulatory compliance that increases competitive advantage.

It is pertinent to understand the benefits of AI in terms of health care, early detection of serious diseases and correct medical diagnosis of conditions explaining the symptoms for a disease and even minimally invasive surgeries. Not creating a hype around driverless cars involving AIoT, following sub-tasks are required for continuous rendering of the surrounding environment and the prediction of possible changes to those surroundings:

The above sub-tasks do not imply that humans will not be required to validate the pattern matching for safety, continuously improving the training set for accuracy and updating the model, a neural network for building human-centered AI systems.

The perceived fear of generation of “useless class” in this century of technology disruption due to displacement of humans and non-clarity on the reskilling/upskilling can be shortened by communicating the clarity of purpose, the value and impact it brings with a clear strategy design and its implementation plan along with objective of human augmentation and not deduction. At the same time, the human compassion, empathy, wisdom, critical thinking, storytelling and other soft/professional skills (now becoming hard skills) will always prevail in any type of technology innovation for socio-economic and political growth of the entire nation. These skills will minimize ever prevailing inequality between capitalism and socialism or between classes or between countries which is not attributable to trajectory of AI.