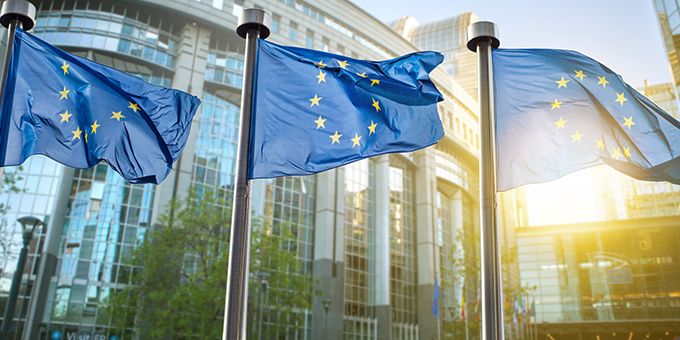 Tell us about yourself and what Reinvest Robotics

The short version is I am a robotics nerd and inventor. I co-founded Universal Robots, which was acquired by Teradyne, and was an early investor in Mobile Industrial Robots.

After a great run with Universal Robots, we started REInvest Robots to give back to the robotics ecosystem. At REInvest, we provide seed funding, consulting, and support to help robotics startups grow. Our vision is to help fuel the robotics ecosystem with sustainable investments and help entrepreneurs uplift humankind through robotics.

Give us a quick background on the proposed AI act and machinery directive updated.

The EU initiatives were drafted with the right intentions (safety and ethics), but they were written without first considering the severe consequences they will inflict on the future of technology innovation and manufacturing in Europe.

What are some aspects of this update that robotics companies should be aware of?

The requirement that machinery will require third-party certification before the machines can be used is a red flag. While many larger businesses have the resources and time to support multiple visits from a certification team, many start-ups and SMBs do not have such deep pockets.

What do you see as some unintended consequences that aren't being considered?

The first consequence to consider is that changing the law alone will cause confusion for both the regulatory system and notified bodies. It takes years for new best practices to fall into place and many companies don’t have the resources to wait that long. Secondly, the proposed regulation will make it extremely difficult to use robots and other machines which will impact not only the European robotics industry but also all the industries that face stiff competition from technology developed outside of Europe. This will in turn affect the success of the EU manufacturing, logistics, farming, hospitals, offshore, and construction industries.

How will the 3rd party certification requirement be a burden to medium and small-sized companies?

It will limit the use of robotics and automation for manufacturing SMEs, as they will have to wait for certification every time they reconfigure or redeploy their machines. It will also make it much slower and more costly for start-ups or innovation teams to get new products on the market, which makes them less able to compete with start-ups in the US or China.

What are the key points about AI that people need to understand?

AI is not a technology as such. Even "intelligence" is not well defined. Over the year "AI" has been computing power (1960s), symbolic reasoning (1970s), chess computers (1980's), neural networks, reinforcement learning, and more. Today, the Euorpean proposals equate AI to statistics, which is very broad While all of the above technologies are very powerful, but there is nothing "intelligent" about them, and in the future AI might be redefined again (and again). Broadly restricting something we don’t fully understand, and that’s constantly changing, is dangerous.

What businesses will be affected should the Act pass as it’s currently written?

The combination of the AI Act and the new machinery directive will create many problems for not only manufacturers of advanced machinery, but also for all the industries that use this machinery, or rely on automation and AI to make their business run efficiently. It will also hinder innovation of startups bringing robotics and AI to the market.

Why do you feel innovation will suffer should the AI Act pass?

If the AI Act passes, it will signal the slow death of innovation in Europe, as discovery, development, and testing of new technologies will slow. There will be too many restrictions placed on technology companies. Where would you rather develop your tech – in a market that overregulates and restricts usage, or a market that promotes strong and equal competition, and encourages its businesses to embrace modern and emerging technology? The answer for startups is easy.

What suggestions do you recommend to make the proposed AI Act more palatable?

The law should not try to outlaw specific technologies, but instead focus on what they want to achieve. Defining AI isn’t possible or realistic. The current machinery directive is more than sufficient to deal with the risks of machines going wild. Instead of changing the machinery directive, it would make more sense to enforce that products developed actually comply with the current directive.

On a broader level, we recommended limiting the scope of the AI Act to essential human rights risks, relying on manufacturers’ self-declaration of conformity in both AI-Act and the Regulation on Machinery Products, increasing enforcement and governance of the existing approach of the machinery directive, and working to create a global framework that increases safety and ethics while maintaining a level playing field. 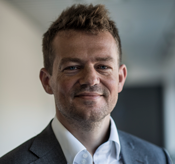 An inventor and entrepreneur, Esben Østergaard founded Universal Robots in 2005 with two members of his research team. The company was purchased by Teradyne Corporation in May 2015 for a total of $350 million. Esben remained with Universal Robots as Chief Technology. Officer until March 2019, when he stepped down to follow other pursuits, including co-
founding REInvest Robotics with his wife Richa Hallundbæk Misri.