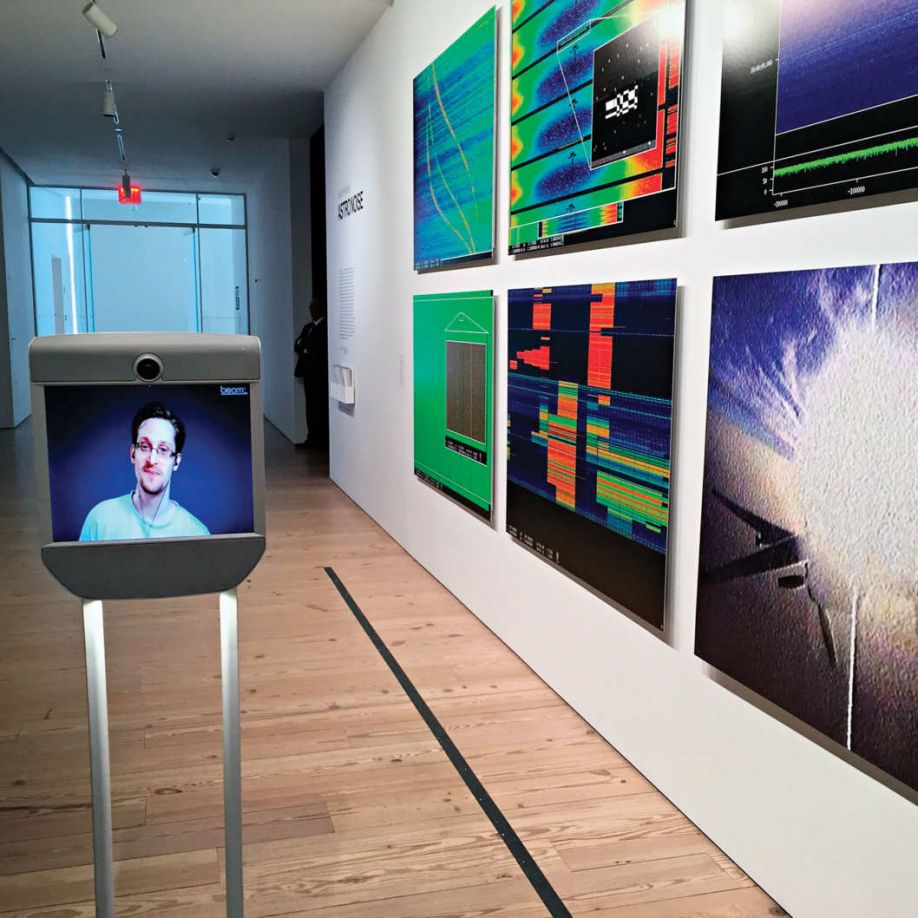 From New York Magazine:  Snowden’s body might be confined to Moscow, but the former NSA computer specialist has hacked a work-around: a robot. If he wants to make his physical presence felt in the United States, he can connect to a wheeled contraption called a BeamPro, a flat-screen monitor that stands atop a pair of legs, five-foot-two in all, with a camera that acts as a swiveling Cyclops eye. Inevitably, people call it the “Snowbot.” The avatar resides at the Manhattan offices of the ACLU, where it takes meetings and occasionally travels to speaking engagements. (You can Google pictures of the Snowbot posing with Sergey Brin at TED.) Undeniably, it’s a gimmick: a tool in the campaign to advance Snowden’s cause — and his case for clemency — by building his cultural and intellectual celebrity. But the technology is of real symbolic and practical use to Snowden, who hopes to prove that the internet can overcome the power of governments, the strictures of exile, and isolation... (full article)