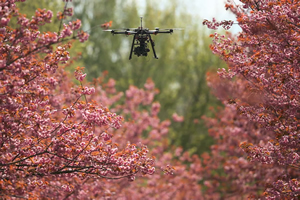 April Glaser for Recode:  If you buy a new drone in the U.S. to fly non-commercially, you no longer have to register your drone with the Federal Aviation Administration, according to a decision issued today by a federal court in Washington, D.C.

The court ruled that the FAA’s drone registration rules, which have been in place since 2015, were in violation of a law passed by Congress in 2012. That law, the FAA Modernization and Reform Act, prohibited the FAA from passing any rules on the operation of model aircraft — in other words, rules that restrict how non-commercial hobbyist drone operators fly.

Now, if a person buys a new drone to fly for fun, they no longer have to register that aircraft with the FAA. But if flying for commercial purposes, drone buyers still need to register.

The lawsuit was won by John Taylor, a model aircraft enthusiast, who brought the case against the FAA in January 2016.  Full Article: