Drones, autonomous vehicles on Echodyne's radar as it pulls in $29M from investors 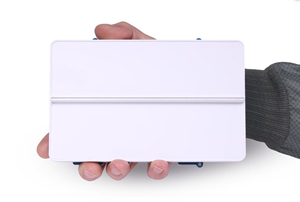 Matt Day for Seattle Times:  Bellevue radar startup Echodyne has wrapped up a $29 million investment round, including contributions from previous investors Bill Gates and Paul Allen, to fund continued development of radar for drones and autonomous vehicles.

The funding round, the first since a $15 million haul in 2014, was led by Silicon Valley venture capital firm New Enterprise Associates. All of Echodyne’s existing investors, including Gates, Allen’s Vulcan and Seattle-based Madrona Venture group, contributed to the new round, the company said.

Echodyne’s technology relies on metamaterials science, or infusing technology components with properties not found in nature, causing them to interact differently with light, sound or other waves.

Echodyne’s radar arrays are designed to bring some of the power and precision of massive, heavy, military-grade radars — mounted on ships or the nose cones of fighter jets — to a tablet-sized device.  Full Article: