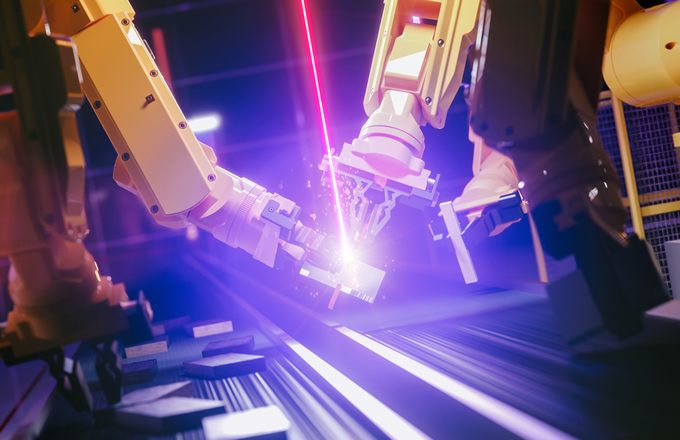 What Conditions Do Robots Face?

Autonomous robots designed for harsh conditions are built to face one of a few different extreme environments, including the deep sea, mine shafts, underwater caves or space. These settings are usually too dangerous — or impossible — for humans to work in.

Each of these environments presents unique challenges for robot designers. Robots operating in the deep sea need to be equipped to work underwater while subject to massive pressure. Robots in space will need to work under an array of conditions you'll seldom see on earth — like extreme temperatures, high levels of radiation and a near-total vacuum.

These harsh conditions make testing difficult but also all the more necessary. Robots and robotic components built to work on factory floors — which have carefully regulated operating conditions — would likely fail fast in harsh conditions. Testing is the only way to know what works and what will need to be improved.

Field robots, which operate outside of controlled environments like factories, can be some of the most difficult to test because of how difficult it can be for designers to properly model the working conditions. While it's easy to recreate a factory floor in a lab setting, the vacuum of space can be more challenging. Autonomous robots may also need to make complex navigational decisions — another hurdle for designers, as it can be hard to simulate the rough terrain of a mineshaft or underwater cave.

Additionally, since robots are a unique combination of hardware and software, they can fail in many different and unique ways. Hardware that works fine in the lab or under test conditions may unexpectedly fail due to testing oversights. Some software issues, like memory leaks, will only become apparent after significant up-time — meaning they can sneak past designers who only test their robots briefly.

Usually, designers will begin testing with basics that can help them understand a robot's strong points and potential points of improvement. The design team will almost always perform a few standard tests to answer some essential questions. How much power does the robot actually use while navigating the environment and performing tasks? How steep of an incline can this robot tackle? At what angles will it tip over?

Designers will also need to ask more specific questions to ensure the robot can function in harsh conditions. How much water pressure can this bot — or its components — withstand before failing? How much dust does it take to cover up its optic sensors or jam its wheels?

Satellites, for example, are usually outfitted with many different components that must all stay intact both during launch and in space. In cases like these, designers use special tests to see if the satellite and its components will function both in a vacuum and under the extreme conditions of launch. Rovers designed for other planets will need similar testing.

Answering all these questions in the form of a field test can be challenging, as well as time-consuming. If a robot has four different components that must all operate at five different levels of pressure, you're already conducting 20 different tests. A designer may also need to test variables in isolation before combining conditions to determine how a component works under both high pressures and high temperatures.

When successful, though, these tests will help designers iterate on their design and better equip the robot for the conditions it will face in the field.

Robots can sometimes spare humans from working in harsh or dangerous conditions. However, these bots aren't invincible, and they're often equipped with sensitive electronic equipment that can easily fail if not properly tested.

Designers that build robots for harsh environments carefully test to make sure their creations are ready. This testing can be time-consuming and difficult to design to simulate harsh conditions. When successful, however, testing can provide valuable operational information and help us build more robust robots in the future.

Scott Huntington is a writer who lives in Vermont and covers the world of technology, robotics, and automotives. Check out his site Off The Throttle or follow him on Twitter @SMhuntington.