Thanks to the hustle and bustle of modern life, we spend much of our time on the move — and that time is precious. Therefore, particularly while driving, having as comfortable a journey as possible, and one that involves minimal effort, is a necessity. There are a number of automotive gadgets that we all take for granted, and we would be lost without them if we had to set off on a 200-mile round trip and our home comfort wasn’t there.

Take a radio for example. The first major entertainment device, however it is rarely found switched on within the four walls of the house now — unless we’re doing the dishes and can’t give Netflix our full undivided attention. In the car however, the radio or aux port is an absolute must, and without it, the silence is utterly deafening.

For those longer journeys however, it is the automotive gadgets that we don’t think about at first attempt that actually bring us the most comfort. Cruise control is readily available in most standard issue cars now, however if not, it can be fitted as an added extra.

The device, which regulates a vehicles speed, could be considered the ultimate pioneer in the autonomous vehicle revolution. In 1948, Ralph Teetor, a man who didn’t drive himself as he was blind, noticed how people behind the wheel tended to slow down when they were having a conversation. This frustrated Teetor, and he wanted a solution. Creating cruise control, Teetor effectively allowed the driver to pay less attention to negotiating the vehicle on the road.

Seven decades ago and Herbie: The Love Bug would have seemed like an unfathomable idea to anyone in the automotive industry. The lovable Beetle, however, was a fictional car, and we didn’t have to worry about him bumping into us on the way to shops on a Sunday morning. Although now in 2019, it appears fully autonomous (driverless cars) could be hitting our roads as soon as next year.

Driverless cars, a bit like Brexit, are something many of us tended to ignore, as it seemed like one of those events that was never going to happen. At the very least, if it was going to happen at all, it was years away. But, 2020 could be the year. Therefore, here with Lookers, retailers of the Ford Kuga Titanium, we take a look at autonomous vehicles and the huge debates around their introduction. 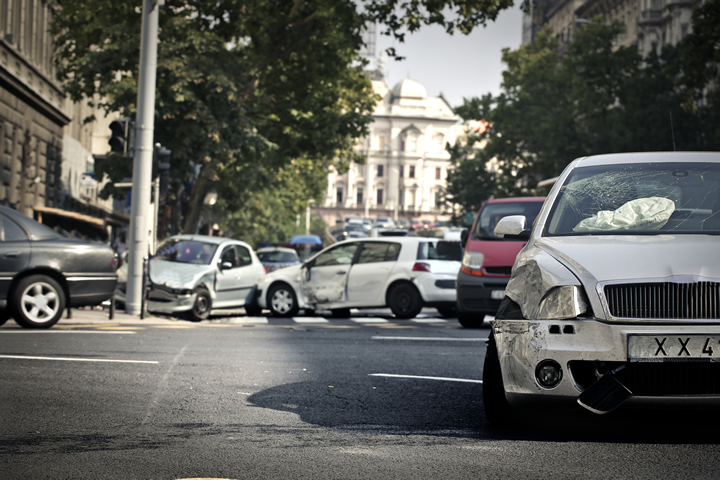 The overarching argument for unleashing these cars onto the market is increased safety. For the year ending June 2018, 26,610 had been either killed or seriously injured in traffic collisions on UK roads. A report in 2017 found that two per cent of accidents were caused by weather conditions, two per cent caused by vehicle issues, and a further two per cent by unknown reasons. That leaves 94 per cent — which has been associated with human error.

Not one of us is perfect. We’ve all made mistakes behind the wheel, some more considerable than others. But humans do these things. We get road-rage while we’re stuck in traffic, use our phones when we shouldn’t, and we get tired. For an autonomous vehicle, these factors don’t come in to play — and they certainly wouldn’t drink and drive. Despite relentless campaigns to stop drink driving in the UK, it is still a major issue. Between 1979 and 2014, an average of 666 people were killed on Great Britain’s roads each year, thanks to someone driving under the influence.

So, why wouldn’t we pass the bat over to driverless cars? If autonomy can be perfected, which major car manufacturers in the US mostly are proving it can, then 90 per cent of crashes would be prevented.

A study carried out in California, between 2014 and 2018, found that, of the 38 accidents in which autonomous vehicles were involved, all but one was caused by a human. If we were to follow the statistics offered by the report, then any rational thinker would be proposing we remove the ‘driving seat’ and let AVs lead the way.

It must be considered however, all these tests have been carried out in California (The Sunshine State), where weather bares little resemblance to that of ‘Caledonia’. If the driverless car is going to be unleashed onto our British roads, it would be more than appropriate to make it spend a few months driving around the Highlands and Islands, battling against the elements.

One of the major arguments that has presented itself time and time again throughout the US, as talk of driverless cars has increased, is the conscience within the car. ’You decide: Would you let a car determine who dies?’, was the title of ABC’s 2018 article. The piece, published by the Australian news outlet, points to the fact that, at some stage in the future, an AV is going to play God — deciding whether someone lives or dies.

John Gilpin, aged 52, was faced with the decision back in the 1980s that driverless cars will face in the future. “I was driving a refrigeration lorry at about 50mph towards a roundabout at the bottom of the dual carriageway. As I approached the roundabout, a school bus coming towards me had lost control and headed on to my side of the road. I was faced with the option of taking out a full school bus or throwing the truck into the ditch.” John’s snap decision cost him his much of his eyesight, but prevented the death of so many others.

ABC’s article questions whether or not the autonomous vehicle would be able to make the same decision. A human will place their decision in context, whereas a driverless vehicle will simply save the most people.

Undoubtedly the manufacturers of driverless cars are going to place a huge emphasis on the safety these cars will provide and bring to the roads, and their introduction will be a slow phasing process throughout the world.

There are still so many questions that remain unanswered however. Most of us have been in the situation where someone has shunted us from behind, crippling the back bumper. We get out, we protest our innocence and demand their admittance of guilt. With AVs, who do we blame?

Time will be the ultimate teller in this saga, but it certainly will be an interesting one.