AI has transformed our lives in a plethora of ways. Starting from advanced robots to simple household devices, it is hard to name an industry that does not involve the applications of AI. Most noticeably, AI has made a significant impact on the construction industry. AI-enabled construction robots are helping the construction industry realize its true potential by simplifying the laborious tasks and executing them with precision.

Construction robots are designed in such a way that they can be easily transported to the construction site. The main advantage of using construction robots is to save time, increase precision and efficiency, thereby leading to greater economic benefits. For instance, Hadrian X is a bricklaying automated machine capable of building walls of a house by calculating the necessary materials and movements without any supervision. It was developed by an Australian based firm by incorporating an intelligent control system. The robot can lay bricks at a speed of 1,000 per hour with 100% accuracy. It can also detect changes caused due to external factors such as wind and vibrations and create the design accordingly. It has been estimated that the bot takes 2 days to complete work that could otherwise take around 4-6 weeks when done manually. 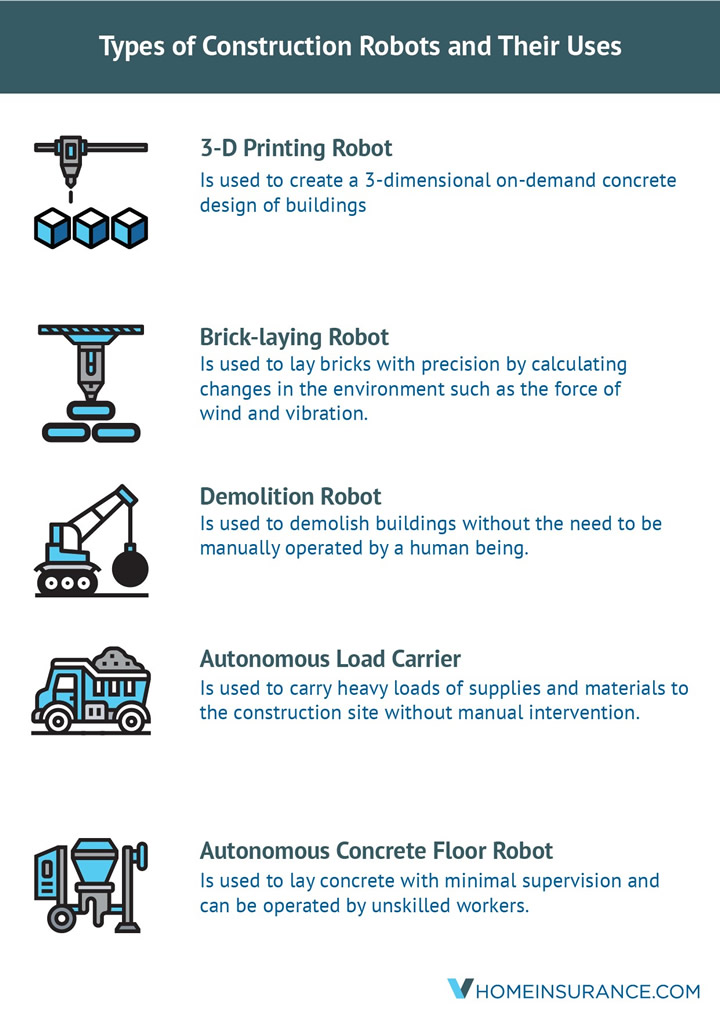 Another hindrance to the progress of construction is linked to safety concerns and accidents occurring due to human error. Statistics reveal that 21% of work deaths in the U.S are linked to the construction industry. Many companies have been actively involved in developing robots that could increase the safety of humans. Most noticeably, Volvo has designed an autonomous self-driving load carrier, HX2, that can carry supplies and materials to the construction site without human intervention. It can also move heavy loads with relative ease. The autonomous carrier detects obstacles and humans with the help of the “vision system,” developed by Volvo. This could replace humans working in construction sites, thereby reducing the risk of fatalities.

The International Federation of Robotics and the Robotics Industries Association had predicted that the construction robotics industry would witness a CAGR of 8.7% from 2018 to 2022. The global market research company International Data Corporation went a step further and estimated a CAGR of 20.2% for the same period. While the numbers are not staggering, this is considered to be promising, given that the construction industry is one of the least automated industries. With the growing demand for residential and commercial buildings and the advancements in AI, it is safe to say that AI-powered construction robots will play a vital role in revamping the construction industry.