What Does E.M.I.L.Y. Mean for the Future of Robot-Assisted Rescue? 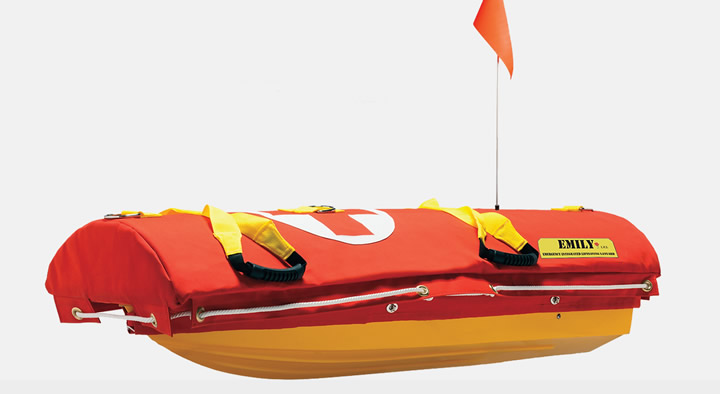 Year after year, researchers develop new technology to improve society. Automated defibrillators, artificial organ transplants and other devices save thousands of lives annually. E.M.I.L.Y. is another example of innovative technology designed for the purpose of preserving life.

In 2010, Hydronalix introduced the Emergency Integrated Lifesaving Lanyard (E.M.I.L.Y.). The inventor is Tony Mulligan, the company’s CEO. Since its inception, Mulligan and others have used E.M.I.L.Y. to rescue swimmers from drowning off the coast of cities like Los Angeles.

The origins of E.M.I.L.Y. go back to the early 2000s when Mulligan began collaborating with the U.S. Navy to create the device. He, the Office of Naval Research and the Navy’s Small Business Innovation Research started working on prototypes for a device that can propel itself. Once they created the designs, the U.S. Navy funded research and development.

E.M.I.L.Y. looks like a large cylindrical device that’s primarily red with yellow handles and a white lifeguard logo. This robot-assisted rescue technology acts as a rescue board, one of the essential tools at a lifeguard’s disposal. E.M.I.L.Y. has an electric motor and uses water to propel itself forward, using the jet stream to move similarly to a jet ski.

One significant benefit of E.M.I.L.Y. is operators can drop it from the sky into the water and immediately begin to drive it using a remote control. Using E.M.I.L.Y. instead of a human lifeguard is more efficient because it travels at speeds up to 24 mph. For reference, some of the world’s fastest swimmers don’t reach this speed. At the 2009 World Championships, decorated swimmer Michael Phelps swam at a rate of about 5.5 mph.

E.M.I.L.Y. has aircraft-grade technology kevlar to make it highly durable. It’s heat-resistant and able to endure long periods in the water. E.M.I.L.Y. devices must be rigid because sometimes swimmers get stuck in rough waters. The ocean is the most prevalent place rescuers use E.M.I.L.Y., but it can be helpful in any water where swimmers need help.

Another advantage of E.M.I.L.Y. is its size. Though it’s compact and four feet long, it can be more efficient than a typical life raft. It weighs about 80 pounds, which can be challenging for a single lifeguard to carry, but the buoyancy helps keep the raft afloat during times of distress. E.M.I.L.Y. can carry up to five adults at a time.

No lifeguard or rescuer sits on E.M.I.L.Y. while it travels into the water, so how do they communicate with the people needing rescue? These devices have speakers so the lifeguard can talk to those in distress and calm them down. Panicking can lead to a higher risk of drowning, especially for people with thalassophobia.

Since 2010, E.M.I.L.Y. has been an incredible life-saving technology increasing the efficiency of rescue missions. Though, the advancements aren’t complete yet. There is still room for E.M.I.L.Y. to grow and become an even better tool for emergency response.

One advancement to look for in the future is an automation feature. Right now, an operator has to use a remote control to navigate E.M.I.L.Y. through the water to people in need of rescue. With automated features, E.M.I.L.Y. could accelerate and go by itself. All the lifeguard would need to do is input the coordinates. This advancement would cut down the time required to get E.M.I.L.Y. to the people in the water and reduce the need to follow E.M.I.L.Y. because it knows where it’s going.

Another innovation E.M.I.L.Y.’s developers are looking for is thermal imaging. Water in the ocean can get deep quickly, so having thermal detection can more quickly identify people in the water who may be submerged already. Rescuers in a boat or helicopter would have difficulty seeing them in an aerial view.

Researchers are also looking for ways to slow E.M.I.L.Y. automatically as the device nears humans. At its 24 mph speed, the large raft can be dangerous if it barrels toward people without slowing down. If E.M.I.L.Y. can decelerate, it would also make the raft easier to grab for those in the water. Some may be exploring the water, but others could be traveling in the ocean out of desperation.

How Does E.M.I.L.Y. Influence Internationally?

E.M.I.L.Y. is a revolutionary device for the world of search and rescue. Its ability to rescue people in the water can save thousands of lives and make lifeguards’ and other emergency responders’ jobs easier.

One way E.M.I.L.Y. can influence the future is in development. Researchers are looking for ways to automate the voice coming from E.M.I.L.Y. so it can speak different languages. This innovation would help reach people worldwide who don’t speak the same language as the rescuers trying to help them.

Automated languages would help as some incorporate E.M.I.L.Y. for geopolitical events. Refugees often use oceans and seas in desperation to leave their homeland out of fear. In the past few years, many people have left countries like Syria and tried to use the Mediterranean Sea to get to Europe. Some died on the journey, but organizations have used E.M.I.L.Y. to help these people.

In Greece, rescuers saved more than 240 refugees who tried to make the swim to the European country in 10 days. An automated voice feature would cut through the language barrier because there’s no guarantee the rescuers know the same language as those in the water. Reducing the language barrier would save even more lives, especially for those most desperate to escape their situations.

How Will E.M.I.L.Y. Change Robotics in Rescue Missions?

E.M.I.L.Y. symbolizes how automation is changing the world. It’s a goal in many industries, such as automotive and medical. Leaning on machines to do work for humans makes jobs more efficient because artificial intelligence can often work better than people. For aquatic missions, robot-assisted rescue can save lives without risking the lifeguard or emergency responder. Improving efficiency and lives saved is the ultimate goal of E.M.I.L.Y..

This technology has had an influence on robotics in rescue missions. Since its development, other companies have developed technology to build on what E.M.I.L.Y. brought. For example, a German company has created its own robot rescue teams can use in emergencies. The device uses cameras to detect someone in the water and bring them to the surface.

The Future of Robot-Assisted Rescue

Lifeguards and other emergency responders bear a lot of responsibility. They must keep a watchful eye for swimmers who may be in danger. When they get the call, lifeguards must put their lives on the line to save someone else.

E.M.I.L.Y. has taken some of the responsibility and made life easier for everybody. These robotic devices have made rescues more efficient and it seems the future holds room to grow for further innovation.