Future robots might incorporate the ability for a surgeon to program the surgery and just supervise the procedure, as the robot performs most of the tasks. The possibilities for improvement and advancement are only limited by imagination and cost. 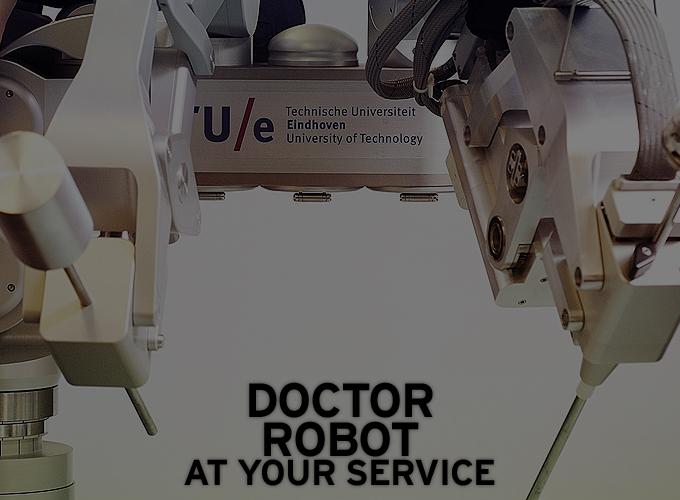 The word "robot" comes from the Czech word robota, which means drudgery or servitude. It appears that Isaac Asimov, rightly famed for his collection of stories about robots, was the originator of associated terms like "robotics" and "roboticist.”

“There might have been a look of respectful intransigence on the surgeon's face, if a robot of his sort, in lightly bronzed stainless steel, could have such an expression - or any expression. Andrew Martin studied the robot's right hand, his cutting hand, as it lay motionless on the desk. The fingers were long and were shaped into artistically metallic, looping curves so - graceful and appropriate that one could imagine a scalpel fitting them and becoming, temporarily, one piece with them. There would be no hesitation in his work, no stumbling, no quivering, and no mistakes. That confidence came with specialization; of course, a specialization so fiercely desired by humanity that few robots were, any longer, independently brained. A surgeon, of course, would have to be.” (Bicentennial Man by Isaac Asimov)

We’re not quite to the point where our surgeon is a robot, but today, surgeons are supported by robots. Robot-assisted surgery is performed by utilizing various robotic equipment, including the da Vinci® Surgical System. Da Vinci is the most innovative, minimally invasive surgical platform in the world. Robotic surgery enables surgeons to operate with unmatched precision and control using only a few 1-2 cm incisions. 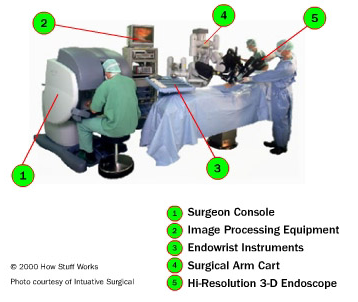 Taking a glimpse into the future, surgery may require only one surgeon, an anesthesiologist and one or two nurses. The doctor sits at a computer console, either in or outside the operating room, using the surgical robot to accomplish what it once took a crowd of people to perform. Robotic surgery has several advantages over conventional surgery, including enhanced precision and reduced trauma to the patient. Traditional heart bypass surgery requires that the patient's chest be "cracked" open by way of a 1-foot long incision. However, with the da Vinci system, it's possible to operate on the heart by making three or four small incisions in the chest, each only about 1 centimeter in length. Because the surgeon would make these smaller incisions, the patient would experience less pain, trauma and bleeding, which means a faster recovery. The robotic arms hold the rods in place. One of the rods has two endoscopic cameras inside it that provide a stereoscopic image, while the other rods have surgical instruments that are able to dissect and suture the tissue. 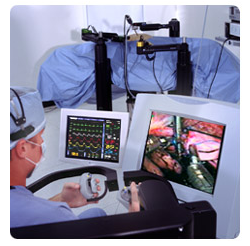 The da Vinci system can decrease the fatigue that doctors experience during surgeries. Surgeons can become exhausted during long surgeries, and can experience hand tremors. Even the steadiest of human hands cannot match those of a surgical robot. Engineers program robotic surgery systems to compensate for tremors, so if the doctor's hand shakes, the computer ignores it and keeps the mechanical arm steady.

The ZEUS® Surgical System is made up of an ergonomic surgeon control console and three table-mounted robotic arms, which perform surgical tasks and provide visualization during endoscopic surgery. Seated at an ergonomic console with an unobstructed view of the OR, the surgeon controls the right and left arms of ZEUS, which translate to real-time articulation of the surgical instruments. A third arm incorporates the AESOP® Endoscope Positioner technology, which provides the surgeon with magnified, rock-steady visualization of the internal operative field.

Voice control allows the surgeon to precisely guide the movements of the endoscope with simple spoken commands, freeing the surgeon's hands to manipulate the robotic surgical instruments. ZEUS custom scales the movement and filters out hand tremor, enabling surgeons with greater capability to perform complex micro-surgical tasks. In 1999, ZEUS made history in the world's first robotic-assisted beating-heart bypass surgery, by Douglas Boyd, MD. 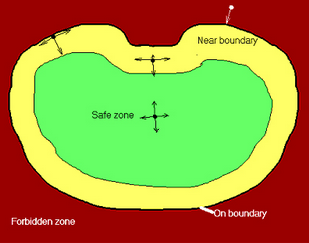 A surgeon working with a robot can perform complete surgical procedures without the need for large incisions. Once the surgery is complete, the surgeon removes the rods from the patient's body and closes the incisions.

A robotic system will keep a surgeon from wandering from the essential site and do damage to other areas. As an example, during an orthopedic operation surgical tools can do a lot of damage to soft tissue. The robot is programmed to constrain the area where the surgeon can operate. It does this by providing force feedback. As the surgeon approaches the soft tissue, the robot pushes back against the surgeon's hand. 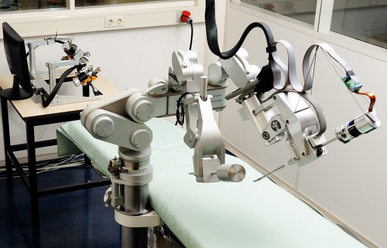 Linda van den Bedem from Eindhoven University of Technology has created a prototype surgical robot that does provide tactile feedback, and its name is Sofie… or Surgeon’s Operating Force-feedback Interface Eindhoven. Sofie is controlled via joysticks on a control panel, which become harder or easier to move, depending on how much pressure the robotic surgical instruments are exerting against the patients’ tissues. Such a system could be particularly useful for tasks such as making sutures, as it should give surgeons a better sense of how tightly they’re pulling the thread. Van den Bedem’s creation is also more compact than most surgical robots, and is mounted on the operating table instead of the floor. This means that when the table is tilted or moved within the room, Sofie will move with it, so no readjustments will be necessary. TU/e has patented the force-feedback system, and van den Bedem is now looking into commercializing Sofie. She anticipates it will be at least five years before the robot is available for purchase. 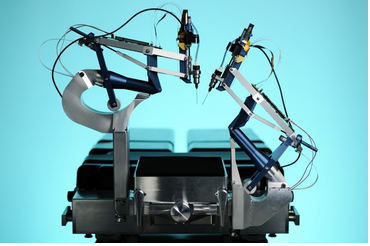 Researcher Thijs Meenink at TU/e has developed a smart eye-surgery robot that allows eye surgeons to operate with increased ease and greater precision on the retina and the vitreous humor of the eye. Eindhoven University of Technology is a research-driven, design-oriented university of technology with a strong international focus. Eye operations, such as retina repairs or treating a detached retina, demand high precision. In most cases surgeons can only carry out these operations for a limited part of their career.

“When ophthalmologists start operating they are usually already at an advanced stage in their careers”, says Thijs Meenink. “But at a later age it becomes increasingly difficult to perform these intricate procedures.” The new system can simply filter-out hand tremors, which significantly increases the effective working period of the ophthalmologist.

The tiny needle-like instruments on the robot arms have a diameter of only 0.5 millimeter, and include forceps, surgical scissors and drains. The robot is designed so that the point at which the needle enters the eye is always at the same location, to prevent damage to the delicate eye structures. The slave arms allow a change of instruments within only a few seconds, for example from forceps to scissors. This is an important factor in reducing the time taken by the procedure. Some eye operations can require as many as 40 instrument changes, which are normally a time consuming part of the overall procedure. Robotic eye surgery is the next step in the evolution of microsurgery in ophthalmology, and will lead to the development of new and more precise procedures.

Various methods of imaging are used prior to a surgery to diagnose the medical problem and help doctors determine the best method to approach the procedure. The main method in use is computer tomography. CT scans obtain cross-section images that are particularly useful when diagnosing cancers and viewing the chest and the abdomen. Because these images can pinpoint pathologies, the surgeon is given a great degree of precision in guiding the instruments around healthy tissue with minimal injury. 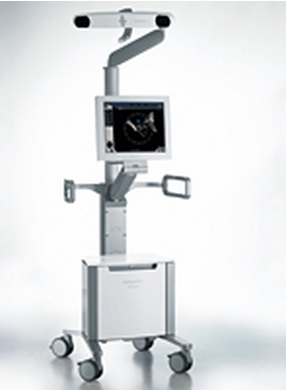 The Braun Melsungen AG OrthoPilot® is a perfect integration within the surgical workflow by avoiding long operating times. This orthopedic operating system minimizes the strain on the patient caused by the navigation procedures.

OrthoPilot® was developed to achieve the surgical goal of a perfect implant alignment without having to perform preoperational examinations or take radiation-intensive and expensive CT or MRI scans. Braun has developed software programs to assist the surgeon, who is operating the OrthoPilot. The OrthoPilot® HipSuite includes applications for Total Hip Arthroplasty while the THAplus provides full functionality without a femoral pin. The OrthoPilot® KneeSuite includes applications for Total Knee Arthroplasty, Unicondylar Knee Arthoplasty, and Total Knee Revision.

Researchers in Singapore have created a miniature robot with a pincer and a hook, called robo-crab, which can remove early-stage stomach cancers without leaving any scars. Only this crab doesn’t move sideways. Mounted on an endoscope, it enters the patient's gut through the mouth. It has a pincer to hold cancerous tissues, and a hook that slices them off and coagulates blood to stop bleeding. With the help of a tiny camera attached to the endoscope, the surgeon sees what's inside the gut and controls the robotic arms remotely while sitting in front of a monitor screen.

One company is perfecting the art of hair restoration, taking the tedious job from surgeons of plucking individual hairs from the back of a balding patient's head and transplanting them to the top. Revolutionizing the field of hair transplantation, Restoration Robotics, Inc. pioneered the ARTAS™ System. This interactive, computer assisted system utilizes image-guided technology to enhance the quality of hair follicle harvesting for the benefit of physicians and their patients. 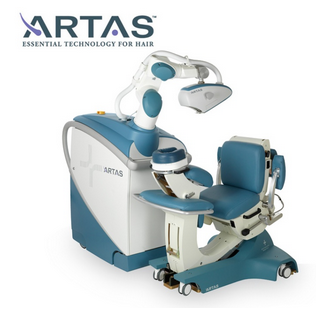 Telesurgery is the application of robotic surgery across long distances with the surgeon and patient possibly thousands of miles apart. This type of surgery is made possible by the transmission of digital data by high-speed telecommunications technology. Although a long time lag in data transmission had previously been anticipated as a barrier to telesurgery, time lapses are measured in milliseconds and appear to be safe. With the use of remote robot-assisted surgery, geographic location no longer has to be an impediment to the type of surgical treatment available to a population.

Robotic surgery systems are still not common, although they have the potential to improve the safety and effectiveness of surgeries; plus they are very expensive ($1.5 Million) so few hospitals have them. Some of these robots are in use now in the modern hospitals and some are still in the development stages along with other robots not mentioned here. We will see tremendous strides taken in the area of robotic surgery in the next decade. One exciting possibility is expanding the use of preoperative and intra-operative video image fusion to better guide the surgeon in dissection and identifying pathology.

Some companies are currently working on systems to relay touch sensation from robotic instruments back to the surgeon. Future robots might incorporate the ability for a surgeon to program the surgery and just supervise the procedure, as the robot performs most of the tasks. The possibilities for improvement and advancement are only limited by imagination and cost.