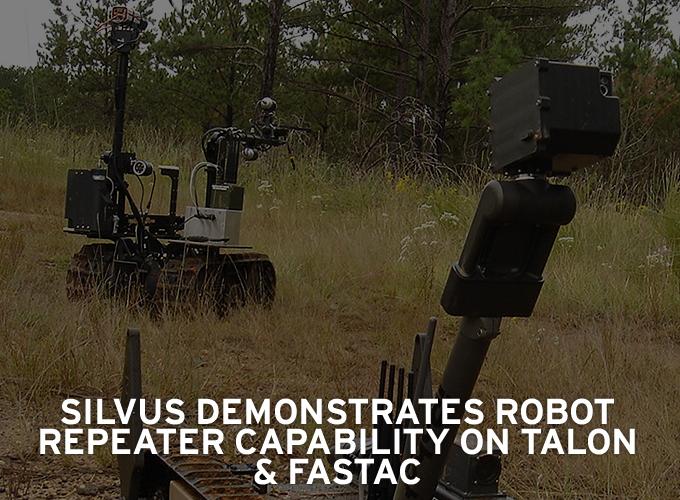 The Silvus SC3500 dual band MIMO radio is a mobile ad-hoc mesh network IP based packet transceiver that delivers cutting edge technology and superior video/command/control data to the operator.  It can scale to dozens of nodes in a network and provide an aggregate throughput in excess of 10 Mbps.

The SC3500 integrates easily into both systems using the QinetiQ IP conversion kit for the TALON and a Silvus Integration Kit for Packbots, allowing for a quick bolt-on conversion and operation in a mesh network or repeater configuration.  3 dBi omni antennas were used on all radios with 1 Watt total TX power.  The soldiers were instructed not to worry about antenna placement. 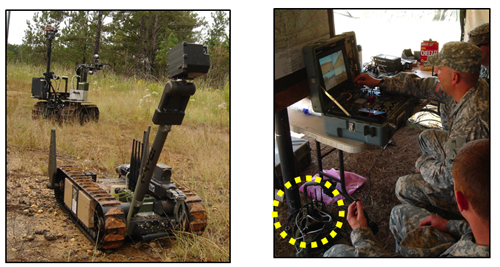 Silvus SC3500 integrated into FasTac & TALON, note the Silvus radio on the ground with the soldiers

The Silvus radios extended the range over existing comms systems used in robots.  When applied to infantry missions, it provided them with advanced reconnaissance and surveillance capabilities of their objective from safe standoff distances taking them out of harms way.  Using a repeater setup provided: 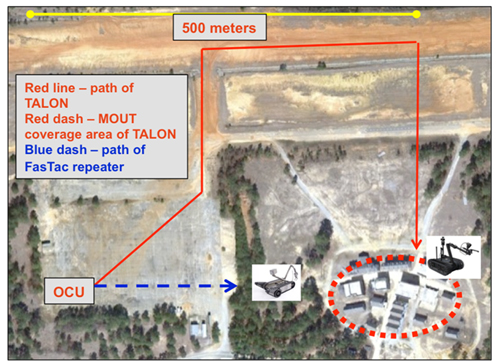 U.S. ATEC (Army Test and Evaluation Command) polled infantry soldiers polled using Silvus’ MIMO radios who feel the SC3500 is ready for war.  They determined a user ‘take to war’ score of 3.7 out of 4.