Robo-ops gives students an opportunity to engineer a solution to a future NASA mission and be a part of the NASA team. They get to compete and network with other students in their field and have fun while doing it all. NASA gets innovative ideas for its future missions and exposure to some brilliant talent that could soon be part of the NASA team. We all get smarter from this. 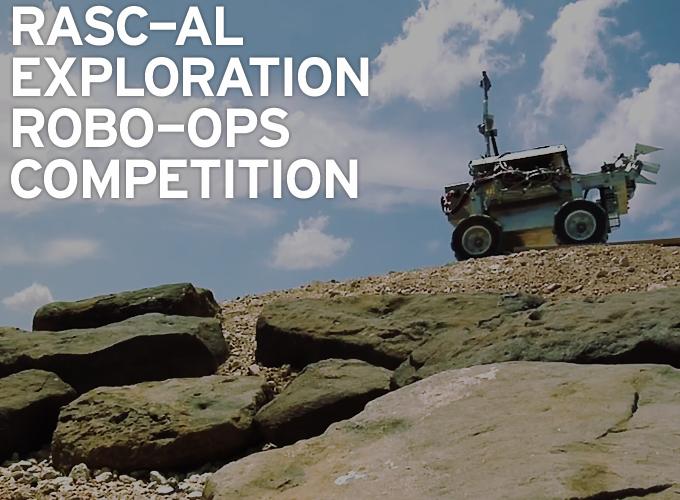 RASC-AL Robo-Ops is one of three RASC-AL design competitions that prompt collegiate students to investigate, plan and analyze space exploration design at differing stages of development.  What was the inspiration behind Robo-ops and how is it different from the other RASC-AL competitions?

The original RASC-AL was/is a high level architecture competition used as a mechanism to pull innovative approaches for humans to explore challenging destinations from a total mission perspective.  Some universities do not ‘school’ their students in space architecture so this was also a way to foster it in the universities where NASA could benefit.  One of the architecture themes that showed up inside of the original RASC-ALS and was percolating inside of NASA too, was the concept of humans and robots working cooperatively together.  So we thought it would be good to get some focused innovation in that area from universities with strong engineering programs that were not participating in RASCAL’s full mission architecture competition to innovate teleoperated robotics concepts for us.  Hence, RASC-AL Robo-Ops was developed to do just that.

How does participation in Robo-Ops contribute to providing full or partial solutions to design problems and challenges currently facing human space exploration?

Some of the future missions we are considering in NASA involve teleoperating small/fast robots on the moon from Earth or lunar orbit and on Mars, as precursors to the more dangerous and costly human landing on the surface.  This inserts a new way of using human cognitive capabilities to increase exploration return beyond what traditional mars-like robotic operations yield due to the long time delay of communications back and forth from earth – a step in between traditional robotic operations and humans actually being there…the robots are their eyes, arms and legs with a half- to only three-second time delay!

How is Robo-ops currently relevant to NASA and it’s new approach for future human space exploration?

Well I sort of just answered that but perhaps I can add to the previous question…..The operational methods being innovated by the students with them controlling the robot from their campus while it is running on the rockyard down at JSC yield a variety of different robotic designs/ideas for:

The first year almost all the robots were controlled in every fashion by the students.  The second year they identified things that should be automated (like grappling samples), and things humans do best (situational awareness and navigation)…and every team got better!

At the Robo-Ops Competition, three fourths of the team’s score is related to rover performance, but the remaining one-third is related to Education and Public Outreach (E/PO) approaches that demonstrate participatory exploration approaches for future NASA missions.  Why is there such an emphasis on the E/PO…why is this important?

Because what excites people is being in on discovery in real-time, not reading about it in a science paper a year after it happened.  The public pays for these missions, they should have a front row seat.  We want to use the students to tell us how we can better include them in future NASA missions.

What benefits does Robo-Ops provide to the student participants, and to NASA?

Robo-ops gives students an opportunity to engineer a solution to a future NASA mission and be a part of the NASA team. They get to compete and network with other students in their field and have fun while doing it all. NASA gets innovative ideas for its future missions and exposure to some brilliant talent that could soon be part of the NASA team. We all get smarter from this.

Form or join a robotics club at your school, talk to your advisor about Robo-ops as a senior design project and come join NASA on our quest to extend  human-kind’s reach into the solar system!

Supplemental remarks from Doug Stanley, President and Executive Director of the National Institute of Aerospace, and Robo-Ops Steering Committee:

How did NIA become involved in managing Robo-Ops?

NIA is a strategic partner of the NASA Langley Research Center, with many of its researchers maintaining long-standing relationships with NASA researchers, working collaboratively on NASA’s human space exploration initiatives.  The first RASC-AL Competition (Robo-Ops’ sister competition), was created as a university reach-back program where NASA could look to students to get fresh ideas for future technical applications.  The idea was for NASA to gain access to the young minds who could be free to think outside of the box and come up with really innovative concepts without constraints.  RASC-AL was initially managed by another organization for NASA, but NIA had proven to be an effective partner and proposed to manage the program for NASA with enhancements that increased its academic rigor and overall success of the competition.  After several years of successful RASC-AL competitions administered by NIA, it became evident that NASA could use the same university reach-back approach to get ideas for humans and robots working together in space – and RASC-AL Exploration Robo-Ops was developed.  As a part of the original Robo-Ops Steering Committee, we designed Robo-Ops to replicate how robots and astronauts will work together in the near future on human space exploration missions, complete with communication delays. The students must control the rovers remotely from their home university using only video from the rover itself, thus replicating a real-life landing.

At the Robo-Ops Competition, three fourths of the team’s score is related to rover performance, but the remaining one-third is related to Education and Public Outreach (E/PO) approaches that demonstrate participatory exploration approaches for future NASA missions.  Why is there such an emphasis on the E/PO…why is this important?

NASA is taking a leading role in the effort to inspire interest in STEM through its unique mission, workforce, facilities, research, and innovations.  Robo-ops challenges teams to employ innovative concepts for participatory exploration that NASA can replicate for future missions.  It’s a testing ground for the best ways to keep the public engaged in NASA’s missions.

It’s important to bring in the public along, because one of NASA’s key missions is to help educate and inspire kids and get them interested in science and engineering.

What benefits does Robo-Ops provide to the student participants, and to NASA?

By charging students with designing, building, and testing an interplanetary rover, NASA and NIA are engaging them in work that parallels what real-life NASA professionals are conducting today.  Fresh approaches to research and concepts discovered in the students’ unique rover designs have the potential to produce concepts and data for practical use in NASA’s design of planetary rovers.  As NASA continues to explore the solar system, robots are increasingly needed to work in tandem with humans.  Serving as surrogate explorers, they have the capability to reach new worlds, explore unique extraterrestrial terrains and atmospheres, and conduct tasks too dangerous or precise for humans.  Understanding the need to cultivate the next generation of scientists and engineers, the Robo-Ops competition provides undergraduate and graduate teams the opportunity to develop novel, or expand on existing, technologies for use on interplanetary rovers, offering NASA access to new research and ideas by students.

We are going to be landing things on other planets; we’re going to have human-tended and human-robotic systems on lunar surfaces in the near future.  With Robo-Ops, we can test out student ideas & concepts and create engineers who will hopefully get to work for NASA in 10-15 years and who can build real hardware that can actually be able to land on planetary surfaces.

Additionally, by testing their rovers on terrains that simulate a variety of planetary environments at the Rock Yard at NASA’s Johnson Space Center (JSC), the teams are forced to come up with engineering concepts that could prove useful to advancing NASA’s mission of developing core capabilities for human space exploration that can be used in multiple locations in space.

The students benefit by getting their hands on a project – putting their academic learning into a real world problem.  They get to meet, network, and participate in long conversations with real NASA engineers, and get the experience of writing an intensive technical paper.  Some students may find internships and/or future careers with NASA as a result of their experience in this program.  It’s also a matter of prestige and giving them solid technical work they can add to their resumes.