While the CSS program is clearly a success, the company still would prefer to focus solely on manufacturing. They created the program to fill a void, and it means they will be able to promote from within their own ranks, but CSS would prefer not to take the place of educational institutions. 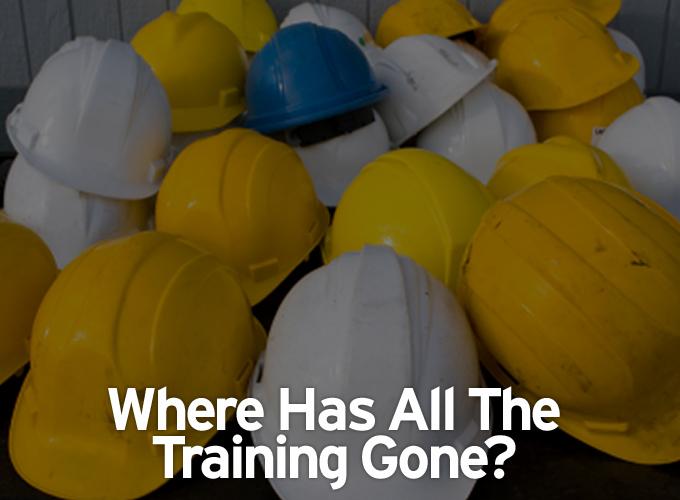 Apprenticeship and training programs critical to the future of manufacturing

Training is extremely important to the future of manufacturing in the United States, yet in many states it has fallen by the wayside. Training for skilled manufacturing positions has been hit by a perfect storm of budget cuts and the mistaken idea that all young workers should go to college. What training exists has a near-exclusive focus on non-manufacturing skills. Well-paid manufacturing jobs requiring manual skills are out there, and as the skilled workforce ages, it is becoming more and more difficult to fill critical positions with trained employees.

At Connecticut Spring & Stamping, the situation had become so desperate that to meet its capacity and continue to grow the company has had to replace formerly state-funded training with its own programs, tailored to the skill sets required for tool and die makers and various spring coiler setup operations.

While a successful in-house program definitely has rewards and helps CSS attract and retain skilled employees, the company still maintains that states should go back to providing these educational services, so companies can focus on what they do best – hiring and manufacturing.

Farmington, CT-based CSS is growing at a fairly rapid pace – about 20-30 percent per year, year over year. The company has been struggling for the past decade to get the qualified workers it needs to meet its capacity and expand its capabilities. For the 40 years before that, manufacturing facilities like CSS could rely on state-supported manufacturing sciences programs at local colleges and technical schools to train technical workers, including tool and die makers and spring coilers. But no more.

“As the manufacturing companies and jobs migrated to the South or overseas, the state began losing interest, and stopped funding these programs,” said Steve Dicke, vice president of sales and marketing at CSS. “We would run an ad for a spring set up person, and would rarely get any applicants with the proper training.”  Dicke explains that he found many likely candidates were pursuing computer programming training. Although the manufacturing jobs at his shop do require computer literacy to program machines, they also require an additional set of manual skills – the ability to maneuver the parts and machines.

According to Dicke, the difficulty in finding skilled employees could slow long term growth and future capacity needs, and means that CSS has to rely on overtime in the short term. “Managers are working longer hours and are leaning harder on key employees to support customer needs. In addition, we have to look at new opportunities more carefully and do not take on an opportunity unless we know we can fully support it.”

CSS director of human resources Kathy Bellemare explains that to become a certified skilled worker in Connecticut, individuals must complete apprenticeships comprised of 6000-8000 hours of on-the-job training (depending upon the specific job) and 432-600 hours of related training in a school-based setting.  The company must be registered with the state apprenticeship program for the worker to participate.

The apprenticeship program is based on completion of a set of work standards, including orientation, lathe, milling (horizontal and vertical) machine operations, grinding operations, sawing and cut off operations, drill machine operations, metal processing, bench assembly, trade specialty, and the related training at a technical school facility.

In the past, apprentices got this related training at trade schools, for example the nearby EC Goodwin Technical School, attending about 4 hours per week during working hours as part of the required program. Each apprentice was graded on their knowledge and placed in a program dependent upon their skill level. They would be given credit towards the related training hours for skills they already had.

Today, the OJT and related training requirements remain the same, but the technical schools no longer offer appropriate manufacturing schooling alternatives. Rather than being placed in programs to match their skill level and given credit for skills they have, apprentices are forced to take full semester courses during the evening. For example, CSS has two apprentices who are close to completing the state apprenticeship process and have been very frustrated with the 500 hour schooling component, which has become a barrier to certification. They have nowhere to go to take the specific classes they need. Instead they have to take time off from work and take a group of courses, not all of which are relevant.

“The apprentices we have on the state program are really having difficulty getting the class time they need while working full time,” says Bob Allen, director of engineering, tooling and metal form. “The programs seem to be more focused on college aptitudes than manufacturing skills.”

He adds that CSS has approached vocational high schools to see if they were interested in running courses and found their emphasis to be firmly on the side of training nurses, electricians and carpenters. “They have told us that there are not enough people for them to offer these courses, but we know that the jobs are there. With an aging workforce we need the next generation of skilled manufacturing employees to keep us ready and staffed for whatever the future holds for CSS.”

Because of the limited training resources, CSS made the decision in 2012 to create its own in-house apprenticeship program, tailored to spring and stamping to produce metal formed parts and coiled springs. Specific tracks were developed for CNC production set-up, press and fourslide diemakers, stamping press set-up operator, fourslide set-up operator, and heat set set-up operator. The CSS apprenticeship program is only offered to current CSS employees as an opportunity for advancement. It requires only a high school diploma or GED.

Under the direction of a qualified training instructor and using the same guidelines established by the state apprenticeship program, apprentices are trained in tasks assigned to each competency (basic, intermediate, and advanced) for each position.

According to Kathy Bellemare, the structured and formal program gives the apprentices a defined career path. After successfully completing each competency, the apprentice receives an increase in compensation. There is no timeline associated with each competency, and each apprentice learns at his or her own pace. “We have our own certificates and clear manager-defined functions, techniques, and skills for each position, with which apprentices must be proficient.”

The expectation is that workers will complete the program and get to competency level in about 3000 hours. Required training is handled by crediting apprentices for what they already know, identifying any weaknesses, and providing the related training in an extremely focused way. “When a skilled employee works with an apprentice and the person is having a problem with blueprint reading or shop math, we send them to a class, or even bring the training in house,” said Bellemare.

A diverse group of eleven people are currently enrolled in the program, including five minorities and two women. Trainees are basically working through the program eight hours a day, five days a week. As they become more advanced in the trade, CSS will promote more employees into the program.

Since the program began less than a year ago, there are no graduates yet, but the first crop is well on its way. For example, 23 year old tool maker Alex Pabon has been working at CSS for five years and credits the program for opening doors to him that would not have been otherwise. “It has helped me understand better how things are made and how important it is to make it right the first time.” He adds, “The trainers are easy to talk to and if you have any questions they go out of their way to make sure you understand. They are taking me under their wing and making sure I get the training needed to become a good tool maker.”

Brian Mills, a 24 year old auto power press set up apprentice, says the program has given him a goal he can shoot for every day and makes the job a lot more interesting. “When I first started here as an operator and watched the setup people at work, it looked hard and very confusing, so when I heard about the apprenticeship program I was a little nervous and skeptical about joining. But once I did, it was a smooth ride and not as hard as I thought. Once I’m done, I want to keep moving forward and make a good career for myself. I would not have had the opportunity if it wasn’t for the apprenticeship program at CSS.”

According to CSS, the cost of the program is fairly low, but they are definitely losing some efficiency. They estimate that there is about a 20-30 percent weekly efficiency loss associated with having the skilled employee training the apprentice.

To fund the program, CSS has taken full advantage of available grants, including the Connecticut Department of Labor’s 21st Century Skills Training Program and the Advance Training Grant Program.

Is there a future out there for manufacturing training?

While the CSS program is clearly a success, the company still would prefer to focus solely on manufacturing. They created the program to fill a void, and it means they will be able to promote from within their own ranks, but CSS would prefer not to take the place of educational institutions. They note a glimmer of hope on the horizon, as a few technical institutions and local community colleges have recently been putting out feelers concerning potential training programs and internships, possibly in response to requests from other manufacturers.