In 1962, Rosie, the robot, was more than just a maid to the Jetson family. Well, Toyota is working on such a robotic maid, which should be released in the next few years. 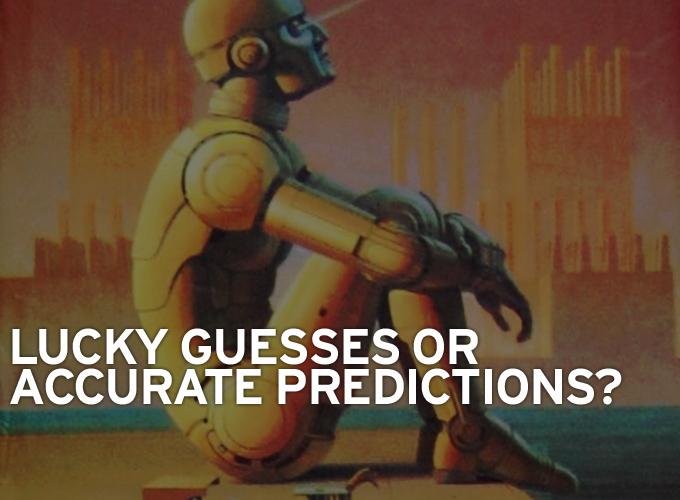 In 1940, Isaac Asimov published his first robot story, Robbie. Robbie is owned by the Weston family as a nursemaid for their daughter, Gloria. However, anti-robot sentiment rose throughout the world and Mrs. Weston becomes concerned about the effect a robot nursemaid would have on her daughter, since Gloria is more interested in playing with Robbie than with the other children. Robbie is returned to the factory. When Gloria is taken by her father to see the factory, she runs in front of a moving vehicle in her eagerness to get to her friend and is rescued by Robbie. 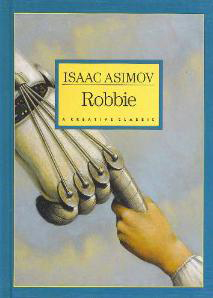 Today, we have the BEAR, which is an all-terrain, search-and-rescue, humanoid robot, which can lift and carry up to 500 pounds. It's designed to locate, lift, and rescue people, and it can grasp fragile objects without damaging them. The powerful torso and arms are controlled by hydraulics, and its mobility platform has two independent sets of tracked legs. The robot balances itself on the balls of its ankles, and it can remain upright while balancing on its knees or hips. Aside from search and rescue, it can be used for handling hazardous materials, surveillance and reconnaissance, mine inspection, heavy lifting, and warehouse automation. 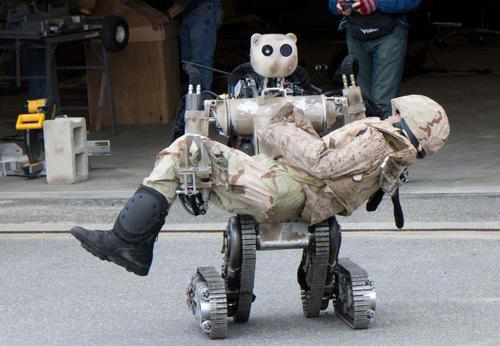 One of the best known robots in movie history, Gort, was completely indestructible and capable of destroying all life on Earth. Despite this, his companion Klaatu was attempting to save the earth from self-destruction in The Day the Earth Stood Still (1951). 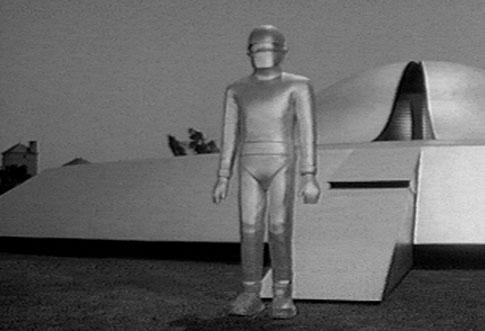 Gort was motionless most of the movie, but when he moved, he imparted fear. Of course, the most memorable line of the movie was, “Klaatu. Borada. Nikto” (Don’t kill everyone in the world), which the heroine spoke to him.

It’s not exactly like Gort but SWORDS (or the Special Weapons Observation Reconnaissance Detection System) is a weaponized robot being developed by Foster-Miller for the US Army. There are a variety of different weapons that can be placed on the SWORDS: M16 rifle, 5.56 mm SAW M249, 7.62 mmM240 machine gun, .50 cal M82 Barrett rifle, a six barreled 40 mm grenade launcher or quad 66 mm M202A1 FLASH incendiary weapon. 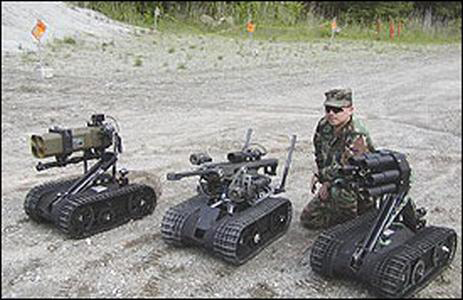 SWORDS units have demonstrated the ability to shoot precisely. The robots are not autonomous, but are controlled by a soldier, using a small console to remotely direct the device and fire its weapons.

In 1962, Rosie, the robot, was more than just a maid to the Jetson family. She also gave advice, especially to the Jetson daughter, Judy. Rosie was funny, but she was also the strength for the space age family. 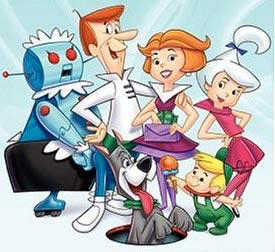 Who wouldn’t love to have a machine in your home that cleaned up after you, getting out the vacuum when the dog has rolled mud on the carpet, and making sure you jeans are clean when you need them?  Well, Toyota is working on such a robotic maid, which should be released in the next few years. 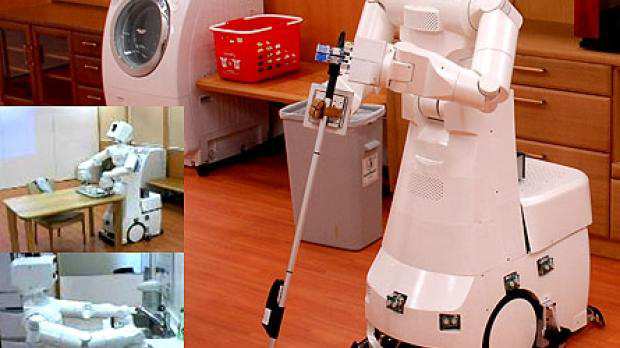 Toyota is attempting to make life a little easier for the elderly and people with disabilities in Japan. Tokio University's Information and Robot Technology Research Initiative have joined forces with Toyota and created a servant robot.

During its initial demonstration, the robot was successful in performing all of the tasks given to it, including doing the laundry, and cleaning rooms. The sophisticated robot has the ability to recognize obstacles and evade them. If it makes a mistake, it learns from it and does not make it again.  Guess what the robot’s name is? Rosie, of course.

My all time favorite robotic story was written by Ray Bradbury in 1950, called “There Will Come Soft Rains.” The story begins by introducing the reader to a computer-controlled house that cooks, cleans, and takes care of virtually every need that a well-to-do family could desire. The time is August 4, 2026 and the house performs its daily tasks as it prepares its inhabitants for a day of work and school. At first it is not apparent that anything is wrong, but eventually it becomes clear that the residents of the house are not present and that the house is empty.

The image of a woman, a man, two children are described as having been burnt into one side of the house, implying that they were all incinerated by the thermal flash of a nuclear bomb. The only thing left standing is the house, which continues to perform its duties unaware that the family is gone. 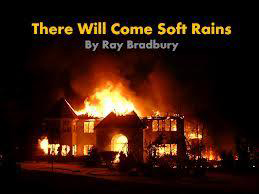 Even as the house burns down, because of a fire started by a fallen tree, the house warns the family to get out of the building and tries shutting doors to limit the spread. The house also attempts to fight the fire, but its water reservoirs have been depleted after numerous days of cooking and cleaning without replenishment. Only one wall is left, with a clock that continues to give the time and date.

Sixty-three years after Ray Bradbury wrote his story, we find an entire home automation industry, supplying all the devices needed to make a no-frills house, a place of utilitarian activity. 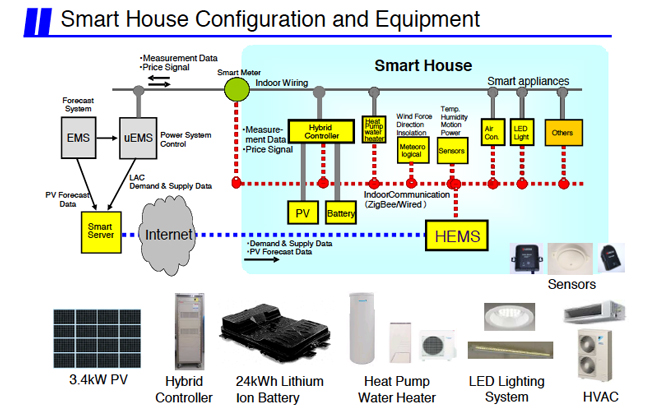 Artificial intelligence can give a robotic home life by allowing it to get to know its inhabitants sufficiently to predict their activities and remove mundane everyday household labor.  Integrating smart robotic technology into the infrastructure of a home is what Ray Bradbury predicted.

In 1977, Isaac Asimov wrote Think! Where a scientist discovered that her laser electroencephalogram (LEG) can scan each individual brain cell so rapidly that there is no temperature change, and yet more information is given. She successfully tests this on a marmoset and then realizes that the LEG allows telepathy. The story ends revealing that the LEG also allows people to talk to computers as independent intelligences. 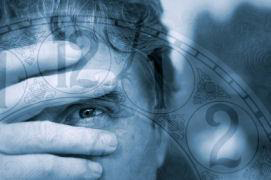 Today, paralyzed people are able to move robotic arms with their thoughts, due to a microchip that is implanted in their brains that sends neural signals to a computer. This new technology makes it possible for a quadriplegic to use only thought to move a robotic arm. A Massachusetts woman was one of two patients to use the arm. She picked up a bottle with coffee in it and drank it, using a straw. This is the first time in fifteen years that she was able to feed herself. 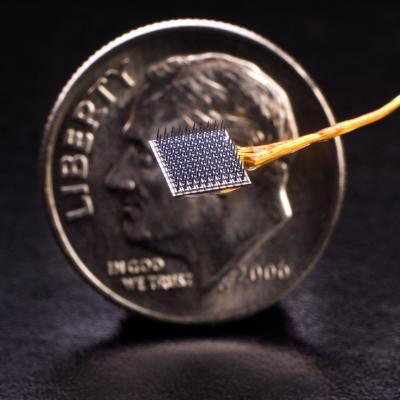 An implanted microelectrode array, first used more than a decade ago, detects brain signals which can be translated by a computer into machine instructions, allowing control of robotic devices by thought.

Someday, which was also written by Isaac Asimov in 1956, is a story about two boys who dismantle and upgrade an old Bard, a child's computer whose sole function is to generate random fairy tales. The boys download a book about computers into the Bard's memory in an attempt to expand its vocabulary, but the Bard simply incorporates robots into its standard fairy tale repertoire. The boys leave the room, and the Bard begins reciting a new story about a poor mistreated and often ignored robot called the Bard, whose sole purpose is to tell stories, which ends with the words: "the little computer knew then that computers would always grow wiser and more powerful until someday—someday—someday-- . . . " 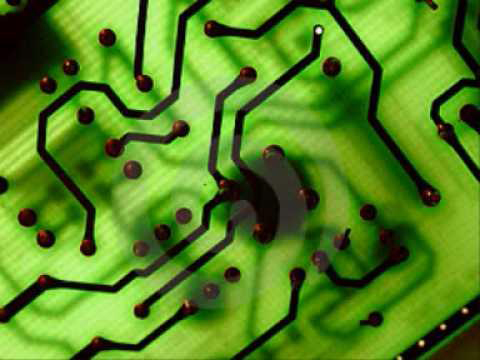 Well, someday is here.  A Japanese researcher has developed a system that allows a robot to solve problems. Using an algorithm, the robot uses its knowledge to complete assignments that it has been asked to perform. It learns from experience and can solve novel problems just like us humans.  Does this sound like a story from Asimov?

Machines can teach themselves to perform tasks they have not been programmed to do, using objects they have never seen before. In a world first, Osamu Hasegawa, associate professor at the Tokyo Institute of Technology, has developed a system that allows robots to look around their environment and do research on the Internet, enabling them to "think" how best to solve a problem. 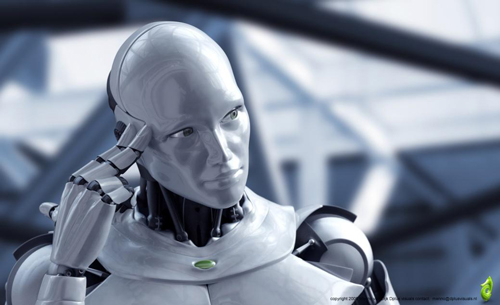