Companies worldwide are looking to introduce significant efficiencies to their manufacturing processes when introducing new products, and are discovering the many benefits of additive manufacturing, also known as 3D printing.

Stratasys Ltd., a manufacturer of 3D printers and materials for personal use, prototyping and production, today announced that Robert Seuffer, GmbH & Co. KG (Seuffer), a German supplier of parts for household appliances  and commercial vehicles, has incorporated Stratasys 3D printing in its manufacturing process to significantly reduce the time and cost of producing injection molded sample parts. 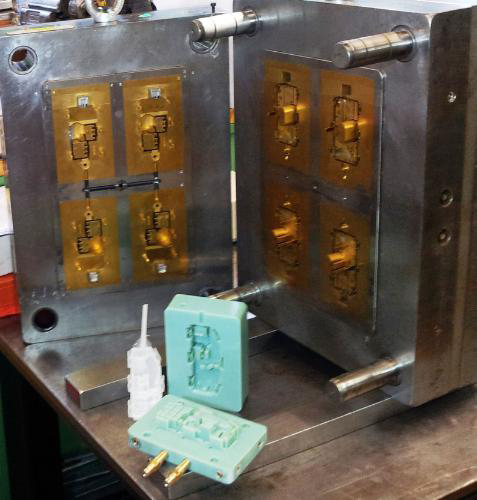 The injection molding process is used by manufacturers all over the world to produce parts in a variety of materials, most commonly thermoplastics. Prototype parts are required to evaluate the part design for performance and fit before mass production. The ability to dramatically streamline the tool creation process for producing these prototype parts is another concrete example of how Stratasys 3D printing is revolutionizing manufacturing.

"Working with the automotive industry, sample parts need to be tested in the environment of moving mechanical parts as well as in high temperature environments," explained Andreas Buchholz, Head of Research and Development at Seuffer. "With Stratasys 3D printing, we can design first drafts of the injection mold within a few days and 3D print them in less than 24 hours for part evaluation. Traditionally, it would take eight weeks to manufacture the tool in metal using the conventional CNC process.  And while the conventional tool costs us about 40,000 euros, the 3D printed tool is less than 1000 euros, a saving of 97%."

"Companies worldwide are looking to introduce significant efficiencies to their manufacturing processes when introducing new products, and are discovering the many benefits of additive manufacturing, also known as 3D printing,"  said  Andy Middleton, General Manager, Stratasys EMEA at Stratasys. "More and more manufacturers are adopting 3D printed tools as a complimentary injection molding solution - not only to cost-effectively test products before mass production, but also to produce customized parts."

Stratasys Ltd. is the corporate entity formed in 2012 by the merger of 3D printing companies Stratasys Inc. and Objet Ltd., based in Minneapolis, Minn. and Rehovot, Israel. The company manufactures 3D printers and materials for prototyping and production. Prior to merging, the two companies’ revenues totaled $277 million for 2011. Its patented FDM® and Objet inkjet-based processes produce prototypes or manufactured goods directly from 3D CAD files or other 3D content.

Systems include affordable desktop 3D printers for idea development, a range of systems for prototyping, and large production systems for direct digital manufacturing. The company’s range of over 130 3D printing materials is the widest in the industry and includes over 120 proprietary inkjet-based photopolymer materials and 10 proprietary FDM-based thermoplastic materials.