The Savior Aerial robot is designed in a way that it can quickly move towards drowning people by user guidance and activates its savior system. This system releases life tubes for the drowning ones. 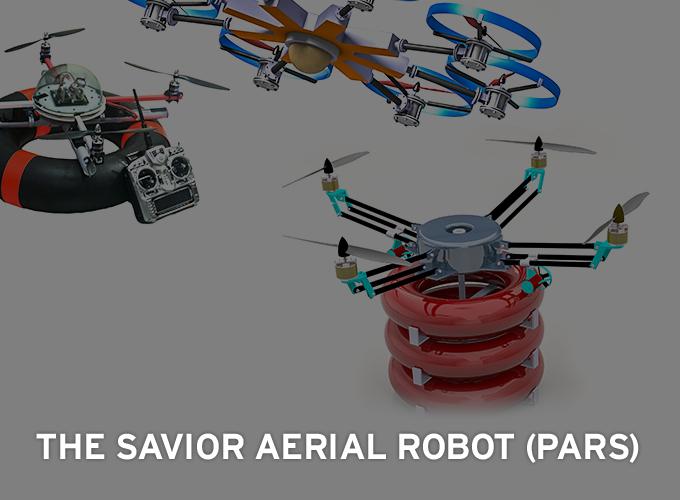 11/01/13, 08:48 AM | Industrial Robotics | Experimental and Educational
By hearing news about drowning’s at the Caspian Sea (north of Iran), we thought of finding a solution of saving human lives at the sea. For solving the problem, at the first step, we developed a surface rescue robot at RTS Lab as shown in the figure 1, the robot can be drove both manually and by radio control by the lifeguard to move towards the incident. If the victim was conscious he could catch the barriers and comes back and if not the lifeguard had to first find the victim from beneath water then throw him on the device and then return to the coast. After manufacturing and testing it successfully, we thought of building a robot with higher capabilities that could act quicker and more accurate in rescue missions and we came up with the Pars Aerial rescue robot idea. 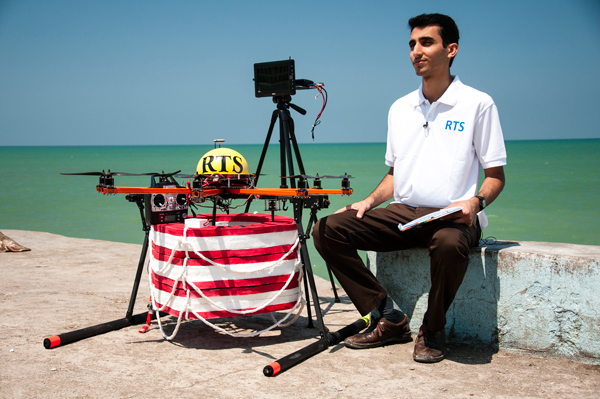 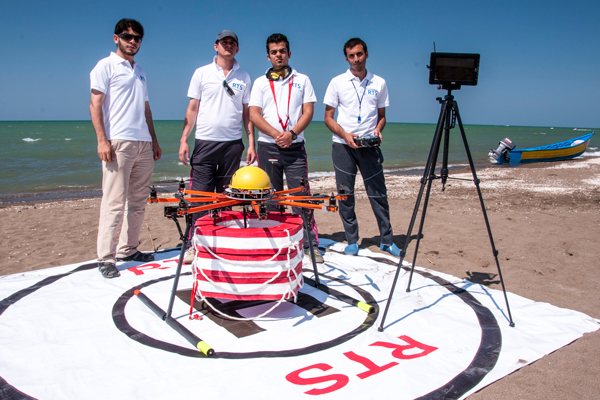 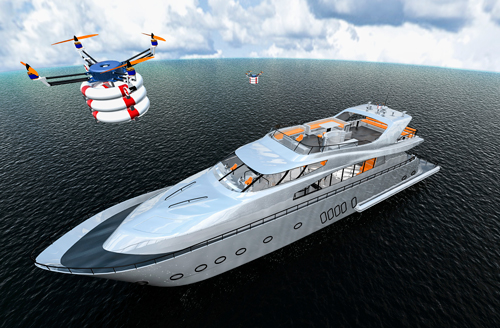 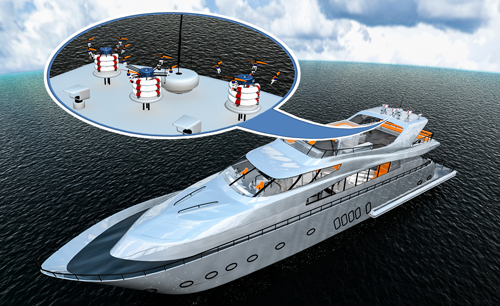 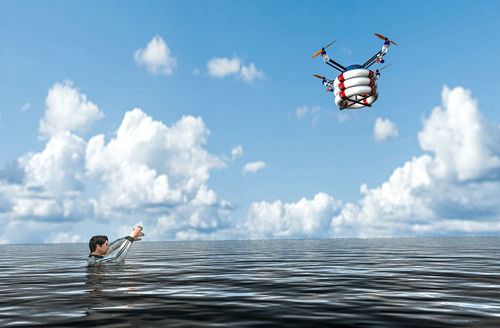 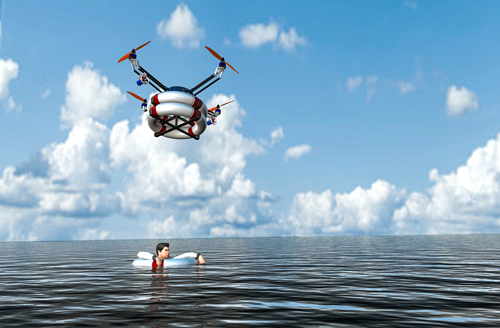 An Aerial rescue robot named Pars is being developed at RTS Lab.

Pars is an Aerial robot which is designed and made for saving human lives. The first purpose of building the robot is the relief of people drowning near coastlines. By developing its applications, it can be used in ships and off shore reliefs. It can also be used in other applications such as monitoring of marine and off shore structures, recording films and pictures from dangerous path ways for rescue missions, precise positioning and monitoring of off shore disasters and aid in firefighting.
The designed robot uses new technologies for guidance and navigation. Some of the technologies used are artificial intelligence, sound and image processing, autopilot search and rescue and a wide combination of sensor technologies. The robot is very simple and also very applicable and can play a significant role in saving the injured people.
The Savior Aerial robot is designed in a way that it can quickly move towards drowning people by user guidance and activates its savior system. This system releases life tubes for the drowning ones. Considering that many people drown all over the world every year, this robot can decreases the duration of rescue operations and save more lives.

Applied Innovations in This Method:

What are the main customer benefits compared to existing solutions?

How did you come up with this idea?
By hearing news about sunken people in Caspian Sea on the north of Iran, we thought about finding a solution for saving lives of humans who were drowning in the sea. According to statistics of our country, during the last 8 years, 46500 people have been in drowning situations in the Coast of the Caspian Sea and from this amount 1100 have died. For solving this problem, at the first step, we made a savior floating robot of beaches  (shown in figures below) after manufacturing and testing it successfully, we thought of manufacturing a robot with higher capabilities that would be able to act in operations quickly and precisely and we came up with the idea of the flying savior robot. Our main purpose of making this robot is to save human lives. It is necessary to mention that before building the robot, we sent the idea of the robot to the first national congress of savior robots in Gorgan  which was held by Red Crescent organization. The Pars robot was chosen as the “best idea” of the congress and this encouraged us to build the robot. 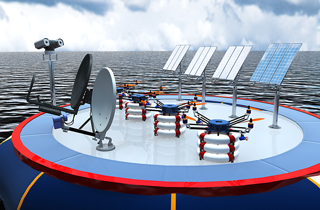 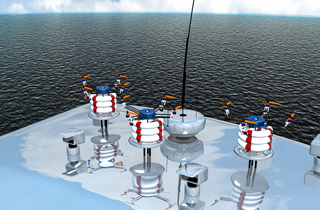 Describe the functionality of the robot:

The operations of some parts of the robot have been mentioned as follows:
The Savior Aerial robot and its mechanisms are controlled by motors, sensors, control circuits, mechanical systems and microcontroller programming. The machine uses several servo motors for controlling and releasing rescue pads (tubes). These servos receive a signal from the microprocessor and pull a latch that causes the release of the life pads. Considering the specialization of the team members in making The robots platform is used for charging its batteries while not in action.
The Method of charging: in first mode, the connection between the platform base with the battery is logged off and it will connect when the charge of the battery is lower than a determined limit. The base uses conductive small blocks for charging the batteries.

Does the concept work now?

Manufacturing the primary functions of the robot has successfully ended. Because of the huge amount of the robots capabilities, we have not yet implemented all of them. For example, we have used three axel accelerometer sensors and three axel gyroscope, Gps, Barometer and compass sensors now but we haven’t applied ultrasonic sensors yet.

How much fund is needed for industrialization the plan?

We need financial support and investment for mass production of the plan. All expenses of building a prototype has been provided by the team up to now.
Expense for industrial prototyping of the robot will be around about 30000 to 40000 dollar.