Our goal is to share stories about companies that are using automation to succeed and compete effectively in their marketplace. 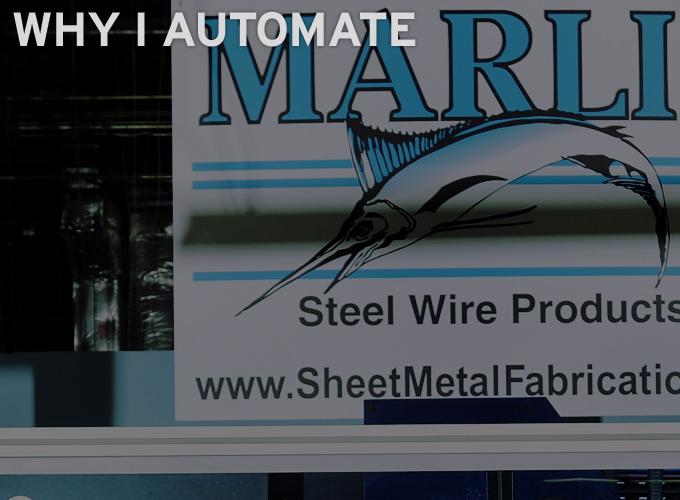 Contributed by | The Association for Advancing Automation

While developing our communications strategy, we knew that we had to tell stories about companies that are successful because of automation.

Our goal is to share stories about companies that are using automation to succeed and compete effectively in their marketplace. Their stories are fascinating and we’re on a mission to share them with you.

There are countless examples of these companies that are often ignored by the mainstream media. So we decided to produce an ongoing video series titled “Why I Automate” in order to tell these stories. Our debut video is of Marlin Steel (www.marlinsteel.com) and its CEO/Owner Drew Greenblatt.

A decade ago Marlin was a successful bagel basket maker, with employees who spent all day hand bending wire in order to make baskets. But then China entered the market, and suddenly Drew couldn’t even buy the steel for what his overseas competition was selling the product for.

He had two choices:

Watch to see what choice Drew and his employees made.

The Association for Advancing Automation (A3) has launched a new website, www.a3automate.org. This blog-based website will tell the real story about companies that are successful because of automation, and how automation makes a positive impact on society.

The Association for Advancing Automation is the global advocate for the benefits of automating. A3 promotes automation technologies and ideas that transform the way business is done. A3 is the umbrella group for Robotic Industries Association (RIA), AIA - Advancing Vision + Imaging, and Motion Control Association (MCA). RIA, AIA, and MCA combined represent 750 automation manufacturers, component suppliers, system integrators, end users, research groups and consulting firms from throughout the world that drive automation forward.