Dynamixel XL-320 is a digital servo (in this case, featuring a 8-bit STM8 controller). 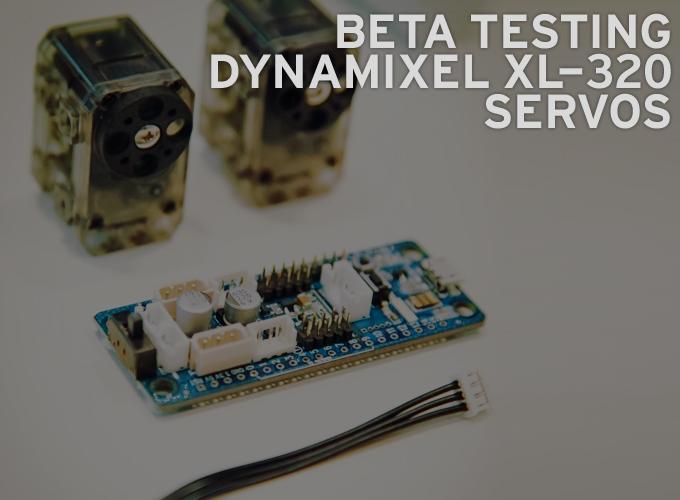 Reprinted with permission from Robot Campus

Robotis gave us the opportunity to beta-test the Dynamixel XL-320 servos. We were impatient to give it a try, because we are convinced that it’s a big step forward for hobbyists and low-cost robotics. 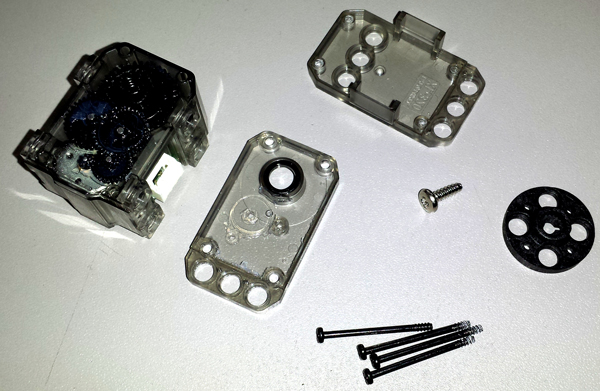 Our main preoccupation is to build small robots. We like prototyping and DIY technologies like 3D printing. The Dynamixel AX-12 was too big and expansive (about 50g and 40$). Our only optionswas the hobbyism servos, in our case HiTec HS-65MG.

To do our tests, we built a small 4 degrees-of-freedom robotic arms, using 4 dynamixel XL-320 and Ollo parts:

Dynamixel XL-320 is a digital servo (in this case, featuring a 8-bit STM8 controller). If you’re not familiar with Dynamixel, it uses TTL UART(configurable baudrate, default 1000000) for communication. The connector has 3 pins: GND, V+ and Data. The Data line is so half-duplex, the main advantage of this system is that you can chain your motors, using the same Data line (all motor is identified by an ID you have to configure). 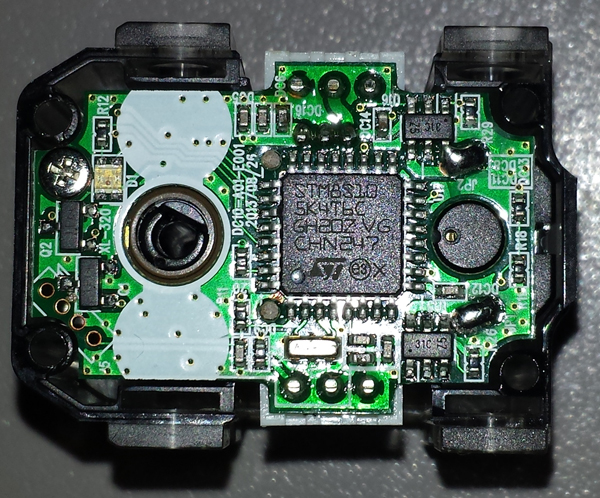 The protocol is quite nice an allow to get the current position, torque, speed, voltage and temperature. It also of course allow you to command the motor target position, and its torque/speed/voltage/temperature operating limits.

Moreover, since all the motors are on the same bus, you can send a single packet simultaneously to all servos.

You can have a look at its manual page. If you’re familiar with AX-12, it’s exactly the same thing.

According to our measures, the power consumption low, about 12mA without torque; likely due to electronics chip. On the video above, each motor is consuming about 50mA.

One great point is that is it designed to work at 7.4V. This is a really good idea, because we often want to use Lion or LiPo batteries to power these servos, and using multiples of 3.7V is the best choice to do. We also noticied that there is not a lot of 7.4V servo of this category out there.

The Dynamixel mechanics is really original and more adapted for robotics applications. The servo plastic box allows a lot of possibilities of bindings. 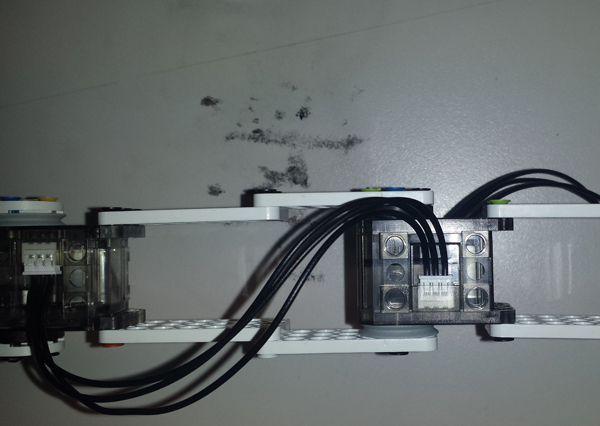 However, unlike AX-12s which allowed to use screws and bolts, XL-320 was designed to be used withplastic Ollo rivet system. We think this is a good idea, because Ollo parts allow lego-like quick robot prototyping, but it’s also a little weaker than with screws (there’s a lot of play in our demo arm). We may glue some bolts on them to get better results, maybe this could be an evolution for the next releases.

Note that the XL-320 is 17g for 4Kg/cm, which is an interresting power/weight ratio.

One of the withdraw of this servo, its gearbox is in plastic (see picture). 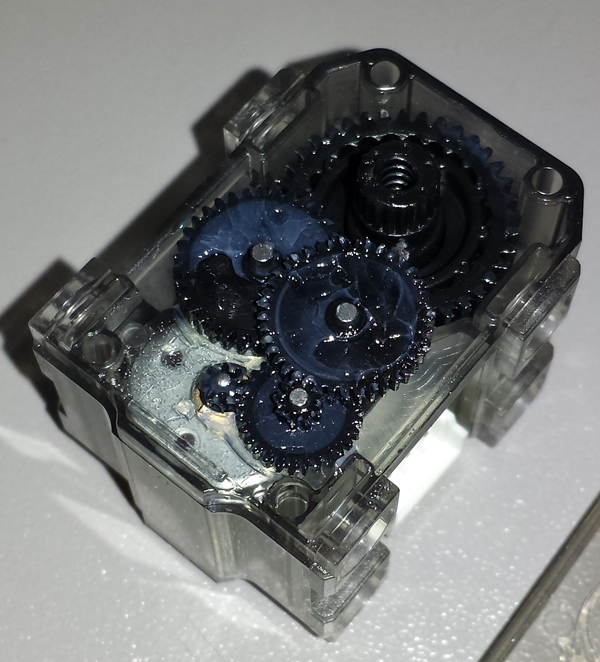 Even if this explains the low announced price, this could be a problem in some situations, but we still didn’t experienced any problem with that.

The XL-320 is a really good product, we can’t wait to get more of them to build spiders, cats and, why not, some small hominoïd robots! There is currently no such servo on the market, and its announced price (about $21) is more than competitive.

Our only improvements would be to have a metal gear version with bolt traces or threads, maybe XL-320+ ?