The effects of RDVs is requiring the insurance industry to change its business dynamics whereby a greater portion of the liability will be moved from the car owner to the car manufacturer and infrastructure providers (federal and state). 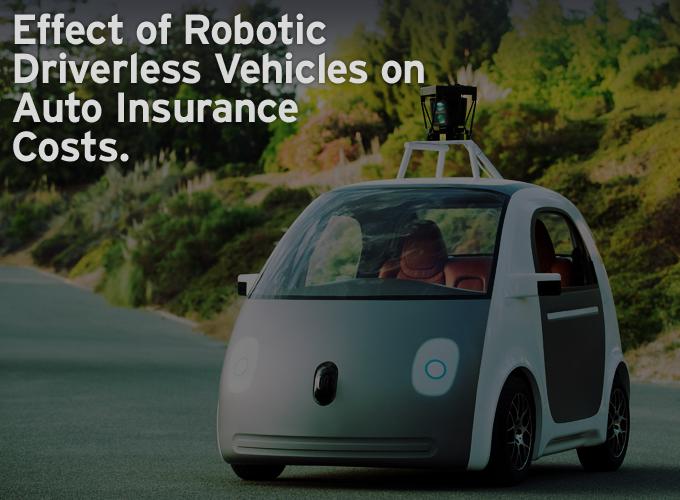 Robotic Driverless Vehicles (RDVs) are going to be a reality in the near future. With more than 9 automotive manufacturers already testing RDVs, and Google planning to release driverless luxury car brands such as BMW and Mercedes by 2018-2020, the market has already started sensing the arrival of driverless cars. Further, the Institute of Electrical and Electronics Engineers (IEEE) has estimated that up to 75% of all vehicles will be autonomous by 2040. According to Forbes, the driverless car could reduce accidents up to 90%, which translates to 4.95 million fewer accidents, 30,000 fewer deaths, 2 million fewer injuries, and $400 billion in accident-related cost savings. All these statistics are likely to impact the auto insurance industry.

The effects of RDVs is requiring the industry to change its business dynamics such as greater portion of the liability will be moved from the car owner to the car manufacturer and infrastructure providers (federal and state). Currently, insurance premium can vary depending on many driver-related factors such as gender, age, marital status and drunk-driving offenses. For example, the average auto insurance rate for a Michigan female teenager is about $2,730 per year, while the rate for an average US married female is $1,230 (a 122% difference). Likewise many driver-related factors will influence the insurance premium. With the introduction of driverless cars insurance premiums will not vary by driver demographics as cars will be mostly controlled by robots. This will hugely impact insurance companies as insurers make their profits on the float from their premium income, and unless they can tap alternative sources of revenue, the markedly lower premiums will adversely affect the profit margins of many insurers.

Uautoinsurance.com analyzed average car insurance rates by driver segment to provide a clear picture on insurance savings with the introduction of RDVs.

RDVs could eat away a majority of up to $200 billion in the personal and commercial insurance premiums market. To mitigate all these risks, insurers need to prepare now to develop products and pricing for the kinds of automated driving that consumers and commercial enterprises are likely to demand.