The bioprinting revolution could eventually begin to deliver "tissue on demand." This might not be the cure-all; but for many patients, it might prove to be life-changing. 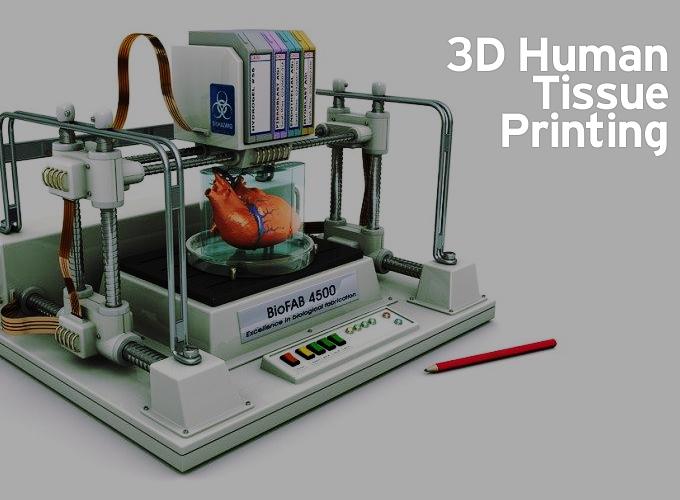 The 3-D printing of human tissue is known as bioprinting, and it is advancing at a very fast pace. 3-D printing employs computer generated digital models of real world objects from toys to food. Now, complex human organs are being produced.

It is hard to imagine a human kidney or liver being printed, but that is happening. These organs can be used for drug or vaccine testing, freeing researchers from less accurate methods such as tests on animals or on synthetic models.

Another more important area of development is for organ transplants. Since we are living longer, our organs are failing at a high rate with some eighteen people dying in the U.S. alone every day, while waiting for critical organ transplants, such as livers and kidneys, because there is a shortage of donated organs. Other transplantable tissues, such as blood vessels, lung, and bone, are also in high demand with few sources.

Using bioprinting, scientists harvest human cells from biopsies or stem cell and then multiply them in a Petri dish. The resultant mixture is fed into a 3-D printer, which is programmed to arrange the different cells into a precise three-dimensional shape.

Two year old Hannah Warren was born without a trachea, which is a fatal condition. She was kept alive by a tube that substituted for the windpipe that was supposed to connect her mouth to her lungs. Children's Hospital of Illinois created the windpipe using stem cells from Hannah's bone marrow. These cells were saturated over a matrix of plastic fibers shaped into a tube. Although the child died three months after the transplant from a lung problem, the new trachea worked until her death. This was the first such attempt to perform this surgery in the U.S.

Additive manufacturing was used in 2011 to create an entirely new lower jaw for an 83-year-old woman whose own was destroyed by a chronic infection. She was considered too old to sustain reconstructive surgery. Printed in titanium powder by the Dutch company, LayerWise, it was covered in bioceramic, a material that ensures that the body doesn't reject the implant. Cavities in the printed jaw allowed for muscle reattachment and grooves for the re-growth of nerves.

There are four levels of complexity in building organs. Flat structures with mostly one type of cell, such as human skin, are the easiest organs to make. Tubular structures with two major cell types, such as blood vessels, pose a greater challenge.

The third level of complexity occurs in hollow organs such as the stomach or bladder, each with more complicated functions and interactions with other organs. Finally, organs, such as the heart, liver and kidneys, are the ultimate goal for bioprinting.

It has been proven that implanted lab-grown versions of the first three types of organs into patients work. 3-D printing's efficiency can improve the manufacturing of such organs for widespread use.

Scientists have experimented with building tiny slices of livers by first creating building blocks with the necessary cells. The 3-D printers can then position the building blocks in layers that allow the living cells to start growing together. Stem cells taken from a patient's fat or bone marrow can provide the 3D-printing material for making an organ that the body won't reject.

They can also help individuals who have lost part or all of their external ear in an accident or from cancer. The artificial body tissue is made by processing additive gels found within living cells with collagen derived from rat tails and cartilage taken from cow ears.

The process is digitized into an assembled human ear, where a high-density gel, similar to the consistency of Jell-O is injected into a mold, which results in flesh resembling that of a human. Engineers are looking at new ways to develop populations of human ear cartilage cells from patients instead of cow cartilage, which would reduce any possibility of rejection.

Scientists are not far off from creating new, functioning human hearts, using cells and a 3-D printer. This is among the most ambitious in the growing field of three-dimensional printing that some say could revolutionize medicine. There is a good chance that it can be done within the next 10 years, building a total 'bioficial' heart from a patient's own cells.

Building a heart involves creating five parts — valves, coronary vessels, microcirculation, contractile cells and the organ's electrical system. The eventual goal is to extract a patient's fat through liposuction, isolate cells with a machine, mix them with the glue and print a heart. A total bioficial heart could cost about $100,000 with hospital and surgery costs adding another $150,000. That's less than the typical heart transplant and doesn't require ongoing costs for anti-rejection drugs.

A more common application of 3-D printing is to create surgical models from CT or MRI images, using liquid, small beads, or powder. Models would allow surgeons to practice on a person's precise anatomy before an operation, using printed replicas of structures such as jaws, eye sockets or cheekbones. Models give doctors something you can hold in their hand, instead of trying to visualize a structure from a two-dimensional image. The advantage would be faster surgery time because the surgeon would be better prepared. A faster surgery time means that the patient would be under anesthesia for a shorter period of time.

Getting artificial blood vessels to work properly has been one of the main challenges for scientists working on creating lab-grown organs. A new method being used is a two-part process. The tubes are created by a 3D printer, and then, via a technique called multiphoton polymerisation, a laser is fired in brief pulses at the tubes, changing the properties of the plastic to make it more elastic, and more similar to natural capillaries. A solution containing living cells is also added to the mix, creating a coating of modified biomolecules, which should prevent the capillaries from being rejected by living tissue.

Recently, scientists created and implanted parts of hearts in mice as part of their heart-printing research; and the University of Kentucky scientists have used 3-D technology to grow new ulna bones in rabbits. They are also making numerous models of human parts for teaching and surgery planning.

The bioprinting revolution could eventually begin to deliver "tissue on demand." This might not be the cure-all; but for many patients, it might prove to be life-changing.