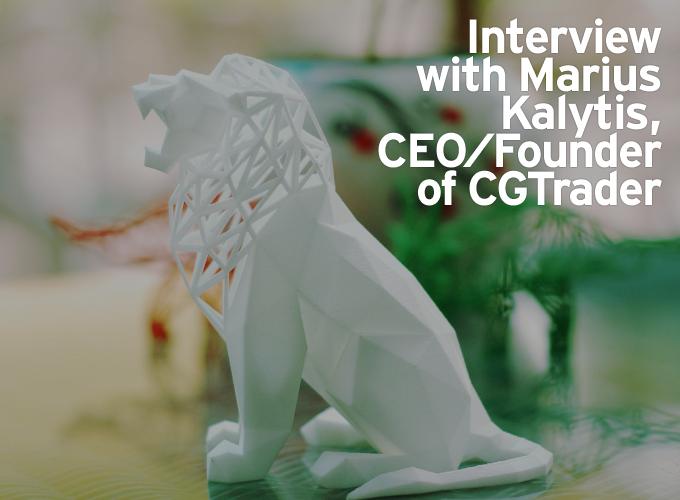 CGTrader is a 3D model marketplace for computer graphics and 3D printing, backed by a strong designer community. On CGTrader, 3D artists and designers share and sell their models, and their customers can choose from a wide collection of high-quality 3D models or hire a designer for a custom job.

What does 3D printing add to building robots that makes it so much more exciting?

Quite a few things. First of all, it makes the entire robot building experience so much easier. A few years ago, a number of 3D printing or 3D design tools that currently give entrepreneurs the power to build robots didn’t even exist. 3D printing enables the creator to go from a mind-bending concept to a solid product in a matter of hours (or days), which is a huge step forward and will speed up the creation process significantly.

While just a few short years ago roboticists were constrained by existing off-the-shelf parts, thanks to increasingly affordable 3D printing technologies, they’re now able to design and print their own parts, experiment and enjoy the benefits of rapid prototyping. Costs reduction will also have a significant positive impact on robotics in the nearest future.

In the light of the current technology trends, what do you think robots will be all about in a decade? 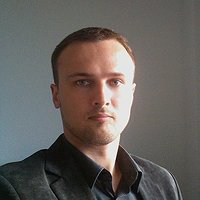 It’s difficult to guess how far the advancements in robotics will go, but surely, we’ll see a lot more robots in modern, so-called “smart homes” and manufacturing. The newest generation of robots – experts call them intelligent robotics – will free people from the repetitive, boring tasks and let them engage with more exciting and creative roles, especially in terms with manufacturing, fast-food service or household chores. Assisting and teaching robots is another trend to watch, as is Artificial Intelligence, which is already making huge advances, and we can hope to be talking to actual thinking robot companions in the not-so-distant future.

Some go as far as to say that in a decade we’ll see robots armed with intelligence and pleasing personalities, they’ll be able to pick up on our emotions and will be created in humanoid form, wearing skin made of soft, comfortable material, will use wine as fuel and appear amazingly-human. If we believe experts, the most valued family possession in a decade won’t be a self-driving car or a similar piece of technology – that will be robots. It sounds like sci-fi material today, but that’s where we’re heading.

In what industries do you see most opportunities for robots-meet-3D-printing projects?

One of the most creative applications of the available technology is to actually use 3D printing and computer simulations to improve robots through the process of evolution. Researchers are hard at work to create 3D-printer-equipped robots that would be capable of creating new robots or tools to deal with unexpected obstacles, and that is absolutely fascinating.

A recent research project carried out by IBM demonstrated that in a decade we won’t need large supplier networks or vast extended supply chains, thanks to 3D printing and robotic assembly. The location of production will be highly impacted by reduced requirement for scale and, as a result, by 2022 we’ll be manufacturing regionally or locally rather than globally. It’s obvious that the new software-defined supply chain will cause a major disruptive transformation of manufacturing industry.

Some other mind-grabbing projects that we have witnessed last year include a futuristic plan to have robots 3D printing buildings on the Moon and a successful Minibuilders project that featured three small robots printing large-scale buildings. I think it all comes down to the good old trial and error method, experimentation and creative thinking – there are hundreds of ways to deliver ground-breaking projects built on the robots-meet-3D-printing concept, but it surely takes financial investments that many businessmen aren’t prepared to commit to just yet.

Some tech savvy inventors compare modern robots to smartphones with customisable apps, but that’s quite a brave statement, if you ask the regular folks. What challenges, do you think, the robotics industry will need to overcome to break into mainstream?

The robotics market in manufacturing is still at a relatively early stage and a key bottleneck here is high cost of robot programming and implementation. However, the price of robots is dropping and they’re already cheap enough to experiment, so it’s very likely that the price issue will be eliminated in the nearest future. Another serious challenge, in my opinion, is the psychological one. For the domestic robots to become a success, consumers must perceive them as being useful and easy to use. Some robots, like drones, have already managed to convince mainstream buyers of their applicability to everyday routines, others still have a long way to go.  And although people in general have a positive attitude towards robots, it will be another few years until they become an inseparable part of our lives.

Open source model is one of the key elements of 3D printing. What’s your view on applying it to develop the generation of consumer robots?

Open source can contribute to reducing complexity, robustness, maintenance and speed of development and deployment, so it has a major impact on commercialisation of products. The next generation of engineers will be well aware of the potential of open source, so it’s more than likely it will get adopted for development of consumer robots.

What new materials are being used in 3D printing and how does that affect the future of the technology?

Discussions have recently focused on the rapidly emerging low cost SLS (Selective Laser Sintering) printers, which outperform FDM printers in quality, accuracy and speed and are capable of printing in a range of materials, including plastic, metal, ceramic or glass powders.

There is a palpable excitement in the air when the conversation turns to SLS machines, since top-line machines are very expensive, with some costing as much as $500,000-$750,000, while the new generation SLS 3D printers will soon be available at the fraction of the cost.

Besides a variety of materials SLS machines can print in and the high level of accuracy that's achieved with the help of a powerful laser, they're ideal for small businesses and manufacturers that need to create prototypes or detailed end products, design studios and existing 3D printing hubs. In general, the unveiling of lower priced SLS 3D printers means a massive stride towards the mass customization/personalization that 3D printing was supposed to bring, as the process of going from an idea to a finished, high quality product in a matter of hours becomes a reality and even smaller design studios can do it.

Do you think 3D printing will ever be fast enough to be included in assembly line manufacturing?

It’s true that one of the key factors holding back 3D printing within the mass manufacturing space is speed. However, sooner or later it will be inevitable. 3D Systems have already introduced a new high speed 3D printer which works similar to that of a sophisticated assembly line, so given the pace of technological advancements these days, it’s fair to say that we’ll see some seismic changes for the manufacturing industry very soon.

You are known for organising creative 3D modelling contests. Why have you decided to run the Robots Challenge? What outcome would you like to see as a result of this challenge?

Robots is one of the most popular and recurring themes in 3D modeling. Our community is particularly passionate about concept designs, so we saw a huge potential in running the CG Robots Challenge. All 3D designers are welcome to submit their entries until February 15, when we’ll select winners in the Best 3D Model and Best Portfolio categories. We’ve learned from our community that challenges are ideal for those creatives who love working on concept projects or need a deadline to work to, so we’re expecting a hefty number of futuristic designs.

About Marius Kalytis, CEO/Founder, CGTrader
Marius Kalytis has been working in the field of 3D design, graphics and animation since 1994. Previously Mr. Kalytis was the founder and CEO of a 3D visualization and animation company Visual Mind. Marius founded CGTrader to challenge the current industry model and provide more author-friendly royalty terms for 3D artists and designers. Marius  has been working with CGTrader since 2010 and aims to make it the best 3D model marketplace worldwide.