February was another big month for investments in robotic startup companies. 3D Robotics, Flyability, Fetch Robotics, EHang and many others. 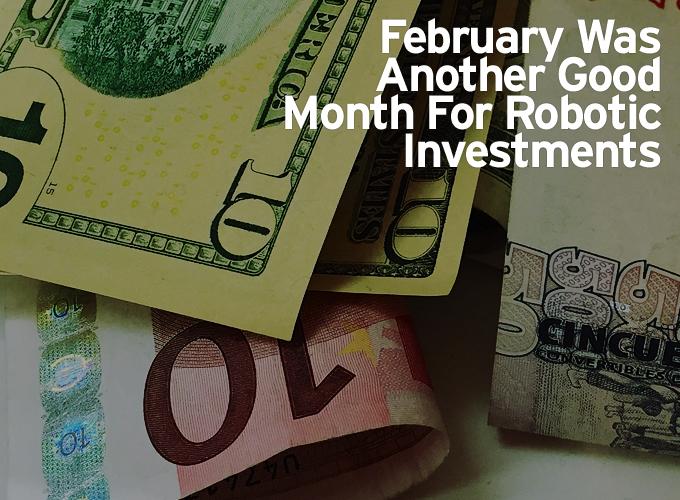 Not really an equity funding, but a fund for equity investing, Bolt, a Boston-based hardware accellerator and venture capital firm, completed funding of an investment fund of $25M to enable investing in new ventures bringing complex connected hardware products to market, some of which are robotic. Bolt established a new San Francisco facility (they share with Autodesk Pier 9 Workshop) and plan to focus on SV startups and invest up to $500k per startup.

And not fitting any other category, a bankruptcy judge cleared the way for Seegrid to exit from Chapter 11 by okaying the reorganization plan and rejecting challenges lodged by the ex-CEO.

Perceptron continues its acquisition spree by purchasing Coord 3 for approximately $15 million. Coord 3 is an Italian provider of metrology equipment and has a line of measurement robots. Perceptron develops, produces, and sells 3D machine vision solutions for measurement, inspection, and robot guidance in industrial applications.

And finally, Intuitive Automata and their little interactive diet robot Autom ran out of money and failed. CEO and founder Cory Kidd has moved back from Hong Kong and on to another San Francisco-based startup: Catalia Health.