“True to DARPAs mission, EXACTO has demonstrated what was once thought impossible: the continuous guidance of a small-caliber bullet to target,” said Jerome Dunn, DARPA program manager. 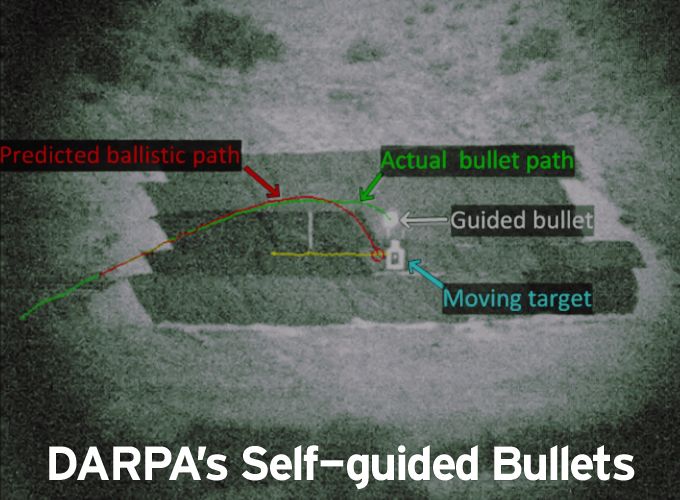 Reprinted with permission from the Amrel blog:

Every once in a while, we learn of a new technology that’s scary. This is one of those times.

Very few people in the current military are as respected or as well trained as the sniper. Along with unmanned systems and Special Forces, snipers have come to embody the modern face of war.

Snipers have a long history. Their skillset has continually transformed as weapon technology itself has been constantly upgraded. For example, once upon a time, snipers were expected to be proficient in making their own ammunition. Familiarity with the idiosyncrasies of their particular ordinance was vital to their ability to successfully make a long shot. Obviously, standardization and good quality control has rendered this particular talent obsolete.

Snipers are expected to be able mentally calculate wind direction, elevation, and other factors that affect the trajectory of a bullet. Ballistic computers have downgraded the importance of these mental gymnastics, but many snipers still learn the necessary mathematics. Like the ballistic computer, a self-calibrating smart scope also threatens to render certain sniper skills archaic.

But all these technological advances pale in comparison with DARPA’s self-guided bullets. Everybody’s favorite mad scientists are running an Extreme Accuracy Tasked Ordnance (EXACTO) program. In other words, a self-steering bullet for difficult, long-distance shots.

“True to DARPA’s mission, EXACTO has demonstrated what was once thought impossible: the continuous guidance of a small-caliber bullet to target,” said Jerome Dunn, DARPA program manager.

Dunn went on to describe a live-fire demonstration that utilized a standard rifle.  “… EXACTO is able to hit moving and evading targets with extreme accuracy at sniper ranges unachievable with traditional rounds. Fitting EXACTO’s guidance capabilities into a small .50-caliber size is a major breakthrough and opens the door to what could be possible in future guided projectiles across all calibers.”

As demonstrated by the video above, an EXACTO bullet can change direction in mid-flight. How is this accomplished? One source states that:

“Each ‘self-guided bullet’ is around 4 inches in length.  At the tip lies an optical sensor that can detect a laser beam being shone on a far-off target. Actuators inside the bullet gather information from the bullet’s sensor allowing them to steer using tiny fins to guide the bullet accurately to its intended target. The bullet can self-correct its navigational path 30 times a second, all while flying more than twice the speed of sound!”

Bear in mind that the above quote was taken from an unconfirmed source. Fins on a rifled bullet? Could a laser-guided projectile adjust for fog and dust?  No one knows how DARPA is performing this magic trick and they are not talking.

What’s so scary about a self-guided bullet? Not the fact that people will be able to shoot around corners. Heck, that’s just one of the myriad ways a modern combatant can get killed. Also, there’s a real possibility that self-guided bullets will reduce collateral damage. Imagine a Predator UAV firing self-guided .50 caliber bullets instead of Hellfire missiles. The greater accuracy may mean a smaller impact area and consequently fewer casualties.

What’s so scary about the self-guided bullet is that, as the video demonstrates above, an untrained novice hit a long-range target the first time he used this technology. Snipers will no longer constitute a rarefied elite with difficult-to-learn skills. Virtually anyone will now be able to use ordinary rifles to hit targets a mile away.