Taking first place and the $2 million in prize money that goes with it is Team Kaist of Daejeon, Republic of Korea, and its robot DRC-Hubo 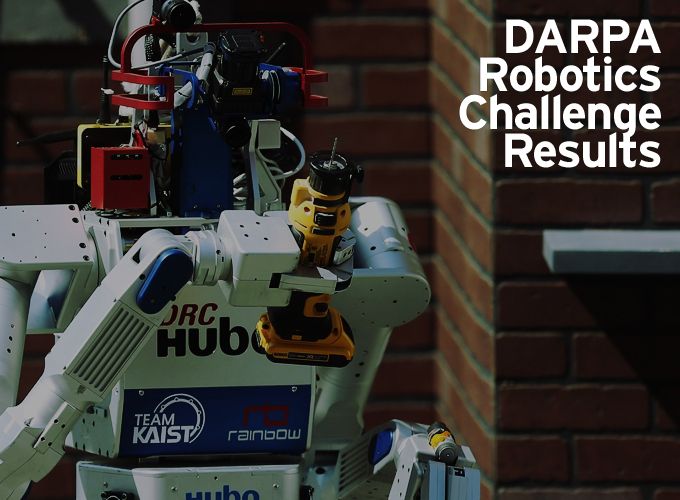 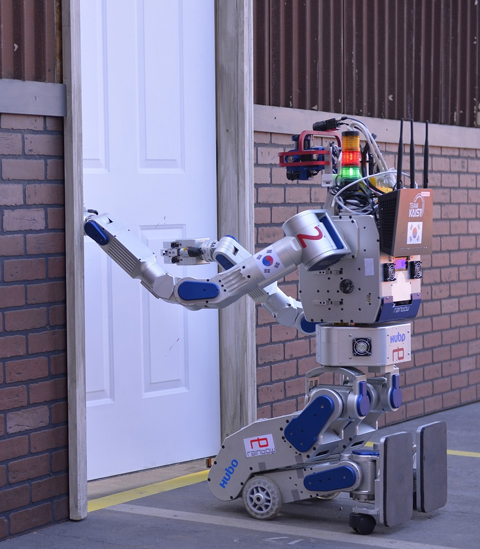 Taking first place and the $2 million in prize money that goes with it is Team Kaist of Daejeon, Republic of Korea, and its robot DRC-Hubo. Coming in second and taking home $1 million is Team IHMC Robotics of Pensacola, Fla., and its robot Running Man. The third place finisher, earning the $500,000 prize, is Tartan Rescue of Pittsburgh, and its robot CHIMP... (full press release)

Here's a intro video Team KAIST made before the competition:

IEEE Spectrum put together a great day 1 highlight of just the robots falling down: