Robotic process automation can be applied across departments, from HR and Customer Service to Finance and Operations. 70-80 per cent of rules-based processes can be automated, 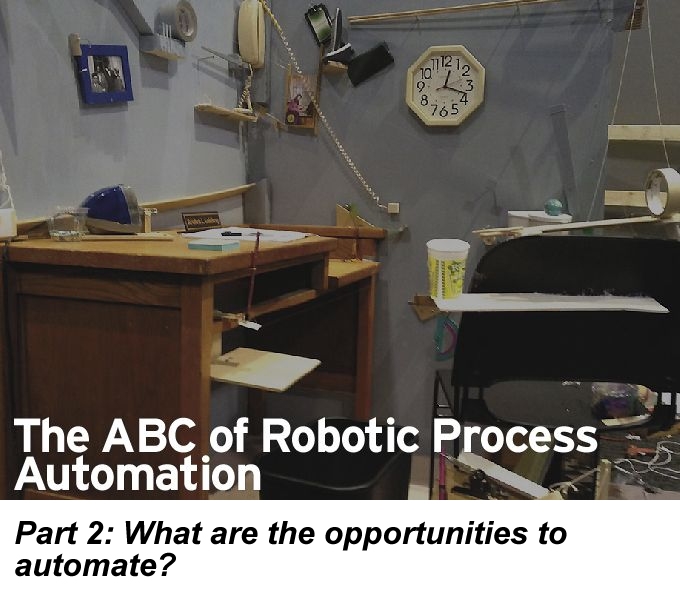 The opportunities for automation are plentiful - robotic process automation can be applied across departments, from HR and Customer Service to Finance and Operations. 70-80 per cent of rules-based processes can be automated, but what are the restrictions and barriers within automation?

Should I operate my mess for less or optimize first? 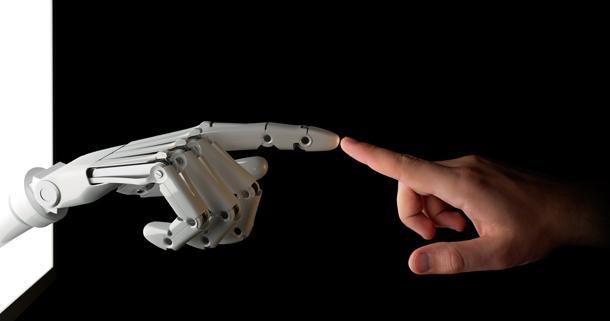 What are the barriers to automation within a task?

Automation lends itself to high volume, rules-based tasks that require extensive numerical calculation, such as payroll. The barrier for automation is usually where a task requires a more ‘human’ response. Robotics can, however, be used for ‘partial’ process automation, while humans tackle the trickier, more emotive tasks.

There are, of course, certain limitations to consider when regarding industrial robots working on the factory floor. In basic robots we design machines to do specified tasks, and in more advanced robots, or artificial intelligence, we design them to adapt, respond to, and learn from their environment. The function that the robot is intended to perform is a fundamental aspect of its design, and, indeed its barriers and limitations. Robots have basic levels of complexity and each level has its scope for performing the requisite function.

Are robots restricted to transactional work?

The kind of robots deployed in robotic process automation tend to be restricted to transactional work. In this instance, the term ‘robot’ is merely semantic; these robots are not physical robots, but robots that exist as software, built on computer algorithms.

Robots that go beyond transactional work enter into the domain of artificial intelligence.

What can/should a robot not do?

What a robot can or should not do is entirely dependent on the type of robot. For instance, robotic process automation robots lack the capacity to deviate from their preprogrammed function, and so cannot perform tasks where they are required to engage with humans.

Until recently, robots deployed on the factory line could not be used in areas of production alongside humans, as they were deemed to be too dangerous and there were limited mechanisms in place for intervention, should an incident occur. The new, plug-and-play generation of industrial robots are a more reactive, lighter weight version of their predecessors, thanks to advancements in sensor and vision technology. If a human worker gets in the robots way, the robot will stop, enabling a collaborative work environment between man and machine.

Another recent breakthrough in industrial robotics is the capability to grab and grip small objects to perform more intricate tasks, such as mobile phone assembly.

While the limitations of what robots cannot do are becoming less and less, there remains an ethical standpoint which determines that a robot should not do anything that has the potential to endanger humans.

Are my ERP systems barriers to the use of robots?

Enterprise Resource Planning systems, or ERPs, are not barriers to the use of robots. Because the robot is programmed to mimic a human, the same access given to a human can be given to a robot. They just perform activities in the ERP, but they do not they modify the code. Because the robot is ERP agnostic it can pull data from multiple ERP systems.

For example, it could pull employee data from PeopleSoft and incorporate it in a spreadsheet which has data taken from Salesforce and SAP to gather a salesperson's compensation data, projected sales (revenue), and revenue generated year to date. Today, in many cases, a human goes in and out of these three systems pulling the data and downloading it into a spreadsheet. Why not let the robot do it so that the analyst can maximize doing the value-added work which is analyzing the results.

Because the code in the ERP is not manipulated by the robot, the activities programmed can be done much quicker than if a change needed to be made to the ERP. This is why the payback on a robot is predominantly less than one year. Many of the ERP projects that were shelved due to unacceptable payback should be revisited via a robot.

Are my language needs barriers to the use of robots?

Robotic process automation can process from global, versus regional, perspectives, and is language agnostic. Robots are programmed in specific programming languages, so the language of the human deploying it are not a concern.

A lot of hardware libraries use C or C++ because they allow for interaction with low level hardware, allow for real time performance and are very mature programming languages. As robotics is very reliant on real time performance, C and C++ are probably the closest thing that roboticists have to a ‘standard language.’

Python and C++ are the two main programming languages found in ROS. Like Java, it is an interpretive language. The prime focus of Python is that it is easy to use, and there are a number of free libraries for it. As more and more electronics start to support Python as an ‘out-of-the-box’ program, it’s likely that more and more roboticists will adopt Python.

Java is an interpretive language, which means that it is not compiled into machine code. Instead, the Java Virtual Machine interprets the instructions at runtime. The same Java code can also be used on a number of different machines.

Our next blog in the RPA ABC series will look at what steps business leaders should take in order to begin the robotics journey.

Posted by Jennifa Afreen on 03/26/18, 01:13 AM
Hello There, This is one awesome blog. Much thanks again. Fantastic. I hope you can help, we have had a few instances where we have had MAP Iexplore program open in the background and the v worked is unable to close or access it therefore it is affecting our automation as it cannot open a new instance with it seeing one already open. Our IT team seems to think it must be being open by a user with higher access rights than the v worker but this is not the case as no one accesses the machine. How Iexplorer can implement? Has anyone had this happen to them? Thank you, Ritu