You may have heard of LiDAR, but how much do you really know about it? We asked our LiDAR & Surveying Manager Robert Stevenson to give us a crash course in this versatile technology.

First off: what is LiDAR?

LiDAR, which is short for Light Detection and Ranging, is a type of technology that uses laser light in the near infrared spectrum to measure the distance between a sensor and another object. LiDAR technology can create maps and three-dimensional models using highly accurate and dense datasets.

LiDAR measures the time difference between the emission and reflection of the laser pulse to determine the proximity of an object to the LiDAR sensor. Laser pulses have a finite diameter of about 10 centimeters or more. Part of the laser pulse may meet an object, and it will reflect from there. The rest of the pulse will keep traveling until it finds another object.

In other words, one laser pulse could have multiple returns to the sensor. For example, a first return could come from the top of a tree, two more could come from lower points on a tree, and then a fourth and last return would measure the distance between the ground and the sensor. The sampling of the laser pulses may only use the most significant return, the first and last significant return, or any other number of returns depending on different specifications.

The points measured with those pulses generate a point cloud, which displays the raw data. A point cloud is processed and turned into usable data by analyzing factors like the GPS position and the laser time range and scan angle.

It’s important to note that LiDAR is not the point cloud itself but a technology that creates it. Point clouds and LAS data represent the immediate output from LiDAR. Products such as Hillshade, Breaklines, and Contours, as well as digital elevation models, are generated after.

For contour maps created using LiDAR, the point spacing in the raw data helps determine the contour intervals, which are measured in feet. Contours spaced one foot apart, for instance, will give a map more detail than those spaced two or more feet apart.

The two primary types of LiDAR applications include airborne LiDAR, in which the laser scanner attaches to a plane or drone, and terrestrial LiDAR, which collects data on the ground. Airborne LiDAR can create detailed terrain maps that include data on an area’s elevation and geographic features. Terrestrial LiDAR is common on driverless vehicles, and it is integral to street-level mapping imagery and three-dimensional indoor maps.

What are some common misconceptions about LiDAR?

One common misconception is that LiDAR uses radar, but it actually uses light. Because LiDAR uses light, the target must be visible, so it is not an all-weather solution. It won’t work well in fog or other weather conditions that affect visibility, but if conditions are clear, it can operate during both day and night.

Because LiDAR is not a form of photography, the raw data is not measured in pixels. Instead, the point spacing or point density gauges the distance between measurements. The higher the point density, the more information there is available on a particular terrain or other surface. 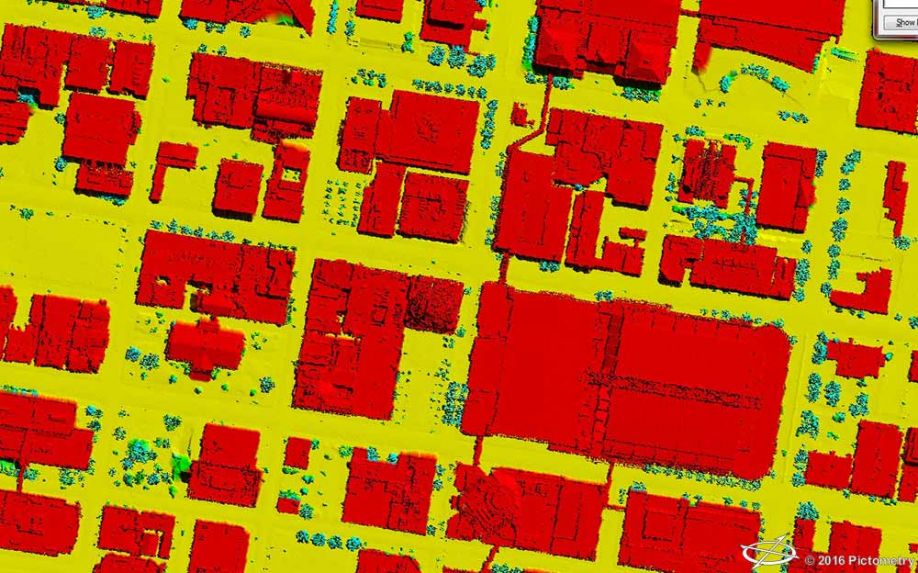 How do you use LiDAR?

Airborne LiDAR systems – which are what we use in our planes – provide terrain information for a number of uses, including:

Terrain maps give users information on surfaces and elevations; this helps turn a two-dimensional image into something like a three-dimensional model. LiDAR data helps agencies determine flood zones and assess coastlines and other areas for erosion. Because LiDAR can measure around trees and vegetation, it can perform spatial analysis to determine tree heights and tree canopy cover. LiDAR data can also give similar information about buildings, even in crowded urban spaces.

LiDAR has more than simply environmental applications. Utilities companies may want LiDAR data to understand tree cover near power lines, so they would look at a DSM to see where vegetation encroaches. Emergency response units can use it to accurately measure distances to emergencies, especially in remote areas. LiDAR is also integral to cartography because it helps improve mapping accuracy, and urban planners can use it to determine how new developments can affect the view in a cityscape.

Because LiDAR data can contribute to 3D representations of objects, it can also help create precise models of building interiors. The facility managers and owners of schools, government facilities, office buildings, and other large structures can benefit from indoor mapping because it offers more detail than blueprints.

Which other industries and agencies rely on LiDAR data?

Government agencies that use LiDAR for mapping include the United States Geological Survey (USGS) and Federal Emergency Management Agency (FEMA). Both of these organizations have their own standards for LiDAR data collection. FEMA, in particular, uses LiDAR and other technologies to map flood zones throughout the country.

A number of scientific and research disciplines rely on LiDAR to provide them with data about terrain and other objects. Geologists, meteorologists, astronomers, archaeologists, and agricultural researchers use LiDAR in some form or another.

Even alternative energy industries like wind and solar use LiDAR. For wind power, LiDAR can measures wind speeds and turbulence, and for solar, it can determine appropriate rooftops for solar PV systems and measure shade loss. 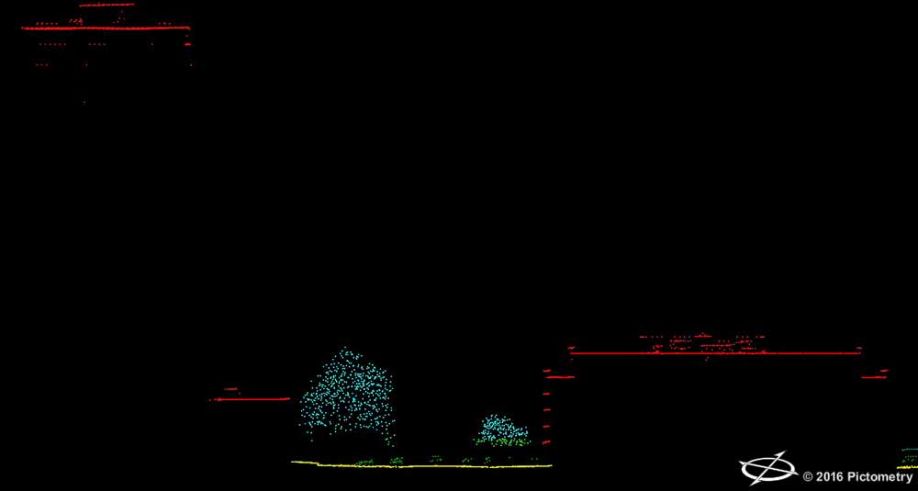 Another use for LiDAR is in robotics. Most consumers are familiar with the use of LiDAR (even if they don’t know it by name) if they’ve seen autonomous or “self-driving” vehicles. In fact, they may even own a car with features like parallel park assist or adaptive cruise control – both of which rely on LiDAR as well as other forms of sensing technology.

LiDAR technology has even helped provide visuals for a music video! Radiohead’s “House of Cards” video from 2008 interspersed footage of singer Thom Yorke with shots of suburban and urban areas thanks to a mix of LiDAR and structured light scanning.

EagleView’s LiDAR datasets are appropriate for any projects that require high-accuracy, high-density terrain mapping. Geographic information systems (GIS) departments, infrastructure industries, and government agencies can receive this data in a number of formats and integrate it into Esri and other GIS platforms. 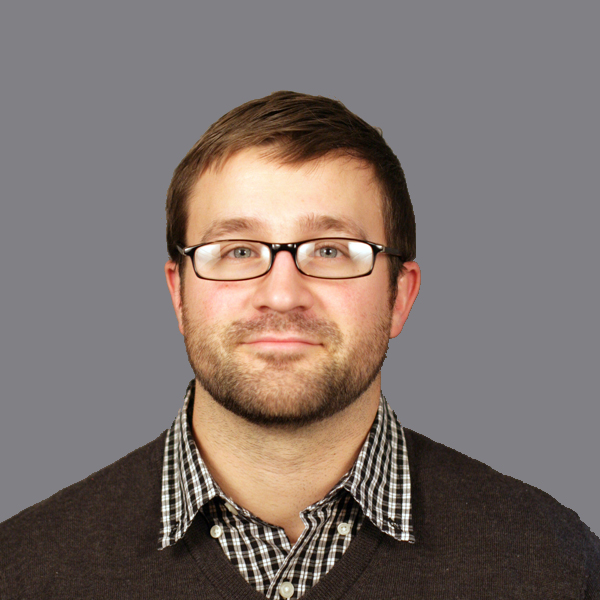 About Rob Stevenson
High-performing, results-focused leader experienced in all areas of the professional geospatial industry. Proven track record of multi-discipline team leadership and successful implementation of industry established standards for performance. History of independent analysis, creation and implementation of corporate standards of practice leading to successfully meeting corporate goals for both production and financial performance. Extensive experience in proposal preparation, presentation and serving as primary company contact in support of the generation of new work.