Enabling a full object view with just one camera.

As seen on TV! Neural Enhance

From Alex J. Champandard:   As seen on TV! What if you could increase the resolution of your photos using technology from CSI laboratories? Thanks to deep learning and #NeuralEnhance, it's now possible to train a neural network to zoom in to your images at 2x or even 4x. You'll get even better results by increasing the number of neurons or training with a dataset similar to your low resolution image. The catch? The neural network is hallucinating details based on its training from example images. It's not reconstructing your photo exactly as it would have been if it was HD. That's only possible in Hollywood — but using deep learning as "Creative AI" works and it is just as cool!  (github) Unlike pure Computer Vision research, Robot Vision must incorporate aspects of robotics into its techniques and algorithms, such as kinematics, reference frame calibration and the robot's ability to physically affect the environment.

Mapping And Navigating With An Intel RealSense R200 Camera 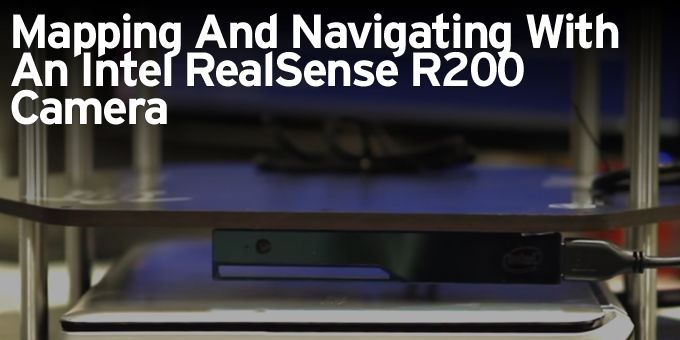 In our latest demonstration, Archie provides an overview of the R200 sensor and shows how it can integrate seamlessly with ROS and a TurtleBot to accurately map and navigate an environment.

From Manuel Ruder, Alexey Dosovitskiy, Thomas Brox of the University of Freiburg: In the past, manually re-drawing an image in a certain artistic style required a professional artist and a long time. Doing this for a video sequence single-handed was beyond imagination. Nowadays computers provide new possibilities. We present an approach that transfers the style from one image (for example, a painting) to a whole video sequence. We make use of recent advances in style transfer in still images and propose new initializations and loss functions applicable to videos. This allows us to generate consistent and stable stylized video sequences, even in cases with large motion and strong occlusion. We show that the proposed method clearly outperforms simpler baselines both qualitatively and quantitatively... (pdf paper)

From Kaan Yücer, Alexander Sorkine-Hornung, Oliver Wang, Olga Sorkine-Hornung: Precise object segmentation in image data is a fundamental problem with various applications, including 3D object reconstruction. We present an efficient algorithm to automatically segment a static foreground object from highly cluttered background in light fields. A key insight and contribution of our paper is that a significant increase of the available input data can enable the design of novel, highly efficient approaches. In particular, the central idea of our method is to exploit high spatio-angular sampling on the order of thousands of input frames, e.g. captured as a hand-held video, such that new structures are revealed due to the increased coherence in the data. We first show how purely local gradient information contained in slices of such a dense light field can be combined with information about the camera trajectory to make efficient estimates of the foreground and background. These estimates are then propagated to textureless regions using edge-aware filtering in the epipolar volume. Finally, we enforce global consistency in a gathering step to derive a precise object segmentation both in 2D and 3D space, which captures fine geometric details even in very cluttered scenes. The design of each of these steps is motivated by efficiency and scalability, allowing us to handle large, real-world video datasets on a standard desktop computer... ( paper )

03/13/16, 05:51 PM | cv
Sher Minn Chong wrote a good introductory to image processing in Python: In this article, I will go through some basic building blocks of image processing, and share some code and approaches to basic how-tos. All code written is in Python and uses  OpenCV , a powerful image processing and computer vision library... ... When we’re trying to gather information about an image, we’ll first need to break it up into the features we are interested in. This is called segmentation. Image segmentation is the process representing an image in segments to make it more meaningful for easier to analyze3. Thresholding One of the simplest ways of segmenting an image isthresholding. The basic idea of thresholding is to replace each pixel in an image with a white pixel if a channel value of that pixel exceeds a certain threshold... ( full tutorial ) ( iPython Notebook )

The vision system sends coordinates to the robot so it can be gripped by the robot regardless of position.

From University of Tokyo: In our laboratory, the  Lumipen system  has been proposed to solve the time-geometric inconsistency caused by the delay when using dynamic objects. It consists of a projector and a high-speed optical axis controller with high-speed vision and mirrors, called  Saccade Mirror  ( 1ms Auto Pan-Tilt  technology). Lumipen can provide projected images that are fixed on dynamic objects such as bouncing balls. However, the robustness of the tracking is sensitive to the simultaneous projection on the object, as well as the environmental lighting... ( full article )