The logical question arises then--if the thing is going to pick me up and take me from point A to Point B; why even buy a car, since 90 plus percent of the time its just sitting and losing value? 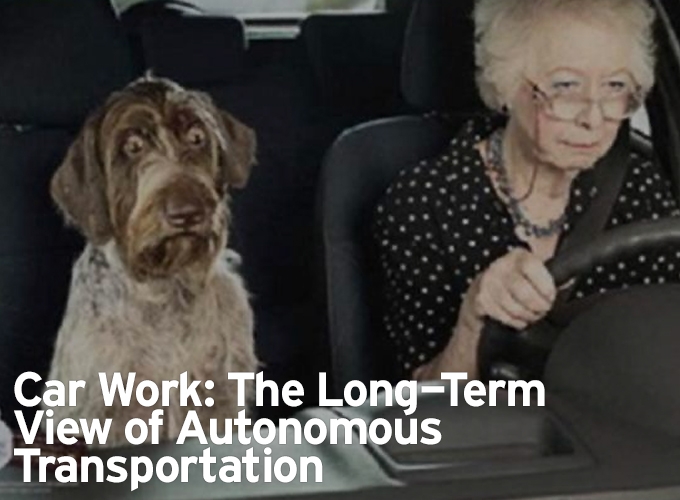 Safe at Any Speed – There are a lot of great reasons to have connected and ultimately autonomous cars.  They can lead to greater road safety and reduce passenger concerns.

It won’t be long – at CES they said 5-20 years – that the next generation of Woz/Steve-types will think that phreaking a phone has to be about the dumbest thing people did back in ancient times. Now hijacking an autonomous car is not only a challenge but real fun.

They won’t be pursued by the police but by AI (artificial intelligence) systems determined to get the vehicle back to the one of four or five organizations that actually own the vehicle.

But just as back in the phreaking days (when they had things called telephone booths), it’s not about stealing as much as it is the challenge to block, divert and/or mess up “the system.”

The effort isn’t carried out because the vehicle is cool or sexy because face it; with the big wart of gear on top, it’s ugly and probably wouldn’t fit in your garage along with all your last year smart home stuff.

Ride Service – Uber, Lyft, Didi and other ride services are working with auto firms to develop and test self-driving cars.  It makes financial sense when your car sits unused for hours on end.  And if they’re a little bit on the ugly side, you really won’t care because it’s temporary transportation, not something you buy.

Well, according to Cisco, there will be 50B things communicating with each other to talk to the car in question to convince it to bring the hijackers to a central location.

Finally, there’s a never-ending stream of real-time software updates back/forth between the office and car that will monitor and adjust the vehicle’s safe movement.

Of course, there’s a little bit of work required between now and then that CES exhibitors tended to gloss over as minor issues.

The first powered vehicle (steam) was built in 1769; and since then, thousands of companies and millions of individuals have introduced newer, bigger/smaller, better, faster, cheaper, more efficient, more environment-kindly cars.

Self-sufficient autos were demonstrated in the 1920s and in 1984, the first autonomous car was rolled out by Carnegie Mellon University’s Navlab/AVL.

Between then and today, thousands of car companies have come and gone around the globe.

Certain that the driverless car is the future, they all have huge R&D centers in Silicon Valley as well as other tech locations around the globe joining the new kids in town – Google, Uber, Lyft and Didi.

Oh yeah, and every country has a bureaucratic department trying to develop rules and laws on how they will get around.

There are already cities and villages around the globe letting people test and stress the new next hot mobile thing.

Of course, with an estimated 60 percent of the connected and autonomous cars tied up in technology, every hardware/software firm has an out-in-the-open or skunkworks project to be part of the action.

Even my beloved buy-with-two-clicks Amazon snuck into some of Ford’s cars with Alexa. 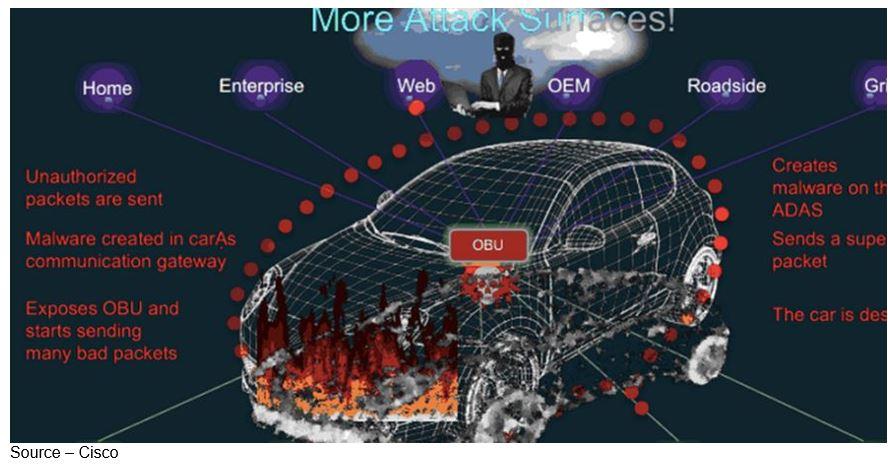 Vulnerable – With hundreds of sensors/monitors and constant communications with outside sources, the unanswered challenge for connected cars is protecting passengers when the vehicle gets hacked or malware takes control.  Security continues to be a major concern.

The opportunities (and benefits) are awesome, but so are the obstacles.

Whether it’s “just” a connected car or driverless, the moving computer system(s) need to analyze everything inside/outside of the vehicle in real-time, get inputs/updates from somewhere in real-time and rapidly store/process that stuff or … BAM!

That sounds reasonable, logical, achievable; but keep in mind that Silicon Valley (and tech firms  in other areas) operate on the philosophy of a very short product development cycle to put pretty good/good-enough beta product into the market to let leading-edge folks find the bugs which the company can then work on to fix, patch, update.

Yeah … works for me!

While China has a huge population, the country only has 10 vehicles for every 1,000 people. Although they have smaller populations, the US boasts 756 and Luxemburg 686 per 1,000 inhabitants.

Not that you care, but the average car in the U.S. is also 10 years old (keep that in mind when you buy your semi-connected car in 2020).

I forgot to mention that some of our tech experts are working with area leaders to carry out a rolling ban of human drivers on a 150-mile stretch of Interstate 5 between Seattle and Vancouver.

And because folks really can’t voluntarily disconnect from their friends, associates, content when driving, California banned even holding your precious smartphone while driving.

Other areas are thinking both ideas are great ways to reduce/eliminate the 1.25M annual road deaths globally.

The logical question arises then--if the thing is going to pick me up and take me from point A to Point B; why even buy a car, since 90 plus percent of the time it’s just sitting and losing value?

It’s easy to understand why Uber, Lyft, Didi, Ford, TaTa, Benz, Nissan and the others see you abandoning the wheel and just paying for the ride so you’re free to use your personal communications device. 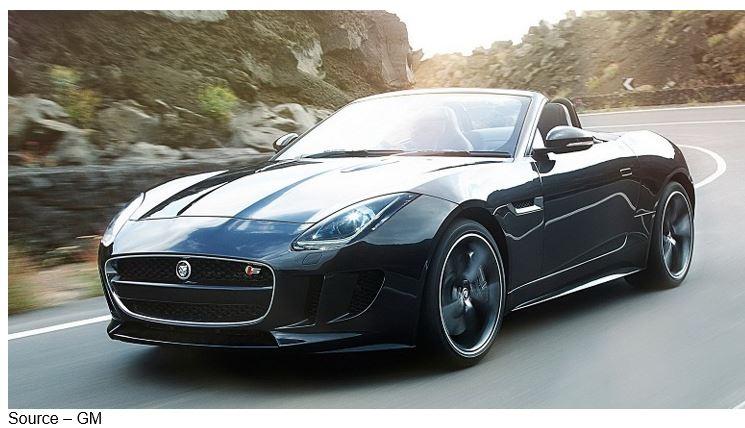 Muscle Machine – Almost from the beginning, cars were an extension of the owner, a reflection of his/her personality. With sleek/bold lines, masterful engines and quick response; your car spoke volumes on who the driver was.

As the transition progresses, people will buy vehicles with more and more technology.  Some want to jump into the backseat right now…others will have to be coaxed into giving up the steering wheel.

Bob O’Donnell, president and chief analyst at TECHnalysis Research surveyed consumers and found that price and style were already playing a smaller role in their next auto purchase decision. 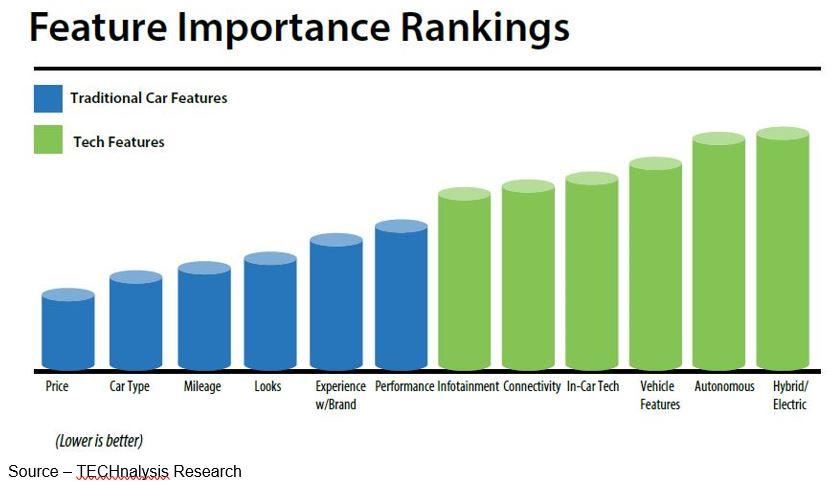 New Features – While looks and performance continue to be features people consider in their vehicles, with today’s added technology people are beginning to place advanced features as motivators in the cars they choose to purchase.

What he didn’t mention was a study carried out over the past four years by the University of Michigan found people were losing interest in getting a driver’s license and driving.

And, according to the Federal Highway Administration and a recent global report by GfK, it isn’t just the Gen Yers and Zers. 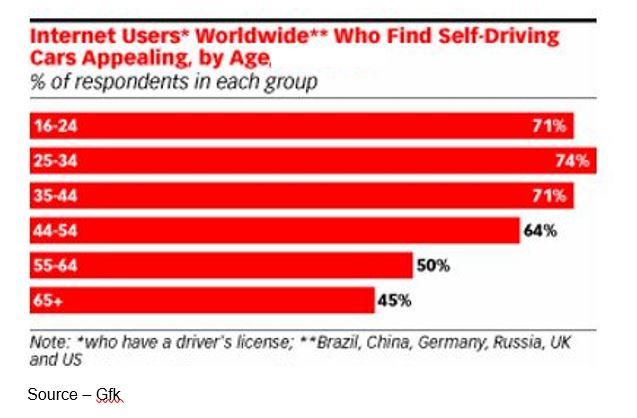 New Priorities – While younger generations find self-driving cars more appealing than manually driving down the road, even more mature people are beginning to see the benefit of having more and more technology features in their cars.

Older Millennials, 25- to 34-year-olds, were most interested in self-driving cars.  Three-quarters of those interviewed found the concept appealing.

They’re the solution for getting around:

Sure, you give up even more data about who you are, what you do and where you go; but you’re getting used to it, so no problem.

Perhaps you haven’t looked closely at the city/town you live in, but…it ain’t smart!

More than Smarts – Cities around the globe have neglected the basic wants and needs of citizens and services to the point that they need a lot more investment than sprinkling around a few sensors and cameras to become smart for the people who live there.

Federal, state and local officials all admit they’re “a little” behind the curve when it comes to implementing technology for such things as public safety, disaster response and a slew of smart city solutions.

In fact, they don’t even have the gigabit networks and services in place to handle data transfer of 1,000MB/s, which technologists agree will be necessary to support and assist the local citizens and businesses.

Those gigabit-enabled networks would be about 66 times faster than speeds provided by today’s ISPs (internet service providers).

While city officials’’ eyes glaze over as they see each new individual technology that is going to pave the way for them, they have to step back and develop a plan that is going to benefit and improve life for the people who live there.  Then they can prioritize the implementation of those technologies that will enhance the lives of the community, not the peer status of officials.

Implementation has to benefit the many … not the few.

While you’re looking around town for improvements that need to be made, you might look down. 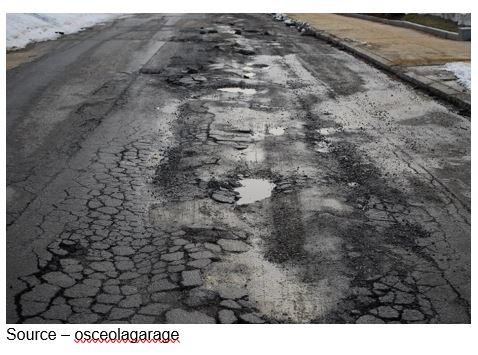 Smart Driving – In the vast majority of areas, drivers have to have a firm grip on the wheel and eyes on the road to avoid potholes and hazards--some of which have been known to swallow the entire car.

In case you haven’t noticed/felt it, the transportation infrastructure is a freakin’ disaster.

Roads, streets, sidewalks and bridges are disintegrating before your very eyes but fixing them isn’t sexy, techie.

Perhaps that’s why SpaceX’s/Tesla’s boss, Elon Musk, set his sights on moving to and populating Mars. 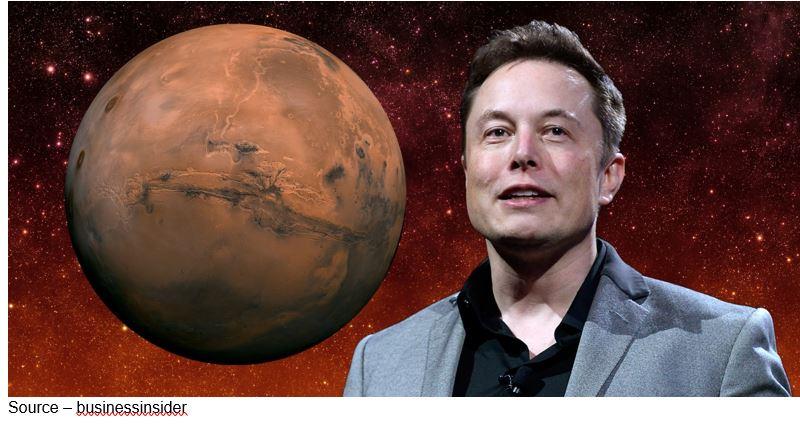 Fresh Start – Always a person with a view of tomorrow that makes people think/wonder, SpaceX’s Elon Musk proposed the idea of establishing whole cities on Mars in the years ahead.  Maybe starting from scratch isn’t such a bad idea.

At the 67th International Astronautical Congress, Musk laid out the plan to establish a human settlement on the red planet in 2022.

Just in the U.S., the initial estimate to fix up the federal highway system is $305B; and doesn’t include local streets and non-federal highways, which will take a minimum of five years. Analysts conservatively believe the cost will at least triple.

I’ll bet it would be less expensive to start with bare dirt/soil and a few artificial environment bubbles around Mars and build out totally new population centers.

They might even be dubbed MuskWorld … solar panels, autonomous electric cars and Hyperloop super fast transportation.

Your kids or kids’ kids can feel sorry for the folks down here in vehicles that can find every pothole, road patch. 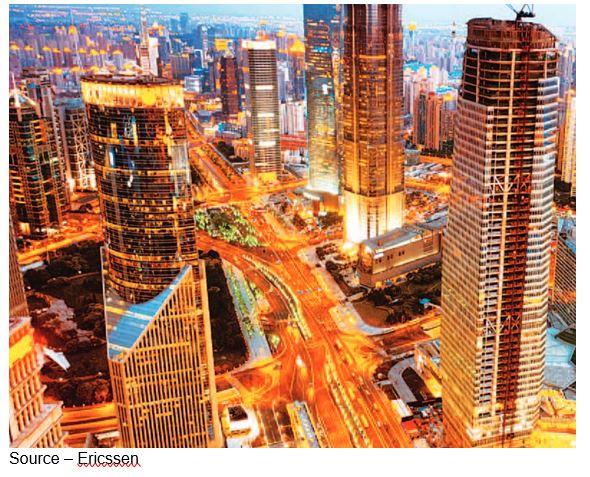 Smart World – Technologists have a great vision of what tomorrow’s cities and transportation systems will be like with more than 50B connected things.  The challenge is we have to do a lot of very heavy lifting to get there.