Tactile sensing and force feedback are - and have been - problem areas for robot grasping. Humans could see, select and pick so much faster. Yet to handle the millions of different everyday items in our factories and warehouses, costly positioning and camera systems have been required.

Tactile sensing and force feedback are - and have been - problem areas for robot grasping. Humans could see, select and pick so much faster. Yet to handle the millions of different everyday items in our factories and warehouses, costly positioning and camera systems have been required. These systems made it easy for fast robots with simple grippers to pick items as they came along - but at great cost. 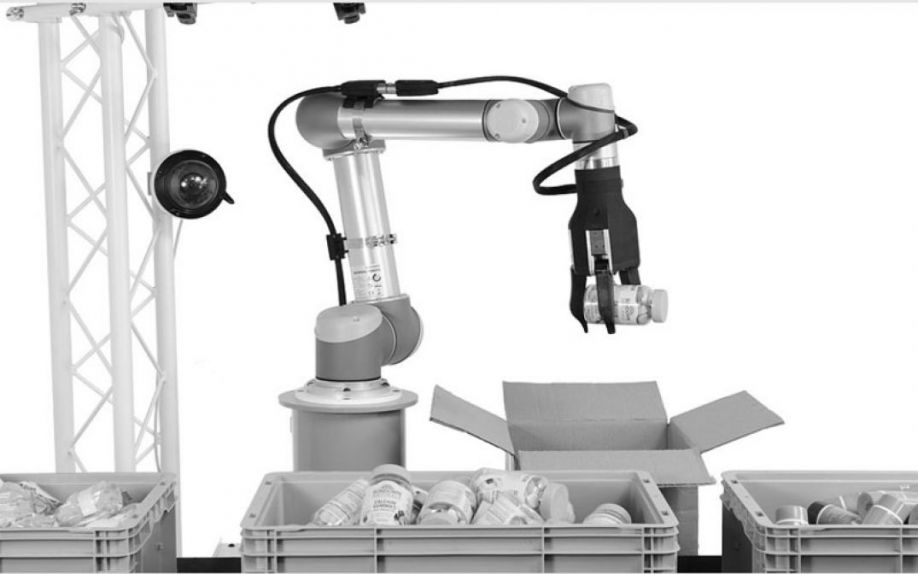 Chicago's huge McCormick Place Conference Center was once again home to the Automate and ProMat trade shows. Automate for robotics; ProMat for material handling solutions. Over 900 exhibitors covered 350,000 sq ft at ProMat while 400+ companies exhibited at the Automate show.

Up until recently no vendor has been able to randomly grasp - at speed - all the different products needing to be handled. A major objective of improved grasping - in addition to supplementing or replacing human labor - is to reduce the high cost of fixtures, conveyors, sorting and positioning systems.

The challenge to low-cost effective grasping was described in the U.S. Robotics Roadmap:

"Challenges include fundamental 1st principles of physics in the development of actuation and sensing. Other challenges include 2 point discrimination, contact localization, extrinsic and intrinsic actuation, back-drivability vs. compliance, speed/strength/power, hand/glove coverings that do not attenuate sensors/motion but are rugged when handling rough and sharp objects."

This year a few companies demonstrated smart gripper systems that can piece-pick random goods at speed - far ahead of the research schedule in the Roadmap. Here are two that were at the show:

Also demonstrated were grippers with lights or other forms of HRI because studies have shown that human-robot collaboration needs communication - even from colored lights - to facilitate adoption.

EAOT is a moving target with multiple new vendors showing up frequently. The list below is of companies that actually produce and market grippers for industrial and collaborative robots now. Most did not have booths at the show. It is not, by any means, a complete list of gripper providers and doesn't include the growing list of Chinese providers. Nor does the list include vision, tool-changer or sensor providers, or grippers made by industrial robot manufacturers.