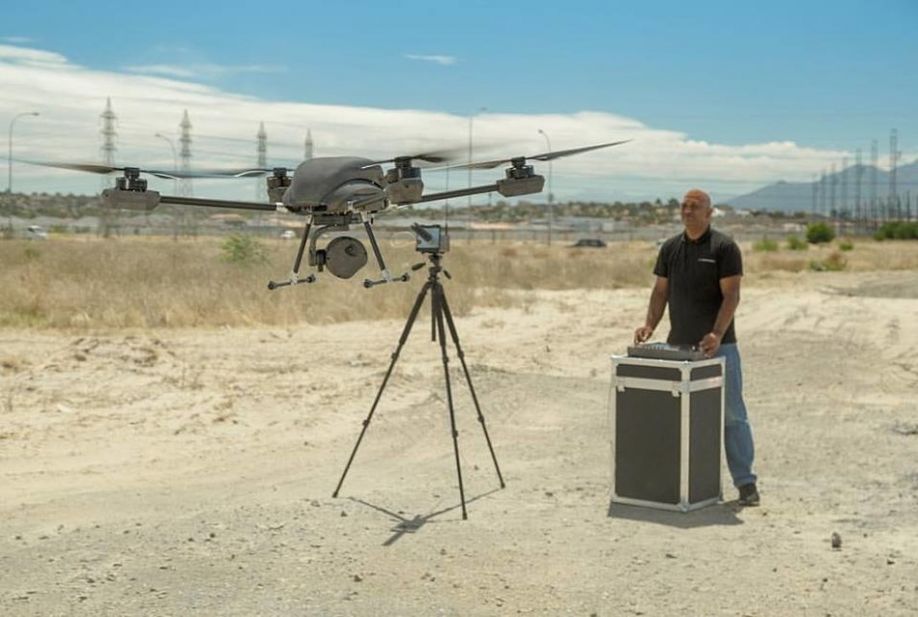 "Drones provide the ideal solution to the problems and limitations faced by other surveillance methods such as GPS tracking, CCTV camera observation, biometric surveillance and ground patrols," says Airborne Drones South Africa. "Aerial surveillance is increasingly being harnessed for security monitoring; but traditionally, this has been carried out using helicopters - which are costly to deploy - and with drones controlled by a user - which can be somewhat limited in terms of operating hours. However, drone surveillance does present an easier, faster, and cheaper method of data collection, as well as a number of other key advantages. Specialised security drones can enter narrow and confined spaces, produce minimal noise, and can be equipped with night vision cameras and thermal sensors, allowing them to provide imagery that the human eye is unable to detect. In addition, these UAVs can quickly cover large and difficult-to-reach areas, reducing staff numbers and costs, and do not require much space for their operators."

Israel has long harnessed advanced drones for military surveillance, and recently sold a fleet of so-called 'spy drones' to the Irish army; the US FBI has also used drones for surveillance and tracking for several years. In Australia, a new $50 million Defence Cooperative Research Centre will develop long-range drones, automated vehicles and robots to help Australian soldiers fight the wars of the future. India is currently looking to military-grade UAVs for maritime and other surveillance and intelligence gathering, Brazil's São Paulo last month became the first Latin American city to use drones for public security surveillance, and the German city of Hamburg this week said it would deploy surveillance drones as part of its arsenal against an expected 100,000 demonstrators at the G20 summit this weekend.

In Australia's New South Wales, the authorities are even using helicopter and drone surveillance along the coast to protect holiday makers from rip currents and sharks.

"Drones are ideally suited for reconnaissance or rapid situation awareness with application for ground force units to detect and monitor potential threats; and they also provide an additional oversight in instances where security guards are deployed to ensure their adherence to patrolling routines. Their speed, size, maneuverability and additional technologies make UAVs the perfect supplement to ground security teams seeking to perform monitoring tasks more quickly and efficiently. Drones have a competitive edge over stationary cameras, as intruders can't easily step out of sight, and they can cover areas that are normally out of reach. Security drones add a whole new dimension to surveillance, safety and security, and as such, we can expect them to be commonly in use in every country in the world within just a few years," says Airborne Drones.