Robots as inconspicuous as they are ubiquitous represent the vision of researchers in the new and burgeoning field of material robotics.

With ‘Material Robotics,' Intelligent Products Won't Even Look Like Robots

In an invited perspective paper published today in Science Robotics, Oregon State University researcher Yiğit Mengüç and three co-authors argue against looking at robotics as a “dichotomy of brain versus body.”

Mengüç and collaborators from the University of Colorado, Yale University and École Polytechnique Fédérale de Lausanne take a view that seeks to dissolve the basic assumption that robots are either “machines that run bits of code” or “software ‘bots’ interacting with the world through a physical instrument.”

“We take a third path: one that imbues intelligence into the very matter of a robot,” said Mengüç, assistant professor of mechanical engineering in OSU’s College of Engineering and part of the college’s Collaborative Robotics and Intelligent Systems Institute. “The future we’re dreaming of is one of material-enabled robotics, something akin to robots themselves being integrated into day-to-day objects.”

Such as footwear, for example.

“Shoes that are able to intelligently support your gait, change stiffness as you’re running or walking, or based upon the surface you’re on or the biomechanics of your foot,” Mengüç said. “That’s one potential product. Examples of that kind of material intelligence abound in nature, where complex functionality results from systems of simple materials.

“The point here with something like a self-adjusting shoe is it no longer resembles a robot – that’s kind of the direction of ubiquity we’re imagining.”

Mengüç notes that as technology becomes more capable it tends to follow a pattern of disappearing into the background of everyday life.

“Take smartphones,” he said. “Autocorrect, a very small and impoverished version of artificial intelligence, is ubiquitous.

“In the future, your smartphone may be made from stretchable, foldable material so there’s no danger of it shattering. Or it might have some actuation, where it changes shape in your hand to help with the display, or it can be able to communicate something about what you’re observing on the screen. What I would see as success for material robotics is where the technology we make is not static anymore – all these bits and pieces of technology that we take for granted in life will be living, physically responsive things, moving, changing shape in response to our needs, not just flat, static screens.”

“The convergence of these approaches will ultimately yield the next generation of material-enabled robots,” Mengüç said. “It’s a natural partnership that will lead to robots with brains in their bodies – inexpensive and ever-present robots integrated into the real world.”

Joining Mengüç in authoring the paper were Nikolaus Correll of the University of Colorado, Rebecca Kramer of Yale, and Jamie Paik of École Polytechnique Fédérale de Lausanne in Switzerland.

They were invited to contribute their thoughts on the state and direction of material robotics after organizing a workshop on the subject at the “Robotics: Science and Systems” conference held in July at the Massachusetts Institute of Technology.

About the Collaborative Robotics and Intelligent Systems Institute (CoRIS):
The OSU College of Engineering established CoRIS in 2017 to advance the theory and design of robotics and artificial intelligence. The institute is committed to exploring the impact of robotics and AI on individuals and society through its three principal impact areas: academics, research, and deployed systems and policy. It is made up of 25 core faculty researchers and 180 graduate students, and another 40 collaborators across the university who apply robotics and AI in their work. 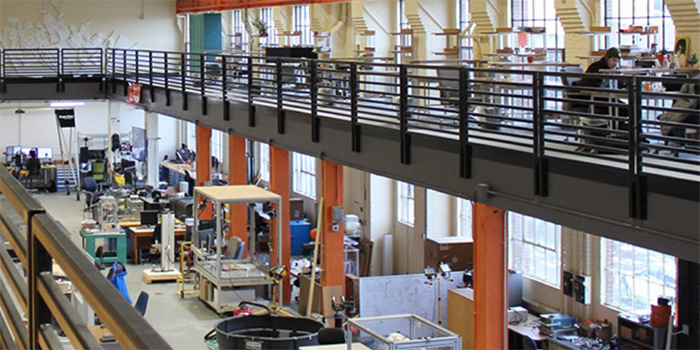