Upon detecting a force that results in damage to one of its extremities, the machine immediately begins coordinating the movements of the remaining parts, allowing it to continue operating despite the injury sustained. 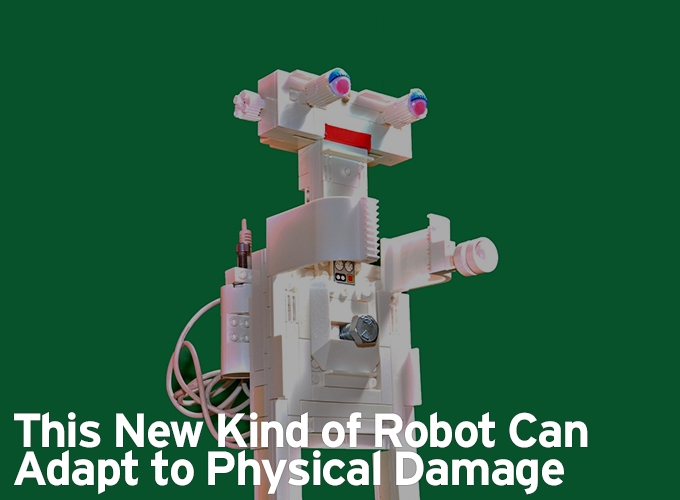 People increasingly depend on robots to go into dangerous areas that could put humans in harm’s way.

However, if the robots suffer severe damage while carrying out tasks in the risk-filled settings, they could become inoperable, forcing individuals to go into the danger zones to retrieve them.

Scientists from Tohoku University and Hokkaido University in Japan have engineered a robot able to repair itself immediately.

The Scientists Used Starfish-Like Creatures to Inform Their Research

Typical robots could take as long as several minutes before self-repair efforts occur. However, to speed up the process for this new high-tech android, the research team turned their attention to brittle stars. Closely related to starfish, brittle stars have five legs they use to crawl across the ocean floor.

Despite not having an advanced central nervous system, the brittle starfish can adapt its motion and continue making progress after losing a limb. Researchers verified that by gathering 10 fully developed brittle stars, amputating their legs and studying how the creatures reacted to the loss.

Based on what they learned, the scientists came up with a brittle star-inspired robot with a decentralized movement mechanism. The bot has a body with five arms, each of which has a “spine” attached to it that ensures adequate friction between the appendage and the ground.

Upon detecting a force that results in damage to one of its extremities, the machine immediately begins coordinating the movements of the remaining parts, allowing it to continue operating despite the injury sustained. It achieves this in just a few seconds, meaning that downtime for the robot is almost non-existent.

The feat achieved by the Japanese scientists is impressive, but it isn’t the lone example of building a robot that adapts to adversity. In 2015, a group of scientists at the University of Wyoming made a walking, six-legged robot with an arm that could pick things up. They then disabled one of its legs and recorded video footage of the outcome.

Initially, the robot writhed and seemed unable to move. However, within two minutes, it figured out a way to move despite the uselessness of one of its limbs.

The researchers clarified that the robot operated through an “intelligent trial and error” approach that spanned beyond its original programming, which enabled it to come up with new ways to get around that surprised its creators.

For example, in one experiment, they attempted to make the robot walk without any use of its legs and assumed it would fail the task. However, the gadget turned over and started to move by using its elbows.

In another example of robotic innovation from Tohoku University scientists, they invented a snake-like robot that enters collapsed buildings with a camera to look for people trapped inside. During testing phases, they found the robot encountered difficulties due to obstacles in its path r camera blockages. So, the scientists are evaluating ways to deal with the first problem by equipping the robot to climb up and over objects up to seven inches high.

It’s easy to see how these adaptive and hardy robots could assist people with needs related to dangerous situations. They could also become staples in the military. Russia is reportedly scaling up its military-ready robotic fleet in 2018, and whether used in that country or elsewhere, robots that can rebuild themselves or otherwise handle tough situations could be economically feasible because it’s not necessary to build as many replacements.

These robots might also appear in the household and consumer markets. Some robots help busy families clean the house or offer assistance to people who are unable to care for themselves fully.

It’s not as likely that those would become broken as the ones in war-torn areas or those devastated by disasters. However, people could still accidentally step on them and know that a broken limb on the robot would not take the gadget out of commission.

As these examples indicate, technology in the world of robotics is rapidly advancing.

We can only wait and see what the future will hold and how these applications will improve the ways we work and live.