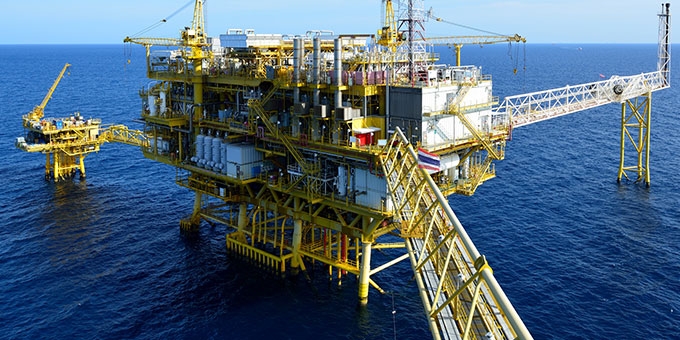 It’s predicted that the robotics market will value over $134 billion in 2019 yet only a small fraction of it comes from the oil and gas industry. That’s a surprising fact and by no means in a good way as this industry has the potential to benefit immensely from the adoption of automation. The good news is that the situation seems to be changing, though very slowly. Now the first ever fully automated robot will be doing all the checks on a rig in the North Sea. The success of this project is vital for the future of the industry and the health of the planet.

Why Does the Oil and Gas Industry Need Robotics and Automation Right Now?

Accidents on offshore oil rigs cause billions of damage and affect the environment in tragic and irreversible ways. They also cost hundreds of human lives and that state isn’t likely to change as even with the stringent safety protocols a worker on an offshore oil rig is six times more likely to die on the job compared to an average worker on the continent.

167 lives were tragically lost during the Piper Alpha disaster of 1988. 11 brave workers died during the Deepwater Horizon tragedy, which also caused immeasurable environmental damage to the Gulf of Mexico because that incident caused 4.9 million barrels of oil to spill into the ocean.

Both these incidents caused the industry heads to rethink the way things are done on gas and oil rigs and adopt more efficient safety protocols. However, it was the Deepwater Horizon fiasco of 2010 that finally kicked the industry into considering the use of automation.

The exact reasons for why it took so long for one of the most dangerous industries in the world to start adopting robotics are unclear. Extremely high costs are definitely a factor as robots fit for work on offshore oil rigs all require multimillion investments.

The overall automation of the industry has been slow, but focused and efficient. With the first ever fully automated oil rig robot launching this year, this might be the event that will kick off a full-scale industry automation.

The main goal of the entire oil and gas industry automation effort is to make it less dependent on human labor, especially in the most dangerous of tasks. The robot that will start working at a Total’s (French oil firm) Alwyn platform will be a fully automated inspector that will monitor all machinery at the platform with the hope of preventing any major incidents.

This robot was developed by Taurob, an Austrian company, with the software provided by the German university TU Darmstadt. The cost of the project exceeds four million of British pound sterling, making this inspector far more costly than sending a human professional. Yet should this robot prove to be a success, it might herald a major change in the industry. With the machine’s ability to inspect and monitor areas unreachable for humans, this single project might be the turning point for the implementation of automation and robotics in the oil and gas industry.

The experts don’t expect any drastic changes to occur right away. However, they predict gradual implementation of automation to the point where the majority of the offshore rigs will be more robotics than human within the next five years.

Other areas of automatics and robotics implementation on oil rigs today include:

The implementation of these tools has already allowed to move rigs from shallow to deep waters. Further automation and installation of sensors that allow monitoring the state of the equipment from the shore are sure to move the industry further.

One of the major concerns for the adoption of robotics in any industry is the loss of jobs. However, in this case experts explain that it shouldn’t occur as the machines will require human labor to maintain and operate. For the oil and gas industry the question is not about dismissing people who work on oil rigs, in extremely dangerous conditions, but to move them to the safety of the shore.