This brief coverage of some of the emerging uses of servo motors and drives emphasizes the improvements made possible as these components become increasingly advanced. Such progress should continue over the foreseeable future... 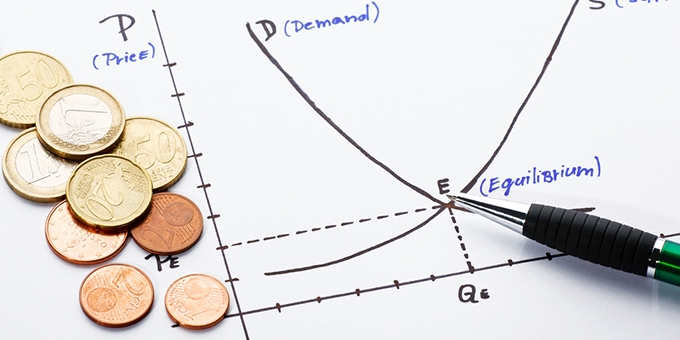 Thanks to Robotics Demand, Servo Motors and Drives to Grow to $15.92 Billion by 2022

Looking at market forecasts often highlights which markets are doing particularly well so people can investigate the likely causes behind the projected growth. Robotics applications are in high demand within factories, medical facilities and other places that meet society's needs.

Servo motors and drives, two components that allow individual sections of robots to move independently, should see substantial growth in the coming years. Those parts have been available for decades, but something that's different now than in the past is that companies are particularly dependent on robotics in new and inventive ways.

Also, industrial robotics aren't solely responsible for the ongoing and increasing need for servo motors and drives in robotics. Since those components allow for changing the angles of robotic parts, it's possible for robotics enthusiasts to build functional, but straightforward, robots that walk or otherwise move in fluid ways.

Some robots can even land safely after performing acrobatic flips. That improvement means such robots may eventually replace or supplement stunt crews in TV and movies.

According to a Markets and Markets report, the worth of the servo motors and drives sector should reach $15.92 billion by 2022. In 2015, the market worth was only $10.26 billion. That's still a substantial amount, but the change in a relatively short time shows the rapid evolution of industries that use servo motors and drives for their applications.

AC Servo Motors and the Packaging Industry Are Particularly Prominent

A press release that gave further details about the Markets and Markets findings revealed AC servo motors commanded the most market share for the forecast. The content suggested that because AC servo motors are so dynamic and highly capable, those characteristics help propel the growth.

The report continued by clarifying that the packaging industry will grow at the highest rate concerning the use of servo motors during the designated period. People in that sector need robotics equipment that's automated, fast and accurate. Servo motors help meet all those requirements and others.

One recently announced machine, the Effytec HB-26, is an automated setup that packages products by placing them into horizontal pouches. It handles up to 80 pouches per minute and offers a changeover time of only 15 minutes, whereas the typical time for a machine of this type is about four hours. Servo motors and drives are reportedly responsible for the speedier-than-average operation.

When installed in robotic equipment, servo motors and drives relieve humans of arduous tasks such as cleaning tools in environments filled with dangerous chemicals or lifting things that could cause people to strain their muscles or get even more severely injured. Automatic guided vehicles often include servo motors and drives, along with an array of sensors, onboard computers and attachments.

Those kinds of robotics fill a need similar to human-driven forklifts. However, they offer more diverse possibilities due to the way people can program them for all types of loads and enable them to move around the warehouse floor without requiring continual input. They typically work with a larger automated system, too, rather than as standalone pieces of equipment.

One of the advantages of servo drives and motors is the ability to build small versions that offer impressive usefulness for their respective applications. For example, the Twitter Gold servo drive from manufacturer Elmo Motion Control is approximately the size of a postage stamp and weighs less than 20 grams, yet provides up to five kilowatts of continuous qualitative power.

Potential applications for the servo drive — which recently won a technical innovation award — include surgical robots and collaborative robots, or cobots. The small design even allows for mounting the drive on robotic joints.

There are also servo motors capable of travel speeds up to 900 millimeters per second, and are ideal for short-stroke movements, such as bending and gripping.

A report showing the areas of the world with the most significant number of servo manufacturers and consumers indicates North America, Asia and Europe are the regions leading the way.

Besides the well-known names in the sector, such as Mitsubishi Electric Corporation, Galil Motion Control and Siemens AG, the research shows various smaller brands that have gained traction and could continue to do so throughout this expected growth.

This brief coverage of some of the emerging uses of servo motors and drives emphasizes the improvements made possible as these components become increasingly advanced.

Such progress should continue over the foreseeable future, as faster, smaller and more accurate robotics parts enable more growth.