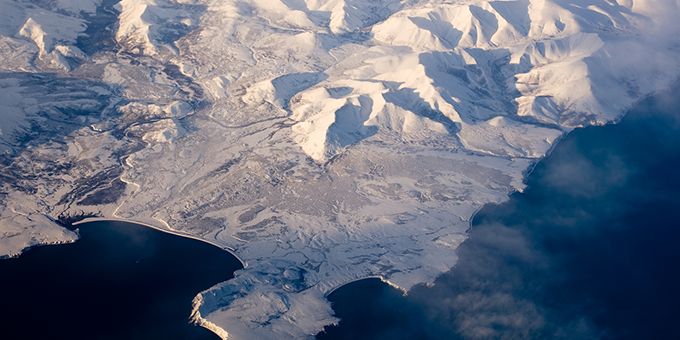 Looking toward the future of unmanned flight, specifically in terms of UAVs, there is a growing need to improve operational endurance in harsh weather conditions. More than ever, operators are required to increase the payloads of UAVs whilst reducing their logistical footprint. Add to this the need to enable longer missions in unpredictable environments, it is essential for engine manufactures to raise the innovation bar when designing new propulsion system technology solutions.

The aerospace and defence industries are continually evolving to meet the demands of civilian and military needs and the engineering of propulsion systems must evolve accordingly. Handling harsh environments is vital for maritime, military and commercial sectors. The role of UAVs in this space is to provide operators with reliable and to the minute information on the status and hazards of unforgiving terrains like the Arctic.

Ultimately, keeping UAVs in the sky comes down to the propulsion system. To enable systems to fly for longer and deal with the most extreme and hazardous of terrains it falls on engine suppliers to innovate and develop applications that can live up to the task.

Governments across the globe are preparing to tackle a wide array of issues, such as climate change and increases in populations. Equally, organisations and militaries are looking to new technology to enable efficient monitoring of life-threatening environments and surveying ecosystems and habitats in hard to reach locations.

UAVs will play a crucial role in this future, especially rotary unmanned aerial systems. Reaching inhospitable locations often presents a variety of logistical challenges. First and foremost is the cost of sending land-based patrols or manned aircraft, often from maritime vessels. This is where UAVs can enable operators to safely monitor terrains in a cost-effective and efficient way to better understand complex habitats.

Performing monitoring exercises in areas such as Antarctica where there is a real risk to life can be a major challenge. Through the use of well-engineered rotary UAVs, organisations can perform a variety of tasks with ease.

Over the years, rotary UAVs have grown in complexity in both robustness and the performance of the engines they run on. As the operational requirements for UAVs grows, engine manufacturers must continually innovate to improve power-to-weight ratios and reduce emissions to advance capabilities in harsh environments.

The requirement for rotary UAVs to operate in extreme temperatures such as the cold of the Arctic or the severe heat of warmer climates is essential for operators. This is where two-stroke propulsion engines play a vital role. Two-stroke applications present rotary UAV manufacturers with a range of benefits, including ease of maintenance with less moving parts and the ability to operate on heavy fuels – a must for corrosive marine environments. Rotary UAVs powered by two-stroke are capable of flying missions with a full payload in severe climates for more than five hours without overhaul.

Following recent trends at AUVSI Xponential and the Paris Air Show, there is high demand within the aviation industry for electric flight to reduce environmental impacts. As the industry moves towards hybrid and electric propulsion, new challenges will arise meaning it is crucial that OEMs raise the bar to power the next generation of UAVs.

Advancing the endurance of rotary UAVs requires innovation and refining the capabilities of propulsion technology. Electric power may be in high demand within the industry, but it comes with its own challenges and limitations, such as operational endurance and increased weight of motors and batteries. Pure electric flight capable of navigating harsh terrains is a long way off and will require significant advancement before it can provide the confidence fuel-based aviation provides.

A real option for UAV manufacturers to consider is the benefits hybrid-based applications can offer. Utilising both a combustion engine and an electric propulsion system can provide a bridge towards the future.

Hybrid UAV applications can deliver a variety of benefits if used effectively. A clear advantage is in improving range and reducing the logistical footprint for UAV operators. Powering a UAV using a hybrid system can be best achieved by running a combustion engine on a constant RPM to act as a generator to electrical motors powering the flight.

Just as extending the range of electric flight is attractive to the industry, safety and trust are key drivers behind the pursuit of hybrid applications. For UAV manufacturers, having the ability to convert to a backup motor should the main propulsion system fail could make all the difference in enabling a safe landing.

Ultimately, developing UAVs that can fly farther and for longer in harsh environments requires manufacturers to consider alternative fuel and power systems such as hybrid applications. Combining a two-stroke combustion engine with electrical propulsion is something Hirth Engines is actively pursuing to advance the future capabilities of unmanned systems and bridge the gap to pure electric flight. 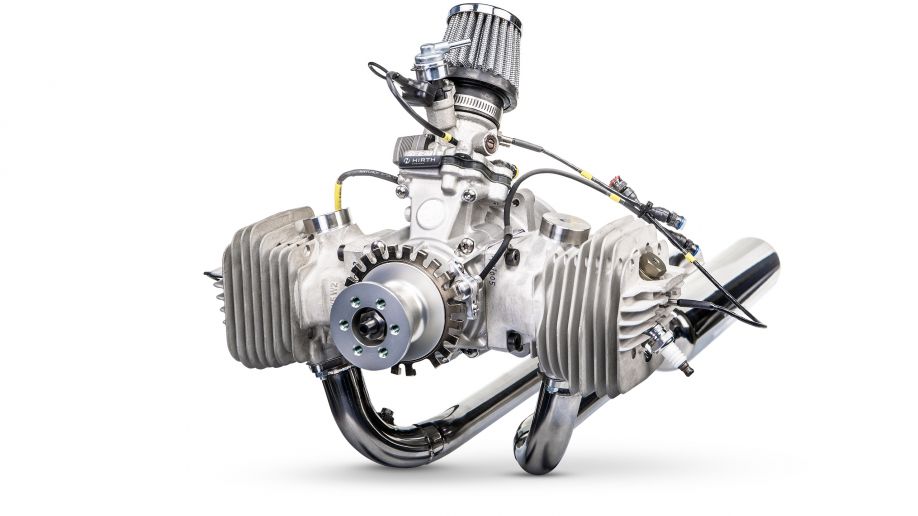 About Hirth
Hirth Engines GmbH, based near Stuttgart, with global sales operated from Vienna, has a long pedigree in the development of propulsion systems, stretching back to The innovative company was founded by German aviation pioneer and World War I ace Helmuth Hirth, a student of US inventor Thomas Edison, and collaborator with the Wright Brothers and Zeppelin.

The company has set its sights on consolidating its leading role in the development of two-stroke engines for a range of diverse sectors including:

Next generation R&D will focus on hybrid engines, based on the company’s winning formula of providing easy to maintain power to weight ratio propulsion technology across civilian and military applications.

For further information about Hirth’s portfolio of engines, visit: http://hirthengines.com/