Fuzzy Logic Repplix software module allows a robotic system to learn trajectories in a single gesture without any specific training. With the help of a portable learning device, an operator can transfer their professional know-how to the robot by simply executing their task.

Fuzzy Logic and CAIRE, on the Way to Automating the Painting Process 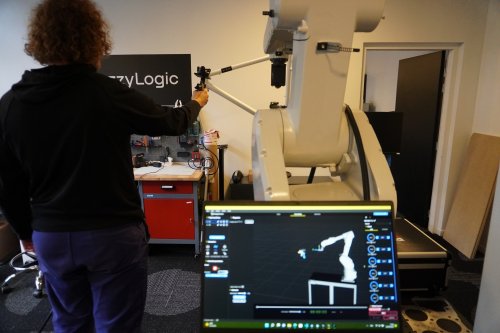 Fuzzy Logic, with its Repplix software module, allows a robotic system to learn trajectories in a single gesture and without any specific training. With the help of a portable learning device, an operator can transfer their professional know-how to the robot by simply executing their task. The task can then be repeated as many times as needed in total security. Caire specializes in the design and production of special machines as well as in the integration of specific processes. With the deployment of Repplix, they foresee the democratization of the automation of the processes of application of paint, varnish or other pulverized products.

Since 1987, Caire's teams have been assisting factories in the creation of special machines. They are experts in mechanics and automation master servo-controls, computer science, industrial vision and robotics. With their partner STI, they integrate numerous processes, including the application of products such as paint or varnish.

David Mangin, Business Manager at Caire, explains: "Currently, the vast majority of product application lines that we create or modify are manual lines that our customers want to robotize. However, programming a robot for small series production activities with great diversity involves many trajectories, which is time-consuming and requires the intervention of a highly qualified roboticist. This difficulty, coupled with the scarcity of skilled painters, hinders their robotization.
Caire’s rare customers who do use robots on their product application lines also face programming difficulties. Faced with the number and diversity of parts to be processed, they create "approximate" or rough trajectories that cover all the parts to be processed. Some of these trajectories are then reprogrammed for greater precision, which requires several weeks of work by the roboticists. Despite these adjustments, the trajectories do not always match the parts completely. This then requires complex air flow and product flow adjustments. Each adjustment requires the production equipment to be stopped.

Controlling a robot without programming, a unique software solution

Repplix solves this problem by eliminating robot programming and allowing the operator to create his own trajectories with millimeter precision.

Ryan Lober, CEO of Fuzzy Logic, explains: "With the Repplix software module, developed by Fuzzy Logic, it is easy to robotize where it was previously impossible. The robot becomes a precision tool in the hands of the operator and allows him to automate his task autonomously, without any intervention from a specialist.

Repplix works in a simple way: a portable teaching device, handled by an operator, teaches the software a trajectory. The software Fuzzy Studio provides a monitoring system via a real-time digital twin of the robotic installation, and takes into account collision monitoring and the feasibility of the trajectories in the robot's environment. Furthermore, alerts are set up to warn the operator on the fly. The trajectory capture associates several process parameters such as the trigger pull of the gun and its flow rate. The operator, who isn’t a robotics expert, can then modify the trajectory and process parameters via the graphical interface, even after the trajectory has been taught.

Then, using Fuzzy Studio, the cycle is launched and the robot executes the application exactly as it was demonstrated by the operator. The speed at which the robot moves is set directly in the software and can be modified from the learning speed. The cycle is performed autonomously by the robot, without the need for operator supervision. The operation is repeated in a few minutes for each new series of parts to be processed. Another advantage is that the module can be used immediately, without any real training being required.

David Mangin adds: "While Repplix takes control of the robot and pilots it on the fly, we are working with Fuzzy Logic on securing the process and interfacing Repplix with the safety PLCa integrated into the system. Our roboticists have started to define exchange tables to control external actions via Repplix, such as the triggering of cylinders, motors, application guns and flow regulators, etc. This safety aspect is designed within a normative framework.”

Ryan Lober concludes: "Allowing expert painters to show a robot how to execute an application changes the whole game. The expert passes on their know-how intuitively to a robot that takes care of repeating it. The robot allows the expert to multiply his or her productivity and allows the factory to imagine new manufacturing processes. This is what we call Automation Independence."

Three projects in collaboration with Caire are set to be deployed in the near future with a major aerospace player. Repplix will be used for product application on parts with high production variability. The line is scheduled to be installed in September 2023. 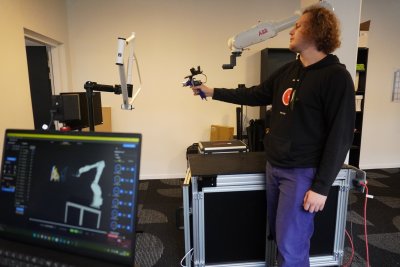 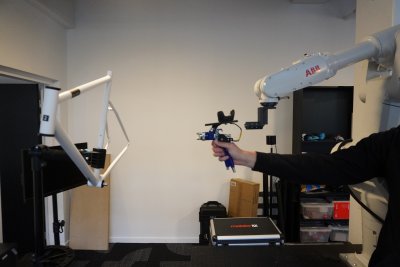 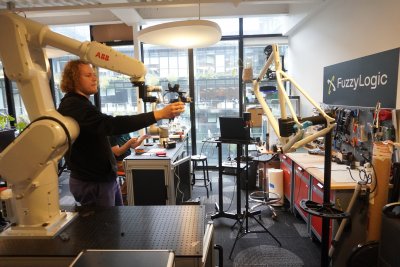