The task has galactic dimensions: Over the next five years, SDSS V plans to observe four million stars and 300,000 black holes, analyze spectra and material composition, reconstruct cosmic development histories and verify physical models of the birth of the galaxy. 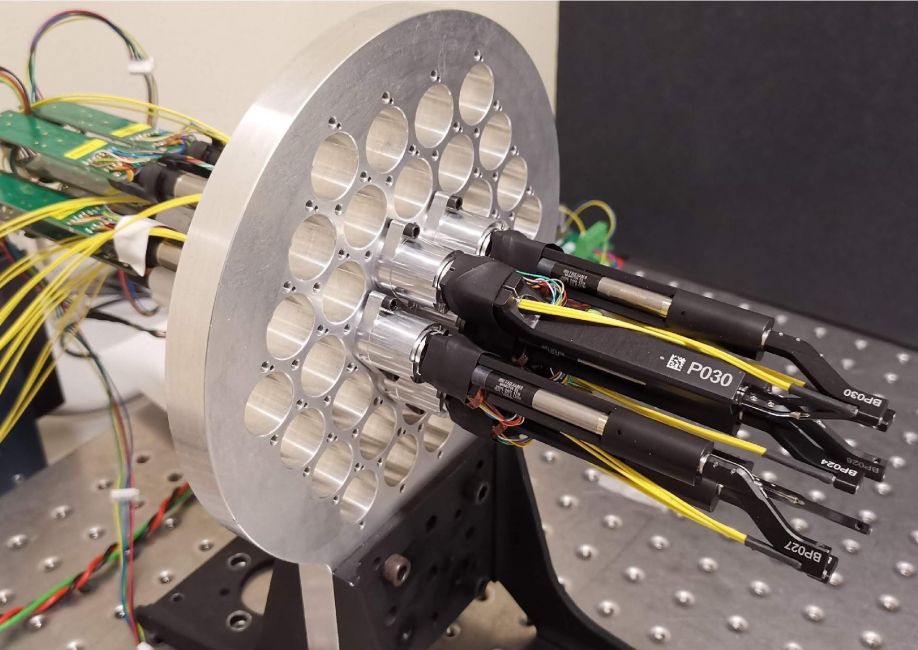 Among other things, two optical large-scale telescopes in the northern and southern hemisphere will be used for the major international project. Fiber optics collect the light from the celestial bodies. The extremely precise alignment of each of the fibers is performed by 500 small robots, which are driven by FAULHABER motors.

SDSS stands for "Sloan Digital Sky Survey" and is a cooperative alliance of astrophysicists from around the world. Over the past year, they have already presented the largest 3D map of the universe and thereby marked a milestone in astronomical research. Equipped with numerous telescopes and other scientific instruments, the researchers are working constantly on a wide range of projects.

The latest is SDSS V, which aims to enable another qualitative leap in the understanding of the physical processes in outer space. The project will make possible the "first spectroscopic observation of the entire sky in various astronomical dimensions of time in the optical and infrared light spectrum." In total, more than six million objects are to be targeted.

How planets are formed

Among the objectives of this endeavor is the reconstruction of the history of our home galaxy, the Milky Way. Moreover, researchers plan to retrace the formation of the chemical elements, decrypt the inner workings of stars, examine the formation of planets and answer many of the open questions that remain with regard to black holes.

Another aspect is the mapping of the interstellar gas masses of the Milky Way – a thousand times more precisely than previously – to describe the "self-regulating mechanisms of galactic ecosystems." The data related to black holes and for the measurement of the Milky Way are to be collected by two large-scale telescopes: Apache Point in New Mexico and Las Campanas in Chile.

"With the dual perspective from the northern and southern hemisphere, we can view the sky in all directions," explains Jean-Paul Kneib, professor of astrophysics at Ecole Polytechnique Fédérale de Lausanne in Switzerland. "We have also used the two telescopes in the previous SDSS projects. With SDSS V we are now making a true quantum leap with regard to the efficiency of the observation and the amount of collected data."

Placed in the telescopes are optical fibers that are targeted at specific objects in the universe. Individual stars or the luminous accretion discs of black holes can be precisely observed and analyzed. "Previously, we had to have special plates fabricated for each of the different observation tasks. It took several weeks for each plate to be prepared. The mounting of the fibers was then secured in the plate by hand – a very complex and time-consuming process," reports Jean-Paul Kneib.

With the new technology developed specifically for SDSS V, the rearrangement of the fibers will take no more than a minute instead of weeks. Because now the fibers are adjusted by means of 500 small machines – referred to by the astronomers as "robots" – in each of the two telescopes. This also allows the researchers to respond immediately to unpredicted cosmic events.

If, for example, other telescopes discover a current event such as a supernova, one of the optical elements can be aligned with it with practically no time delay. This enables a detailed analysis of the physical-chemical processes within a time span of supernova development that was not previously possible with this type of instrumentation.

Each of the small robots consists of two slim cylinders arranged lengthwise with a curved extension at the front end. The rear, thicker cylinder is secured in the plate of the telescope. It forms the alpha unit and turns the central axis of the robot. Mounted eccentrically to the front of this is the beta unit. It likewise moves the fiber tips in the curved end in a circular path.

Through the combination of the two axial movements, the fiber tips can be freely positioned within a circular area. Each circle covered by one of the robots partially overlaps the circles of the adjacent units. In the detection range of the telescope, each point of the sky can thereby be automatically targeted.

Three optical fibers are arranged in the small robot. One is designed for light in the visible spectrum and one for the infrared spectrum. The third is used for calibration. With its help, the fiber tips are moved into position in three steps with an accuracy of just a few micrometers: In a first rough alignment, the two motors turn until the fiber intended for the observation is directed at the target object with a deviation of, on average, 50 micrometers. A camera in the telescope that is directed at the front ends of the robots now detects the tip of the calibration fiber and measures its position. In two further positioning steps, the robot head is then moved into position with a precision of better than five micrometers.

"Because we save an enormous amount of time with the automatic alignment, we can observe many more objects and perform a corresponding larger number of individual measurements," explains Jean-Paul Kneib. "This effect is raised to an even higher power through the high precision. The diameter of the optical fibers is one hundred micrometers. The diameter of the light spot from an observed cosmic object that hits the telescope is just as big. The more exact these two small surfaces are aligned with one another the greater the light output we have for our measurements and the faster we obtain valid results."

The technical prerequisites for this extreme accuracy are provided by motors and gearheads from FAULHABER as well as the mechanics developed specifically for this application by FAULHABER subsidiary MPS. The two robot axes are driven by brushless DC-servomotors of the 1218 ... B series for the alpha axis and the 0620 ... B for the beta axis. The first two digits of the type designation indicate the diameter of the microdrives: twelve and six millimeters. Their force is transferred to the robot mechanics by means of suitable planetary gearheads. The robot mechanics used here were developed and constructed by MPS. Integrated encoders report the rotary position of the motors to the controller.

"To achieve the required precision, we had to eliminate the backlash in the system," explains Stefane Caseiro, who was responsible for the design of the components at MPS. The engineers accomplished this by, among other things, replacing the conventional coupling between the gearhead shafts and the mechanical axes of the robot with clamp connections and by installing a compression spring to make the gearhead backlash-free. "Finding the suitable springs alone took several months," recalls the MPS engineer.

The search for the right partner for this technical development took Professor Kneib's team less time. "There are not even a handful of manufacturers in the entire world who can produce the micromotors with the required quality and durability," says the astrophysicist. "FAULHABER was, of course, on the short list of companies from whom we requested a quotation. We had already worked together successfully with MPS in a prior project. The physical proximity to these specialists is, of course, also an advantage – it is located just an hour and a half drive from the university in Lausanne to MPS in Biel. In addition to the outstanding quality and the good mutual experiences, a very decisive argument was that FAULHABER, together with its subsidiary MPS, can supply everything from a single source." 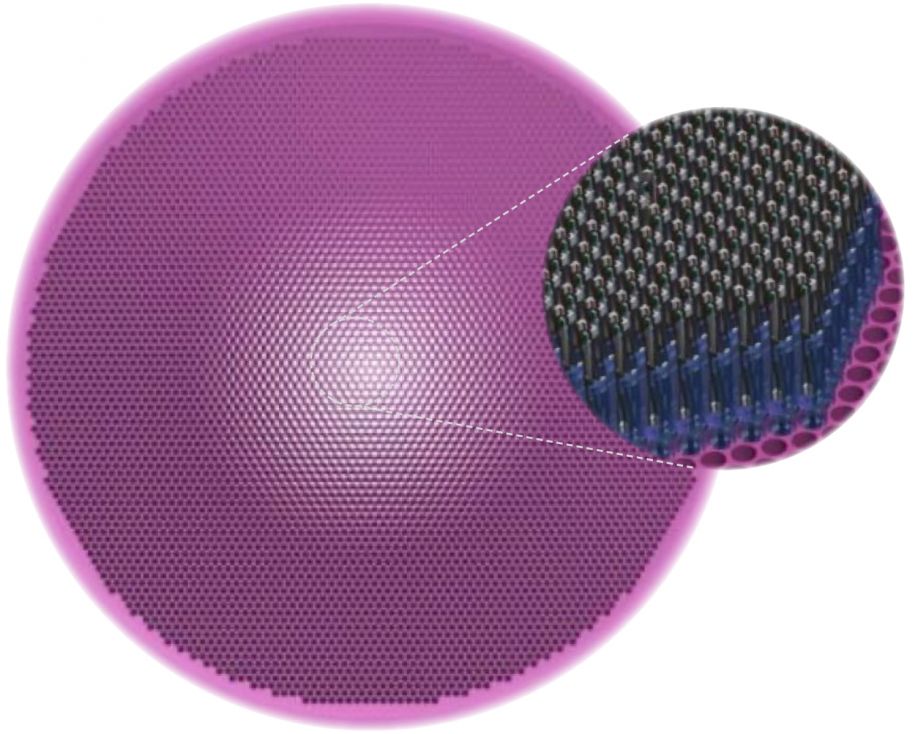 About FAULHABER
The drive experts from Schönaich FAULHABER is specialized in the development, production and deployment of high-precision miniaturized and miniature drive systems, servo components and drive electronics with up to 250 watts of output power. This includes putting into effect customer-specific packaged solutions as well as an extensive range of standard products, such as Brushless Motors, DC-Micromotors, Encoders and Motion Controllers. The FAULHABER trademark is recognised worldwide as a symbol of high quality and reliability in complex and demanding application areas, such as medical technology, factory automation, precision optics, telecommunications, aviation and aerospace, and robotics. From the powerful DC-motor with a continuous torque of 224 mNm to the filigree micro drive with an outer diameter of 1.9 mm, the FAULHABER standard range can be combined in more than 25 million different ways to create the optimum drive system for a particular application. At the same time, this technological construction kit is the basis for modifications which allow to configure special versions to meet the specific needs of customers.