Germany's Siemens to Set up Robotics Research Center in China 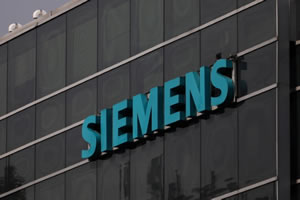 Reuters:  German industrial group Siemens said on Thursday it was setting up a robotics research center in China, the world's biggest market for industrial robots.

The Chinese government has said robotics is a strategic priority, part an effort to encourage technology innovation in its industry.

The Siemens research center at Beijing's Tsinghua University would focus on combined mechanics and electronics, human-robot collaboration and the application of artificial intelligence in robotic controllers, the German firm said.

"Siemens is investing heavily in the future of China and partnering with the country and many customers on its way to digitalization," the Munich-based group's Chief Technology Officer Roland Busch said.

Siemens makes about 14 percent of its sales from its digital factory industrial hardware and software division, one of its fastest-growing businesses. Its other businesses are in energy, transportation and healthcare.

China is one of the group's biggest research and development (R&D) locations, with 20 R&D hubs and more than 4,500 researchers and engineers.  Full Article: