How Switzerland Became The Silicon Valley Of Robotics 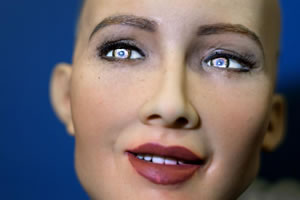 Andrew Cave for Forbes:  Switzerland. Mountains, lakes, chocolate, fondue and banks? Right? Only partly. The Alpine nation is now “the Silicon Valley of robotics," according to Chris Anderson, chief executive of 3D Robotics.

Zurich boasts Google’s largest campus outside California, employing nearly 2,500 engineers, including more than 250 artificial intelligence specialists, with capacity to grow the total workforce there to 5,000.

The Swiss office of Disney meanwhile carried out the computer graphics working  for the movie-maker’s Frozen super-hit. And the key personnel and technologies of Deepmind, the artificial intelligence firm acquired by Google for $500 million just four years after its formation, emanate from Lugano IDSIA Lab, a research institute ranked in the world’s top ten for AI.

Switzerland has emerged as a serious competitor to California for the technologies, people and funding that will power the world’s fourth socio-economic revolution.

Ranked for the past seven years as the world’s most innovative country by Cornell, the World Intellectual Property Organization and the INSEAD business school in Paris, the nation has also been selected by accountants KPMG as the world’s best-prepared country for long-term change — a measure highly relevant for robotics and automation pioneers who seek to shake up the societal status quo.  Full Article: