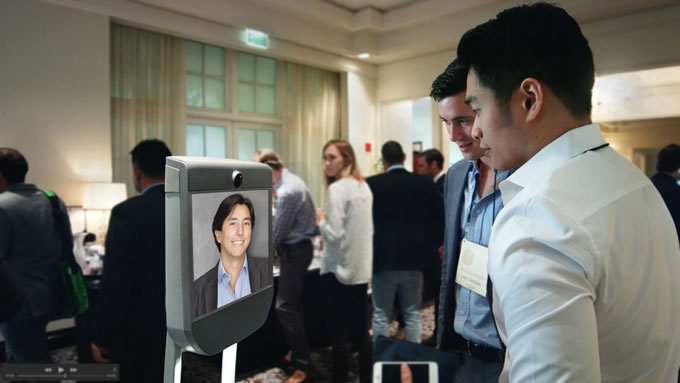 Blue Ocean Robotics recently concluded an agreement with the American company Suitable Technologies, Inc, one of the world’s leading brands of telepresence robots, acquiring all assets and rights in the robot Beam. The final conclusion of the agreement will follow a formal approval process in the USA.

Beam provides authentic eye-to-eye connection instantly across distance. Via a screen, camera, and microphone placed on wheels the user physically navigates around, receiving a live video stream from the remote location. Thousands use Beams worldwide, among them Microsoft and VMWare and President Obama. It is used in many settings, from medical consultations, allowing sick children to interact with their school and friends, to industry consultancy and remote teamwork.

Blue Ocean Robotics has partnered with Suitable Technologies for 5 years. “Beam has been shown to deliver incredible value to our customers on a variety of parameters, such as reducing transportation and CO2 emissions, while also improving social relations with better, faster and more frequent communication between people,” says Claus Risager, CEO at Blue Ocean Robotics.

“The list of applications is endless. We see constantly accelerating sales which motivated us to acquire the Beam business,” says Risager. Blue Ocean Robotics develops professional service robots. Each robot is placed in its own subsidiary that handles global sales and support services. The acquisition of Beam, therefore led to the establishment of the subsidiary Beam Robots ApS.