5 Ways Automation Will Change the Nature of Work

Economists have worried about the demise of work since automation started transforming American factories in the mid-20th century. Now that AI is on the scene, industry and commerce are standing on the verge of perhaps the greatest rush into automation ever, and the questions have turned philosophical. What will change in the day-to-day way that work gets done, and what will be required of tomorrow’s workers?

For one thing, there’s still no agreement among experts on just how many jobs can or will be replaced by automation. But even putting aside how many jobs we lose or gain, what’s clear is that the concepts of employment and labor are now more in flux than they’ve ever been. Work won’t go away any time soon, but it will continue to change rapidly, and that change will often happen on a foundational level—in these five ways and more. 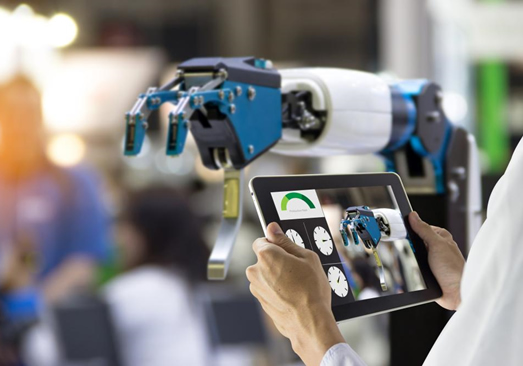 Most people’s jobs in today’s workforce are an amalgamation of tasks, and in many positions, there’s at least one manual task that could be automated. Whether it’s balky spreadsheets or monotonous manual barcode scanning, these tasks are going to be some of the first to be eliminated by automation. The shift will be substantial but could be a net positive. That’s because, with the more repetitive work automated, employees will likely end up taking on roles that are heavier on problem-solving and creativity.

In stores with self-checkouts, for example, cashier jobs are often shifting toward customer service and support roles, while positions in warehouses with automated inventory control can focus more on picking efficiency and accuracy. Manufacturers can now bulk-order customized parts such as electrical enclosures in just a few minutes, eliminating costly and unnecessary steps in the manufacturing process. So, while it might create some disruptions in how duties and positions are structured, the outcome will hopefully be a more engaged and creative workforce.

The U.S. economy has plenty of demand for high-skill jobs in fields such as healthcare and engineering. At the same time, there are many occupations that AI still isn’t great at, and these jobs are thriving. The market for janitorial services, for example, has a solid job outlook for the next decade. The “middle tier” jobs, however, may become an increasingly endangered species thanks to automation of everyday office tasks.

Some economists fear that this hollowing-out of the middle skill tier will further worsen income inequality as the “haves” take the high-paying jobs at the top and leave the “have-nots” stuck at the bottom. It’s not yet clear how the ramifications for income inequality will shake out, but it certainly gives extra urgency to the need for educational programs that train students for the jobs of the future.

Social skills are one of the major bottlenecks of AI. Researchers haven’t found a way to automate empathetic response, social cue-reading or the other subtle but critical skills of human interaction. Furthermore, these technological leaps aren’t considered likely to be solved any time soon. So, in the meantime, people skills are increasing considerably in importance.

The BLS projects a substantial increase in demand for jobs that delve into the human side, with strong employment potential for substance abuse counselors, social workers and psychologists. Moreover, just about every job now requires collaboration skills at some level, and employers say that the so-called “soft skills” are often difference-makers in the workplace. So, even as the strength of our AIs grows every day, it’s important to keep cultivating our social skills and our humanity. 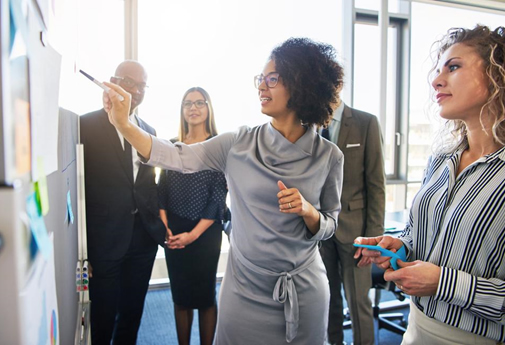 One important fact that researchers have learned about machine learning and AI is that it’s absolutely critical to feed the algorithms accurate and unbiased data. That’s because AI is particularly vulnerable to the “garbage in, garbage out” problem—if the data an AI learns from don’t give it a solid grounding in reality, it’s likely to produce useless or even harmful results.

The incorporation of AI into hiring practices makes this a particularly urgent issue to address. High-profile examples have already shown that incorporating poorly calibrated algorithms into hiring processes can produce discrimination against women and people of color, so any effort to improve diversity will need to include practices for accurate data collection.

On the operations side, meanwhile, data accuracy is just as critical for streamlining processes and creating comfortable facilities. A business that looks at the wrong data can make big missteps in organizing its operations, paying for features that employees don’t use or failing to detect when a procedure isn’t working. Having data collection infrastructure is only the first step. It has to be collecting the right data.

The Internet is rapidly shifting the physical landscape of work, and it’s likely to continue as more jobs can be done with not much more than a computer, a phone and an Internet connection. Work no longer has to be a place, only a thing you do. And the effects of decentralized employment will be, if you’ll pardon the pun, all over the map.

The rise of the “digital nomad” means that a freelancer can write code for a company in Florida from a beach in Italy, the work-from-home revolution offers new opportunities for parents and people with disabilities and the global nature of the new economy means that teams often have to collaborate across national and even continental borders. There are also exciting new opportunities for small businesses here, as low barriers to entry allow niche specialties and innovative products to thrive.

The 21st century workplace is already a wild ride, but it’s possible—maybe even probable—that the changes will only get more momentous. The best advice? Buckle up, prioritize flexibility and never stop learning and improving.